Catherine and I played the second session of our twelve-stage Flamme Rouge game yesterday. 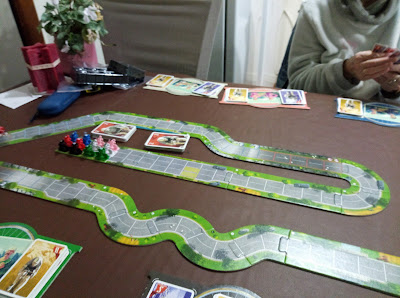 Stages Three and Four would be adapted versions of the Firenze-Milano and La Classicissima courses from the original game. You can see them in this montage of the six basic courses - red sections are climbs and blue descents, so this session was going to be very up and down - mostly up.

Here are the riders at the start of Firenze-Milano. As leaders, Catherine (Blue) and I (Red) are at the back of the pack. We also both had extra exhaustion cards added to our deck. You're supposed to do this as a handicap when playing against 'bot teams, but we forgot for the first two races. 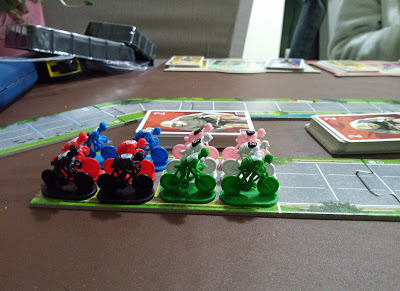 The start was a strange one, with most teams choosing to be very cautious. I'd decided to try getting out to the front from the start in this one, so ended up further ahead than I'd planned. Catherine had decided to play it safe, but the slow start meant that she got blocked by the other riders and forced to the back. 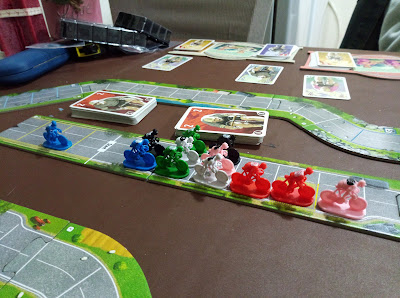 The race started in earnest. My sprinteur got absorbed into the main pack, but my rouleur forged ahead in second place. As the leader of the main pack I would pick up exhaustion cards every turn, though. 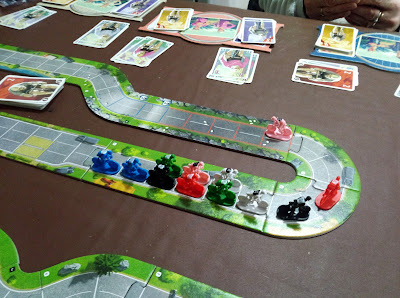 The first climb was dealt with fairy easily, and the riders entered a useful decent followed by a supply zone, both of which allowed them ti burn low-value cards for decent movement. I timed my movements to perfection, ditching a few exhaustion cards whilst maintaining my forward position. Catherine still hadn't recovered from her bad start, though, and lost ground on the ascent too. 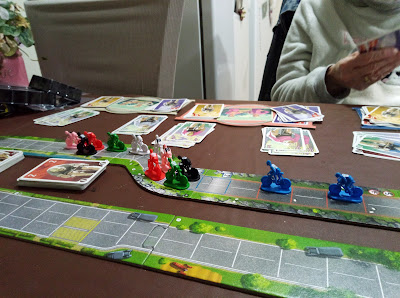 A small breakaway pack on the approach to the second ascent - I was in the lead at this point. 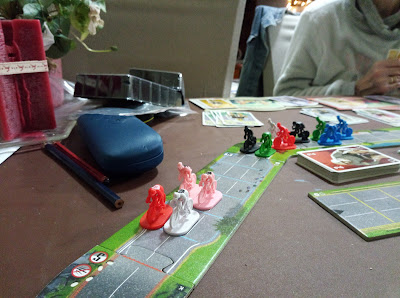 We crested the hill and it was now a sprint to the finish. 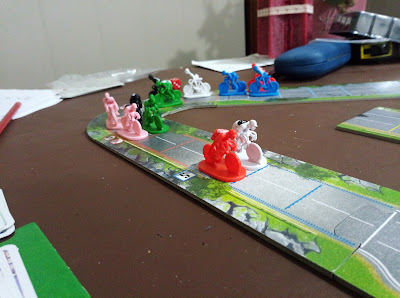 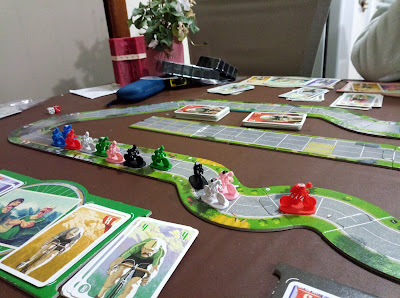 But not as good as all that. A poor draw on the last turn saw me finish just a little too slowly, and three other riders beat me across the line. I'd picked up a pile of exhaustion (some of which would carry through to the next race) and only got fourth place. Catherine's Blue team finished towards the back of the pack having spent most of their energy just trying to stay in the race.

Pink's rouleur picked up his second win, whilst Green was the highest-scoring team. 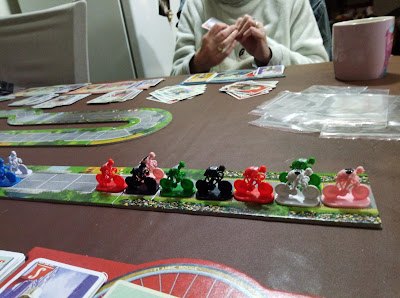 Stage Four, La Classicissima, took a little bit of redesigning, because of the way the start was set up, but I came up with a reasonable facsimile. This would be a tough race, with a couple of decent climbs in it. Once again I found myself near the front at the start, whilst Catherine lurked at the rear. 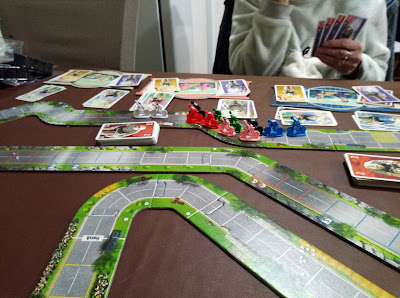 White established an early commanding lead after the first climb. 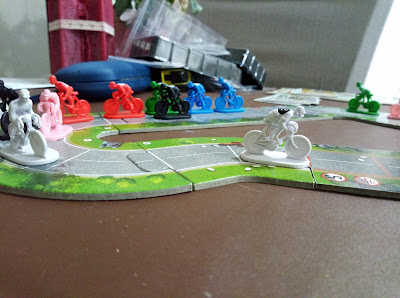 The second climb saw everyone close up again though. 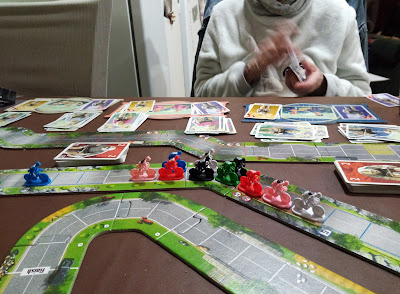 The third climb allowed a breakaway pack to form, and we looked set for an exciting finish. 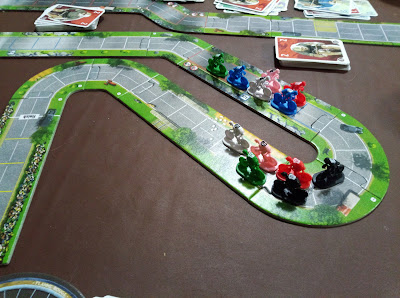 Into the final few spaces and it could still e anyone's race ... 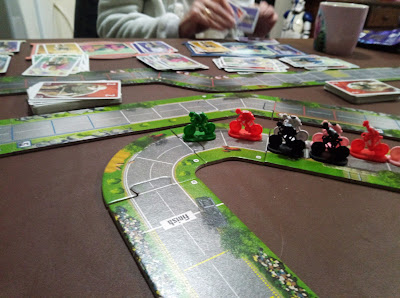 ... so exciting, in fact, that I forgot to take pictures until after we'd packed the board away!

Green won, and I picked up a nice second place. Black lost it in the final turn to finish in the second half, whilst Catherine managed to do better than in the previous race. Once again Pink finished well, but I was the top-scoring team. 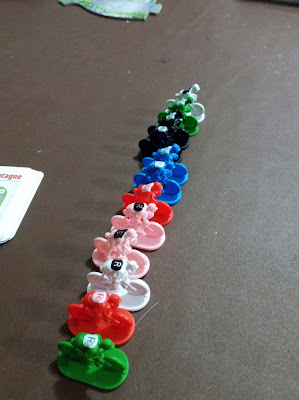 So, as we approach Stage Five, the scores are: