Over the weekend I found myself pottering about with my giant monsters. I was inspired by playing 'Tokyo Clash' to have another fiddle with the old kaiju game 'Monster Island'; I'd had it out a couple of years ago and felt at the time that I could smooth off some of its rough edges. 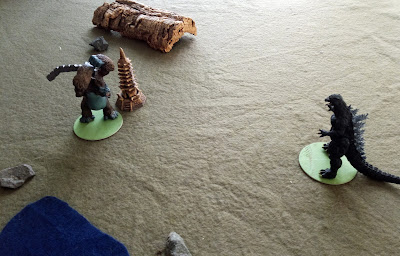 (As an aside this is an issue with gladiator rules, which can easily consist of two models hacking away at each other to the point where you may as well not have them. One of the things we tried to do with 'Munera Sine Missione' was create small moves and dodges that kept the fight travelling around the arena. ) 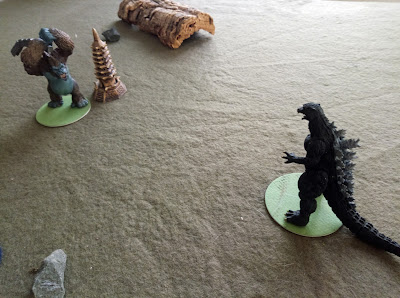 I have considered adding in some kind of automatic push back, and have some idea of how to do it (maybe driven by various doubles on the 3D6 roll to hit). But nothing solid crystallised. 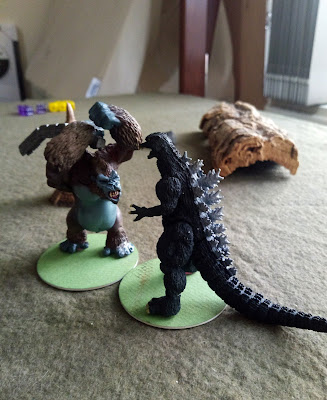 Anyway, after initially hurting Kong with a heat blast, Godzilla was gradually pummeled into submission. 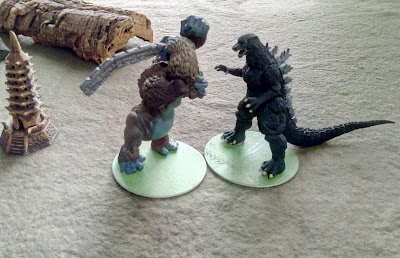 Afterwards I switched to the idea of was playing around with last year for a monster game based on 'What A Tanker' dice-pool system. As with the previous game, I didn't get very far with it, mostly because I was making up rules as I went along and none of them really seemed to work the way I want them to. I'm convinced there's a possible game there, but I haven't teased it out yet. 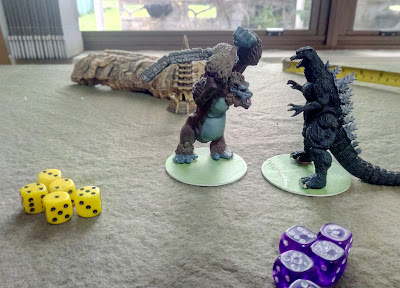 So unfortunately it was an unproductive session, but it was a nice distraction from the various things happening (or not happening) at the moment, so that was good.