I'm keeping my gaming brain ticking over in lockdown with the odd game of HOTT here and there. This one features John Carter's Helium against the Green Martian horde of Warhoon.

Helium defended and the Green Martians found themselves advancing through some bad going. 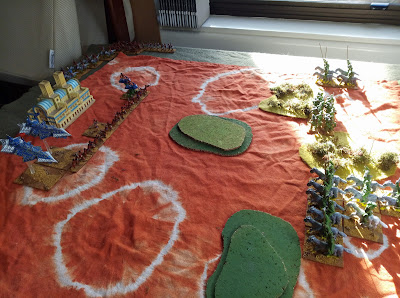 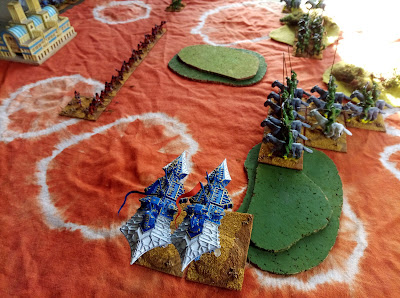 And attacked, before the Green Martians could extend their bunched-up riders into a line. 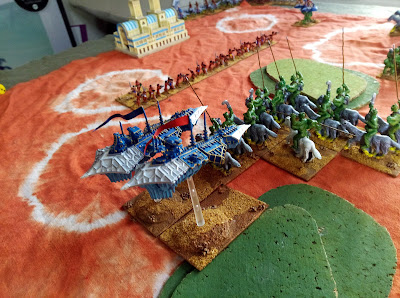 On the other flank some Heliumitic flyers hindered a flanking moved, whilst other Green Martians moved up with rifles. 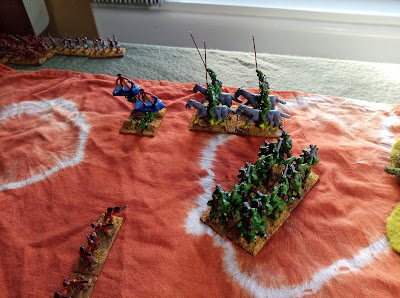 John Carter moved up to assist the aerial navy. The Green Martians turned to face the threat. 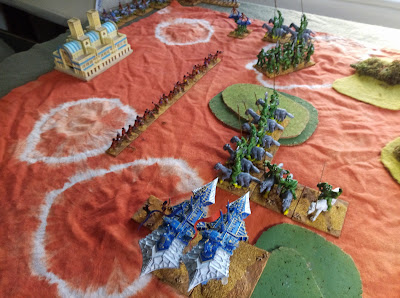 The Warlord attacked, cutting his way through more Warhoon warriors. 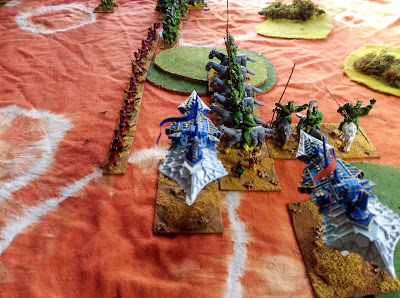 On the other flank Green Martian rifle fire was slowly driving the Heliumitic flyers back. 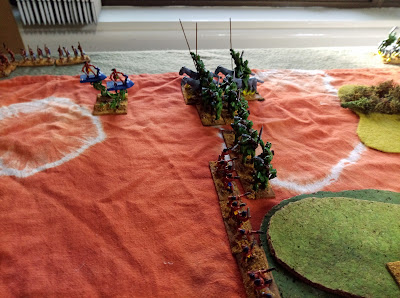 The Green Martian riders were now broken up and fell back, unable to effectively resist the combined attack of airboats and John Carter. 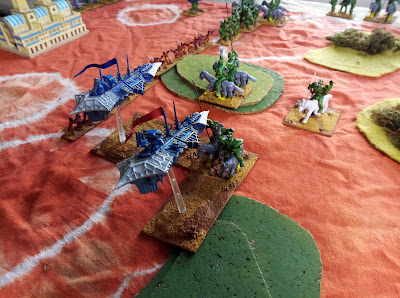 The army regrouped on their other flank. 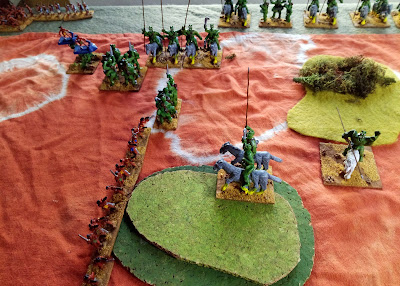 Rifle fire brought down the flyers. This now left the way to Helium's stronghold open. 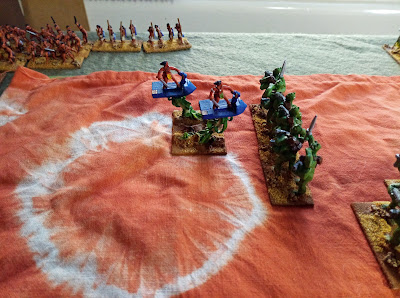 The surviving Green Martians had now turned their line through ninety degrees, and were threatening the Heliumitic left flank. But John Carter and the airboats were still moving up. 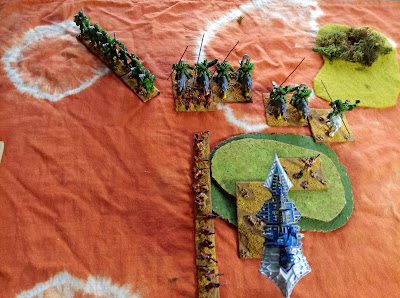 The Warhoon attacked teh Red Martian foot, whilst John Carter went onto the attack again. 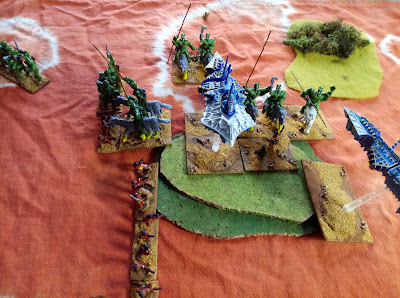 And the Green Martians were now marching on Helium's stronghold. 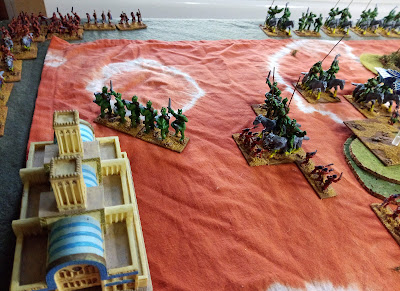 Furious fighting in the centre could have gone either way, but with a possible victory within their grasp the Green Martians prevailed, cutting through more Red Martian warriors. Could they capture Helium's stronghold before their casualties became too high to endure? 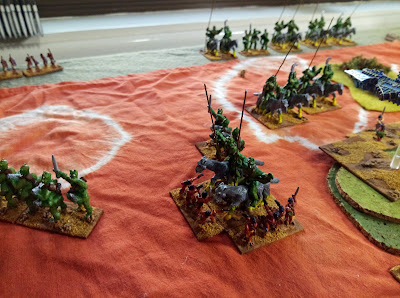 Two attacks on the stronghold were repulsed. 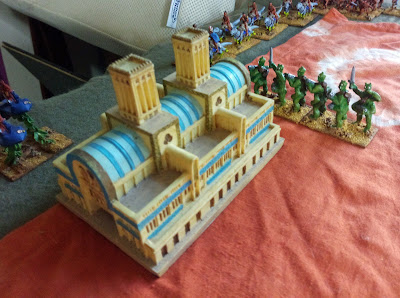 John Carter attacked with redoubled fury - Helium only needed to destroy one more element for victory, but that last kill was proving elusive. 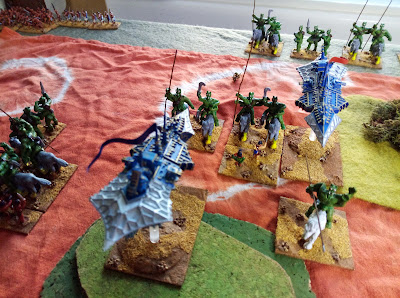 The Green Martian thoat-riders in the centre still couldn't break through to the stronghold, as rifle-armed foot failed to take it again. 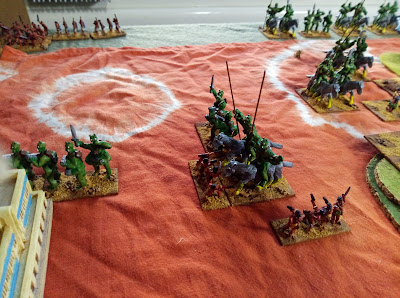 But it was too late. John Carter carved his way through more Warhoon thoat-riders to give Helium the victory. 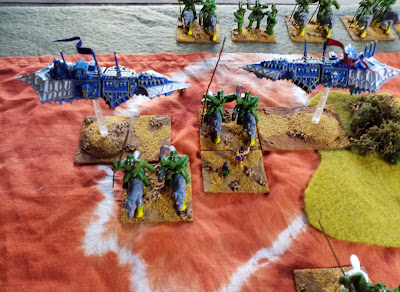 The Green Martians were outfought from the start, but got a lucky breakthrough on the flank to allow a possible stronghold capture. At one point a tie looked possible; Helium could have lost their stronghold on the same bound that the Green Martians lost 12AP, causing both armies to lose at the end of the same bound. It's the only possible tie condition in the game, and I don't recall it ever actually happening.
Posted by Kaptain Kobold at 12:10