Song Of Kobolds And Dwarves

I played a quick game of 'Song of Blades and Heroes' yesterday, since the figures were still to hand from Thursday's games. I used a similar Dwarf warband to the previous game, but with fewer traits and higher combat values: 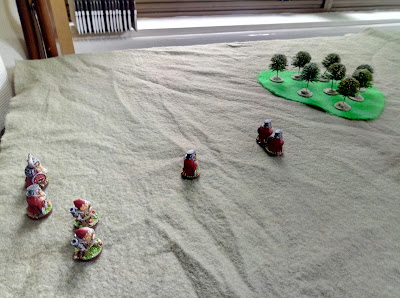 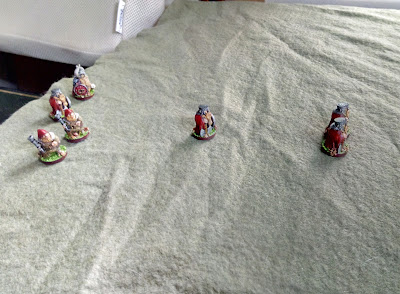 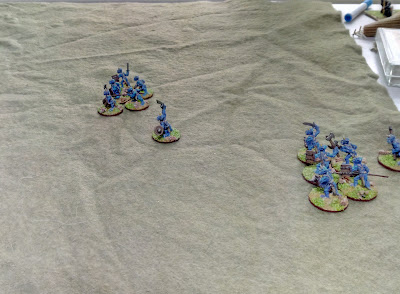 Both sides advanced slowly. The Dwarves were making for the gap between the wood and the rock outcrop where they could form a solid line and avoid being surrounded. The Kobolds moved both of their groups up. 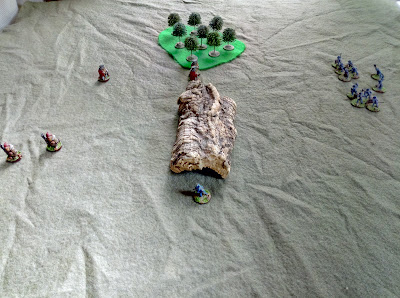 With a leader and the gregarious trait the Kobolds could move one group per turn fairly actively. They charged the Dwarf at one end of the line - the Kobolds with hand-weapons and spears pinned him, leaving the savage axe-wielder to make the attack. 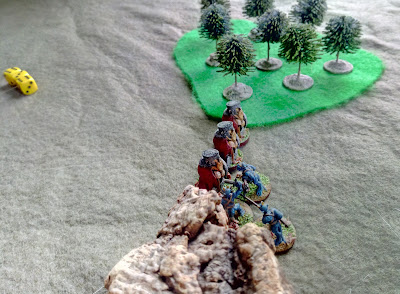 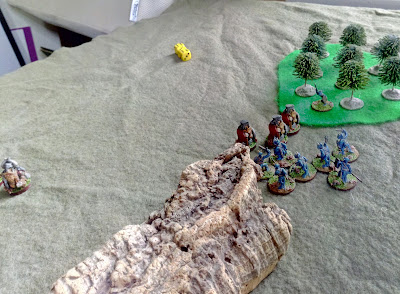 The Dwarves responded by counter-attacking, and got a gruesome kill on one of the Kobolds. The rest fled. 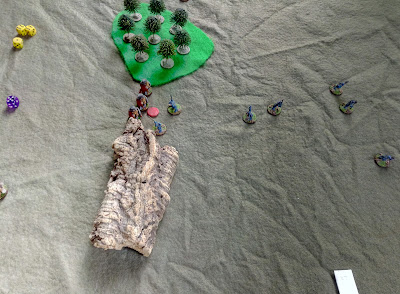 But their being gregarious paid off again, and they quickly regrouped, then went back into the attack. 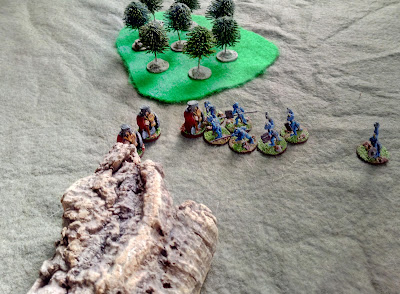 But another gruesome kill saw them scatter again. 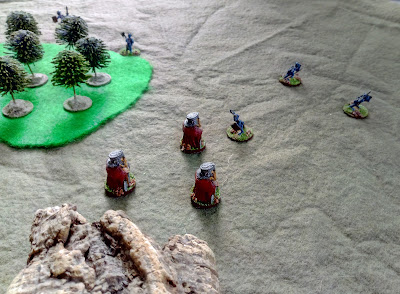 Once again they regrouped and went into the attack. 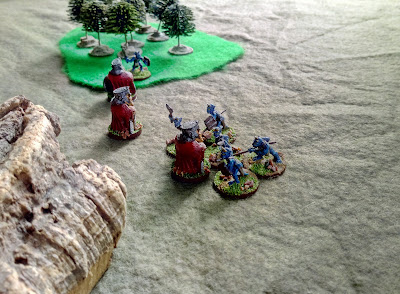 This time they were able to knock down one of the Dwarves ... 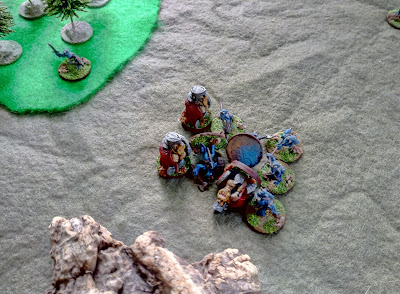 ... and inflict a gruesome kill of their own. But the steadfast Dwarves were mostly unconcerned. 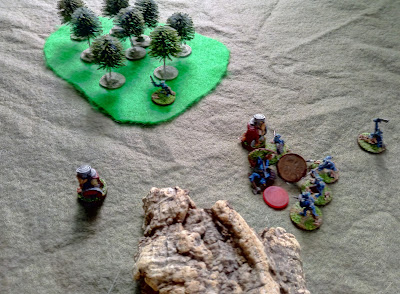 The Kobolds moved to capitalise on their success, but they were taking casualties. 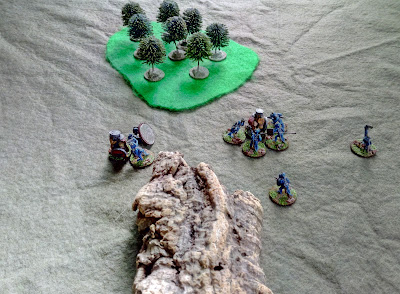 The remainder of the Dwarf warband had worked its way around the rocks and now attacked, led by the musketeers. 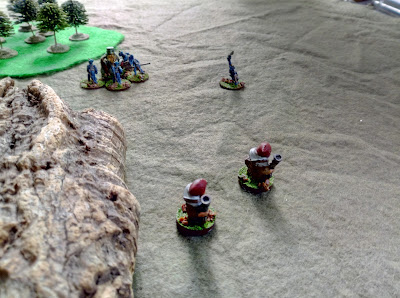 Another gruesome kill saw the Kobolds pushed to over 50% casualties, and have to take two morale tests. Most of their warband fled and I called the game at that point. The Kobolds had lost about nine of their twelve warriors, whilst the Dwarves had but a single casualty. 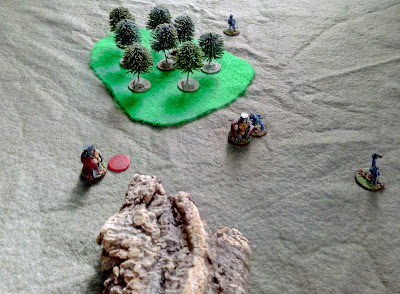 The Kobolds are tricky to use - you have to coordinate their attacks to get maximum outnumbering, and then resolve one of more combats with some decisive weapons. Unfortunately despite massing their attacks they couldn't convert their advantage to actual kills. However the Dwarves did seem able to do this, picking off Kobolds on the edge of the mob in one-on-one fights. And a morale check always saw the group break up. Still, I shall persevere with this entertaining Kobold warband.
Posted by Kaptain Kobold at 11:38

Email ThisBlogThis!Share to TwitterShare to FacebookShare to Pinterest
Labels: report, song of blades and heroes