Song of Blades and Heroes

Victor came down to Wollongong yesterday evening, and we played Song of Blades and Heroes, something I've not had out in a long while.
We did have some initial confusion, because whilst Victor had said that we'd be giving the Revised edition a go, I somehow interpreted that as the Advanced version, and designed my warbands accordingly. Revised is simply the 5th edition of the basic game, and doesn't have the more detailed traits of Advanced. Anyway we sorted out how to play the various things I'd selected and settled for the basic game. To be honest I'd looked through Advanced and decided that it was too fiddly for my tastes anyway.
In the first game I took Uruk Hai against a small, elite, force of Elves. I tried to use terrain to avoid their missile fire. 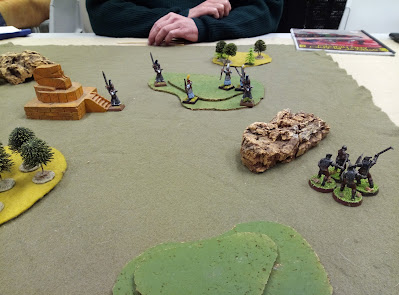 And laid down some fire of my own with crossbows (we ported them across from Advanced rather than try to rejig them as a set of basic game traits). They fire more slowly than the Elven bows, but had better range and hit modifiers. 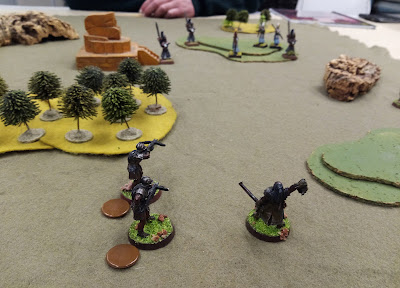 I sent in my berserker to pick off one of the archers. He got knocked down and killed. Embarrassing. 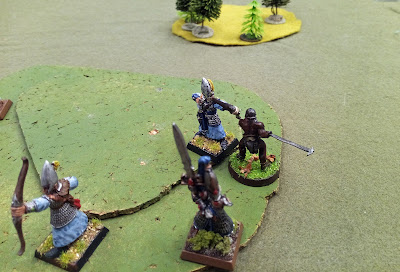 The rest of my warriors went in. They didn't do so well. The Elves had the high ground, and a gruesome kill saw the Uruk Hai scatter back to their baseline. 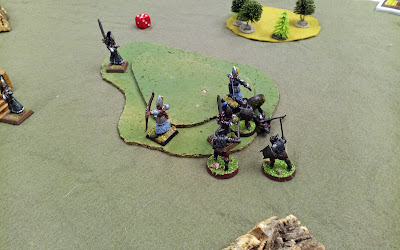 We regrouped around the crossbows, whilst the sneaky Elves wandered through the woods. 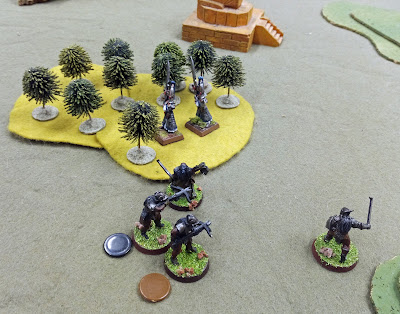 There was a scuffle, and Elf was knocked down, but the Uruk Hai leader was also killed. This took my warband over 50% casualties and, with the leader lost, forced a second morale test. The Uruk Hai fled. 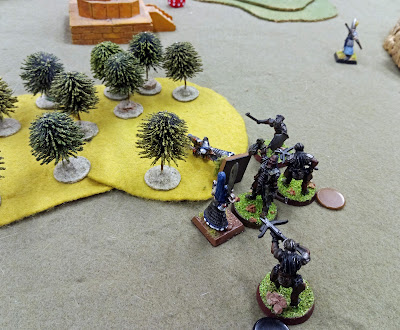 For our second game Victor took some Orcs, whilst I used Dwarves. He rushed across the board with group activations, whilst the Dwarves seemed content t sit on their baseline and send forward a single musketeer. 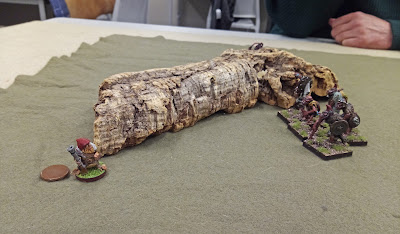 The rest of the Dwarves did get their act together, and a fighting line developed. 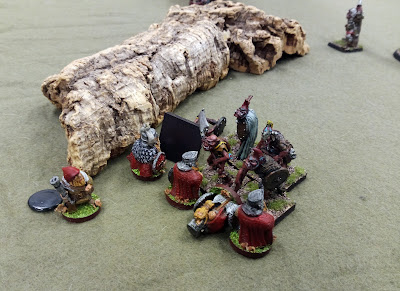 Another gruesome kill! And despite being steadfast the Dwarves had terrible morale rolls, and scattered, giving the Orcs plenty of free hacks. 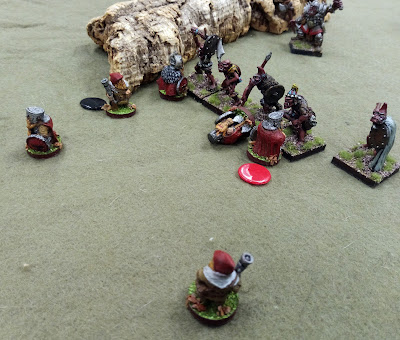 By this stage a troll had joined the fight. The Dwarves came close to killing it, but not quite. This seemed to be the theme for their whole fight - almost, but not quite. 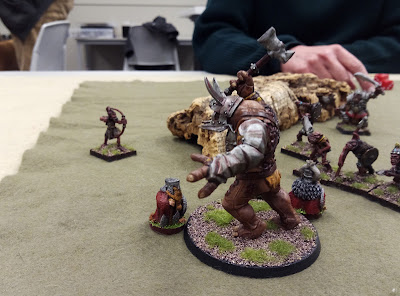 The Dwarves were broken up by morale checks, and the Orcs mobbed them. 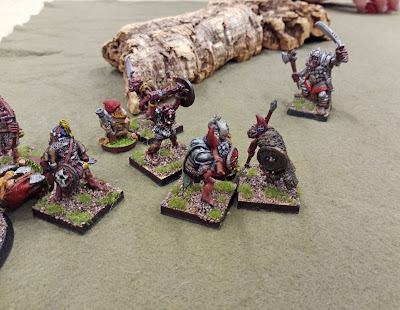 Only their 'hero' managed to flee the massacre. 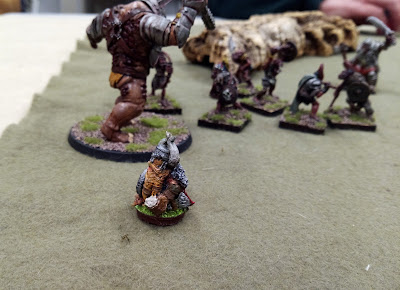 So it's obvious that I've really forgotten how to play this game, despite playing plenty of other games using the core system over the years. The Revised edition seems pretty good, so I'll probably invest in a copy. It seems to have just enough chrome to be interesting, but is not overloaded with fiddly detail like the Advanced version.

Thanks to Victor for organising the game.

Of course what I'd really like to see is a revised and clarified edition of BattleSworn.
Posted by Kaptain Kobold at 09:35