It's been a bit of a slow gaming week here, so I haven't posted much. My game of HOTT on Thursday was cancelled thanks to libertarianism, which was disappointing. And I've been occupied with a bit of photography as well, which has at least been fun.

Anyway, we're in a two-week COVID lockdown here in Wollongong, so with no chance of going out anywhere today I thought I'd have another go at the Ripple Field scenario I put together last year. In this action, William Waller, with a small force of shot and horse, defends a low ridge outside the village of Ripple against a stronger Royalist force under Prince Maurice. It's a nice attacker/defender scenario, with unequal forces and I thought it would make a nice test for my new activation system.

Here's Waller's defenders - some shot and artillery on the hill, dragoons in the enclosures to their right  and horse behind the hill read to respond to the Royalist advance. 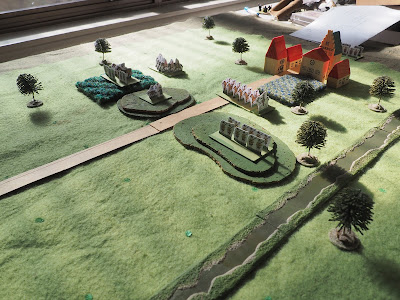 Somewhere beyond the village to the right is another unit of shot, marching in as reinforcements. 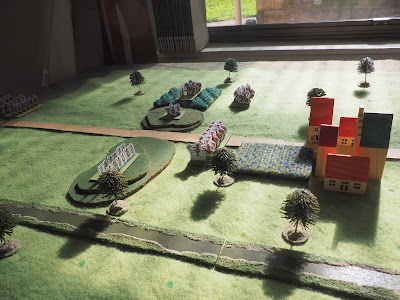 The Royalists - four units of horse and two of shot. 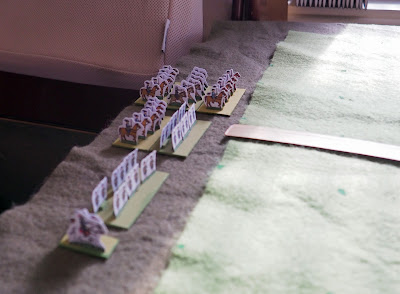 The Royalists led with their horse, sweeping around Waller's right flank. Haselrig's veteran horse was waiting for them. 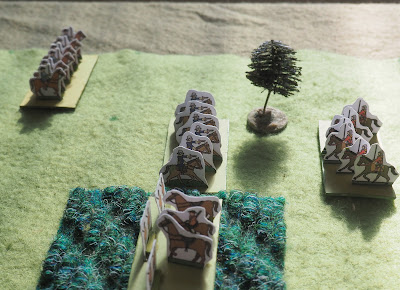 Meanwhile the Royalist shot advanced towards the ridge. 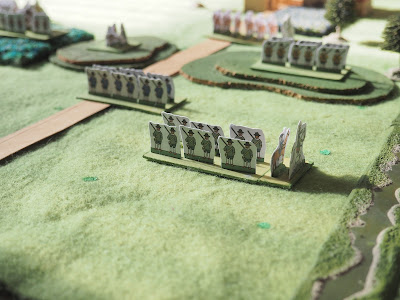 The Royalist horse got into serious trouble when they were trapped by dragons in the nearby enclosures. 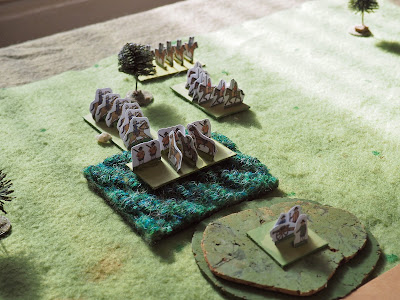 Meanwhile Waller led the reserve horse in a couter-attack off the ridge against the advancing Royalist foot. 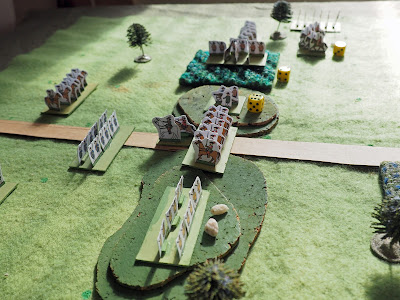 Prince Maurice led the foot in an attack on the hill that saw Waller's men fall back. 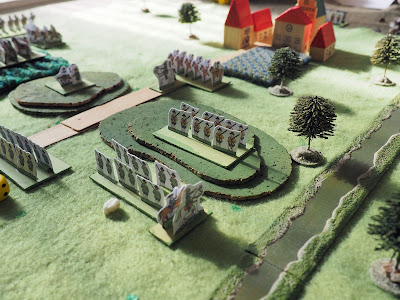 On Waller's right his horse and the dragoons were holding off teh more numerous Royalist horse. But the position on the ridge was failing. In the village you can see the recently arrived reinforcements. 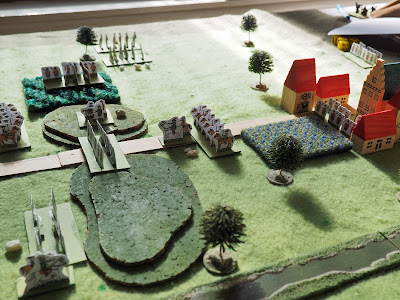 Soon it was all over. Waller's position was untenable, and despite having inflicted some casualties on teh Royalists his force broke and fell back, harassed by the enemy horse. Victorious Royalists on the ridge. 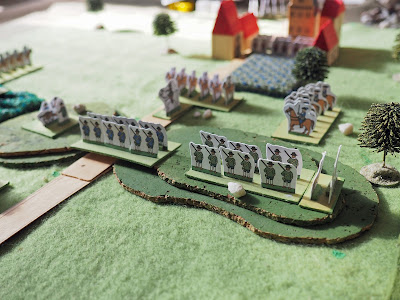 Later in the afternoon I set it up and played it again. This time the Royalist horse attacked Waller's right with even more vigour. 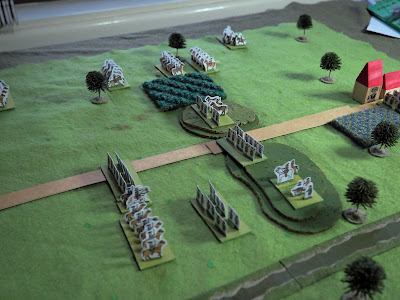 The dragoons were on the hill this time, and were easily scattered by a wild cavalry charge led by Prince Maurice. 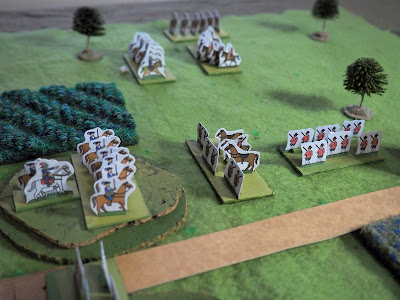 The Prince led his horse to the very outskirts of Ripple, where they were stopped by some recently arrived shot, who seriously wounded him. Prince Maurice was quickly carried from the field. 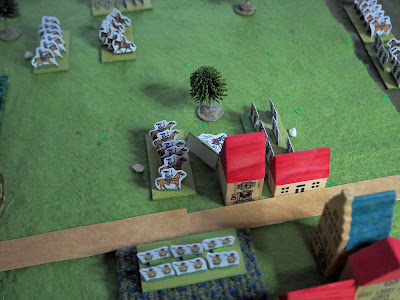 However Royalist advance was unstoppable. Waller's men fell back from the ridge in good order, and he organised his shot in defensive positions around the village. 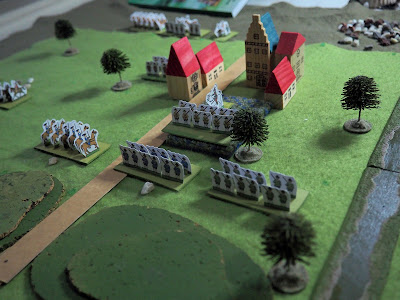 But Haselrig's horse had routed, and the Royalist horse swept in from the east, scattering Waller's shot. 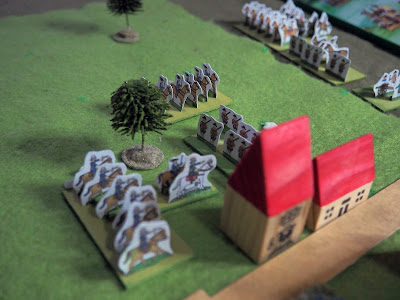 With nowhere to tun to, Waller surrendered. 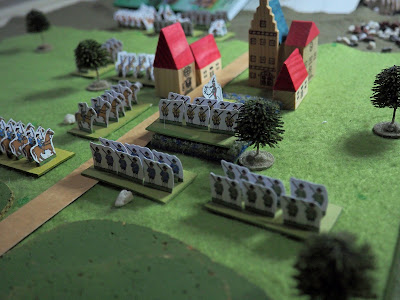 So the Royalists won both times, but then this isn't really a balanced scenario; they have the edge in both numbers and quality and, whilst Parliament has some terrain advantages, they don't have the numbers to cover all of the ground.

The activation system gave a fast, free-flowing game, and in both games caused upsets when a side didn't get enough activations to do everything they needed to do. There were no random events in the first game, but the second one saw a Royalist horse unit unexpectedly withdraw, and their commander out of action for a turn. Both sides also got to rally hits off units. So thee was a nice degree of unpredictability, without the events dominating the game.