I've been testing my new activation system for the ECW Portable Wargame with small games - about six units per side - so I thought that it would be useful to try it with a larger game. To that end I set up my 1st Newbury scenario again. This has ten units per side, so each army gets eleven activation dice to play with.

In addition to the activation system I used my modified combat result roll. I have in fact used them for all of these test games, so thought it best to repost them:

When rolling for the effects of a hit, an unmodified die roll of 6 means that the unit must retreat if it is able. You cannot lose an SP instead, unless no retreat is possible."

The first result messes with the steady attrition effect of the Portable Wargame, and allows for sudden collapses. The second means that there's always a chance your opponent will be forced to give ground, making attacks on defended positions more viable.

Anyway, here's the setup. I randomised the troops' starting positions using the diagrams in THIS POST on Portland Little Wars. Royalists are to the right and Parliament is to the left. 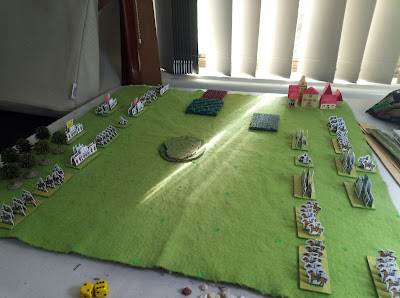 The Royalists are slightly stronger in cavalry, and massed most of it on their left. 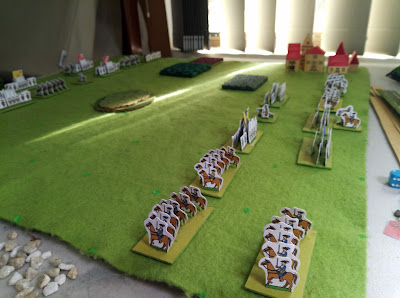 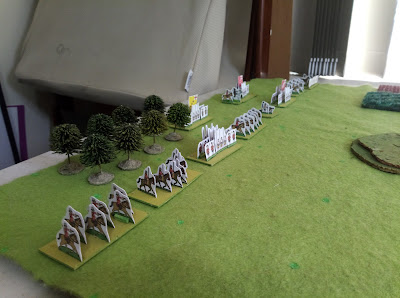 The Royalist cavalry rushed into the attack as Parliament's army advanced. The combats were bloody. 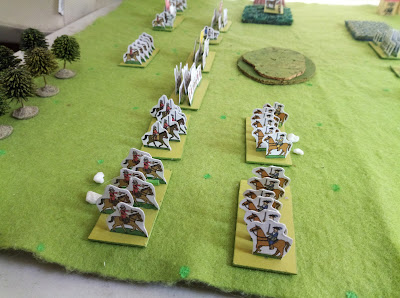 Parliament took Round Hill, which offers a morale bonus. The Royalist advance was still slow, hampered by poor activation rolls and a cavalry melee that wasn't going their was necessitating the moving of reserve cavalry to that flank. 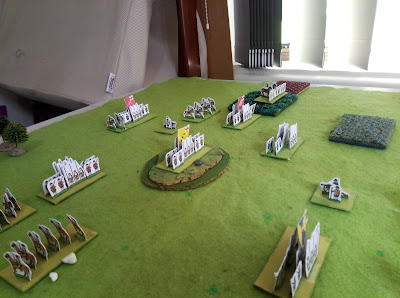 The cavalry melee at its height. It continued to be savage; there were a lot of  ones rolled for combat outcomes and a lot of rolls of three or less. 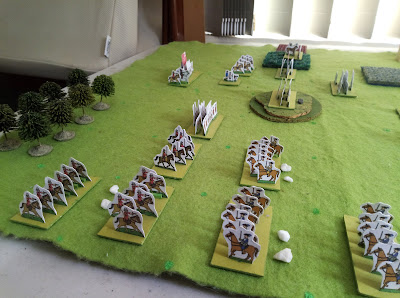 The Royalists pushed forward aggressively in the centre as their cavalry began to collapse. 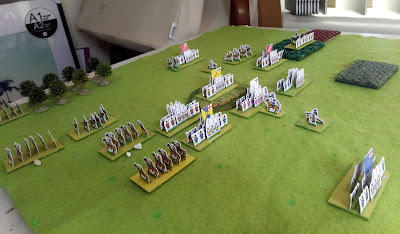 On the other flank, in amongst the enclosures, there was only some minor skirmishing between Parliament's dragoons and some low-quality Royalist horse. It had no real effect on the outcome of the battle. 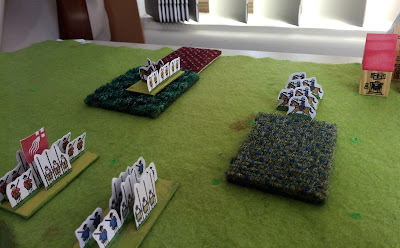 Parliament defended strongly in the centre, throwing back the Royalists again and again. Casualties were mounting on both sides, but the Royalists had now lost a few horse units. 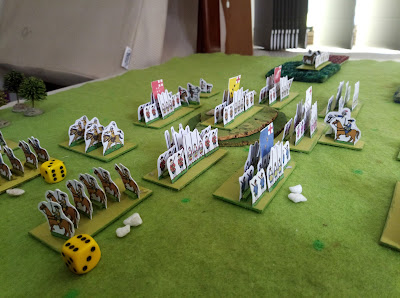 The Royalist horse finally collapsed, and Parliament's reorganised in order to turn the Royalist left flank. The Royalists were at their breaking point, but passed their morale check. 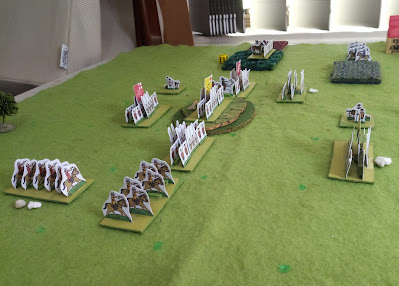 They threw their foot forward again. In the centre their artillery fired on the foot defending Round Hill, before hurling their infantry in for another attack. This time Parliament was pushed off the objective, and enough casualties were inflicted to take Parliament to their break-point. 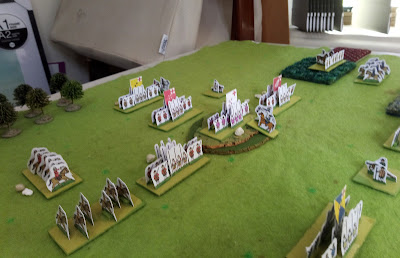 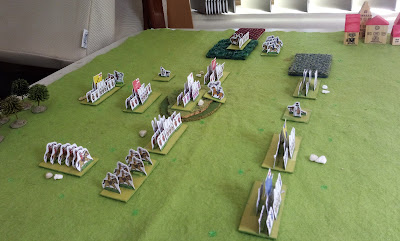 Parliament's army fell back, damaged, but not excessively so, and with enough cavalry to ensure that the Royalists would be unable to effectively pursue. So whilst the Royalists had won a tactical victory, Parliamentarian army would live to fight another day.
The initiative system worked fine with the larger number of units, although eleven dice is something of a handful (for me, anyway - I only have tiny hands). I was pleased with how it all worked out.
Posted by Kaptain Kobold at 20:41