I put together Crimson Typhoon design for 'Giants' the other day, so last night I tested her out. 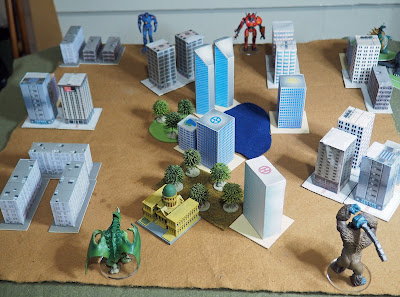 Gakura tried to engage Crimson Typhoon quickly by leaping across buildings, but Crimson Typhoon shot out one of his perches and the great ape fell into a lake where he would be seriously disadvantaged. 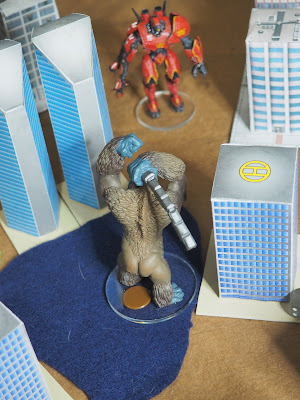 Meanwhile Pteradax and Gipsy Danger exchanged energy blasts as they approached each other, before getting stuck into a vicious close combat. 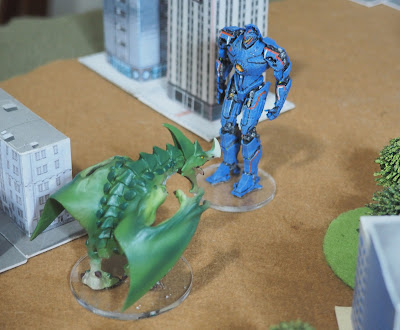 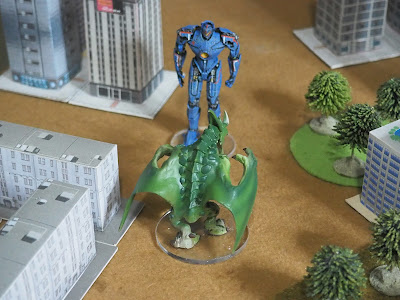 A view of the early fighting. 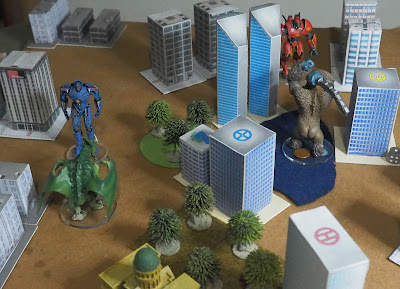 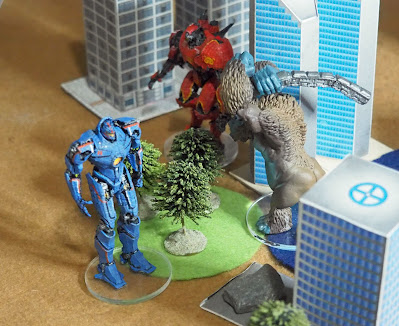 He attacked Gipsy Danger, who was forced back into the street along which Crimson Typhoon was trying to enter the fight. 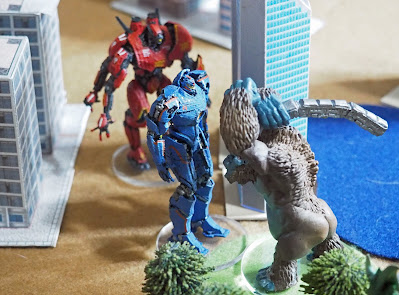 Gipsy Danger was taking a beating, and even more so when Pteradax joined the fight. 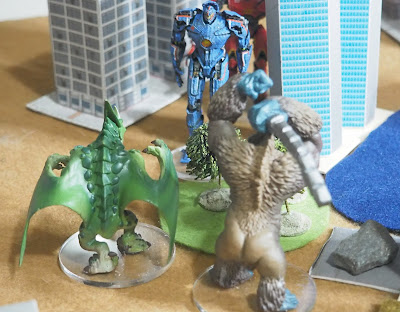 Eventually they managed it, forcing Pteradax back and injuring him badly. Gipsy Danger was also close to collapse at this stage, but Pteradax just couldn't finish her off. 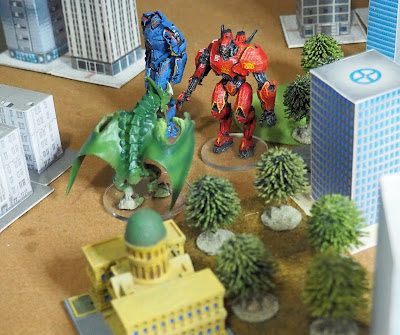 Eventually Crimson Typhon managed to get in a series of clear shots with her blaster, and pounded Pteradax into submission. 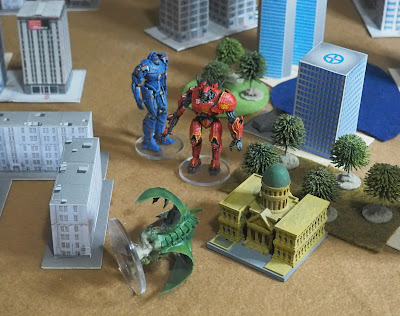 The two jaeger designs held up well, and are actually quite useful, but I struggled with the Twin ability on Crimson Typhoon, which seems to be an expensive way to reduce your chance of hitting whilst allowing for teh very remote possibility of two hits. I may replace it with a different ability to represent the way the twin arms can make life difficult for an opponent.

And the game played smoothly and quickly as well. I'm still not sure my tactics are that optimal, but I'm getting there.