A few years ago I played through a mapless HOTT campaign set on Barsoom. I thought that our current lockdown might pass more easily if I tried another one, and also thought that it would be fun to do it with 'traditional' fantasy armies. 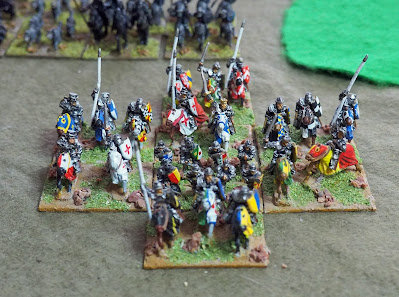 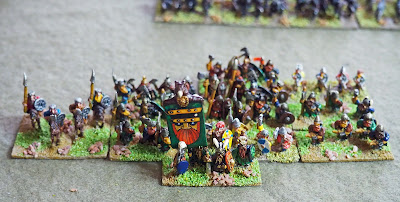 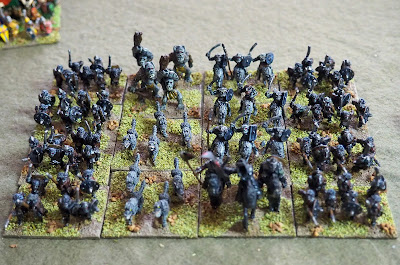 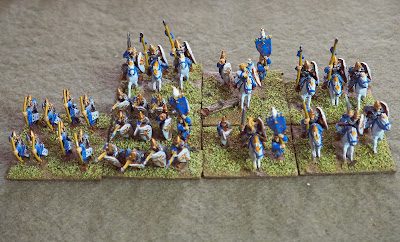 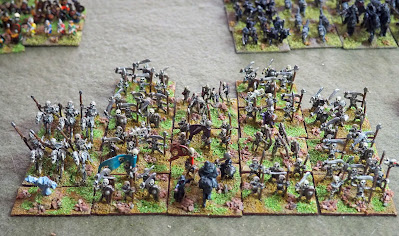 In terms of the rules, I will keep them much the same as for the Barsoom campaign, except for Prestige. This will change as follows:
An army starts with 0 Prestige. If you win a battle against an army with equal or lower Prestige to you, you gain 1 Prestige.

You also gain 1 Prestige for each of the following:
Enemy army loses at least 12AP
Enemy army loses their CinC
Enemy army loses their Stronghold.
This means that if you beat an army with a higher Prestige then you will gain 2 Prestige - one for the win and another for the means by which you win. If you win against a lower Prestige army then you simply get the point for whatever method you win by. And the losing side will possibly gain Prestige as well.
In any game where one army has a higher Prestige than the other, the army with the highest Prestige gets the Warlord Bonus - once during the game you may roll two D6 for PIPs, and take the highest score.
In the next post I will post the first round of battles.
Posted by Kaptain Kobold at 10:46