As well as rebasing monsters I did a quick bit of painting to produce a new kaiju for my collection.

Atomic Soldier is one of the pre-generated monster sin 'Monster Island' and when I found this plastic army man in a bag of bits and pieces I'd picked up from a charity shop I realised he'd be perfect for the role. 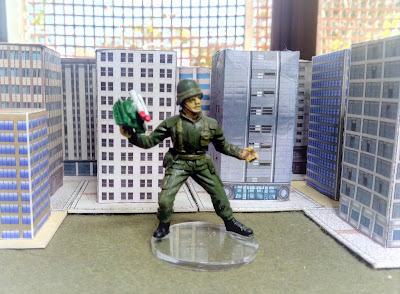 I gave him a full repaint. Strictly he's supposed to be surrounded by a greenish glow - a legacy of the radiation which caused him to mutate to his enormous size - but my painting skills weren't up to it, so I just gave him glowing green eyes instead. A tank from my bits box adds a sense of scale. I removed him from his base and put him on a nice perspex one instead. 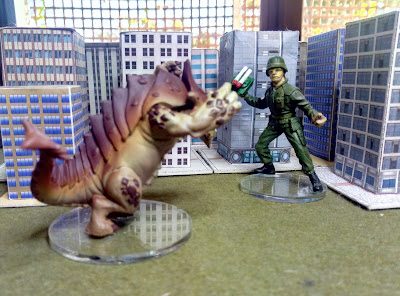 In 'Monster Island', Atomic Soldier can absorb radiation to boost his strength, and has the power of regeneration as well. Those abilities should translate to other rules fairly easily.
One of the new Monsterpocalypse miniatures fits the same theme - Sgt Titanica. It's a lovely figure but, firstly, I'm not sure how these new miniatures scale with the ones I already have and, secondly, at about $50 or more a figure I think I'd want to be pretty keen in order to get one (they're also unpainted). 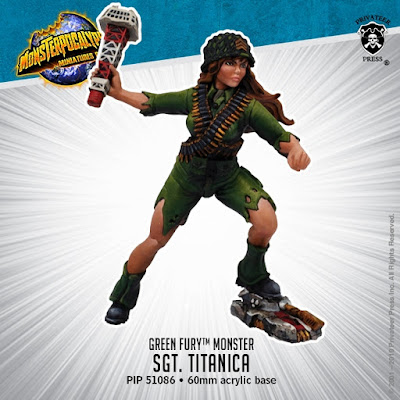 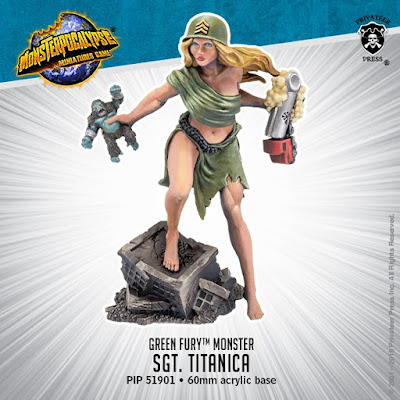