I've had a productive (for me) afternoon putting some Monsterpocalypse figures I picked up on a bring and buy a couple of years ago onto clear perspex bases. 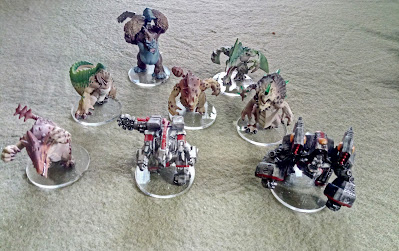 If you've been following this blog you'll know that I've been using some of these figures already. I removed them from their old Monsterpocalypse bases, since I didn't like the big plastic squares with various bits of game information on them. 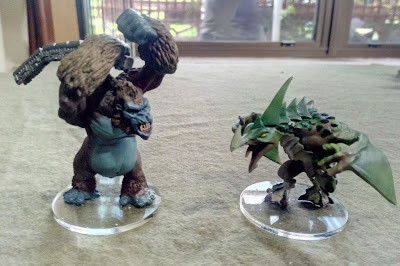 However the problem I found is that the figures aren't designed to be free-standing like the Bandai ones are. Most of them overbalance if they aren't solidly fixed to a base. Until now I've been sticking them to cardboard with PVA, but that simply didn't hold them. And I didn't want the cardboard bases to be permanent. 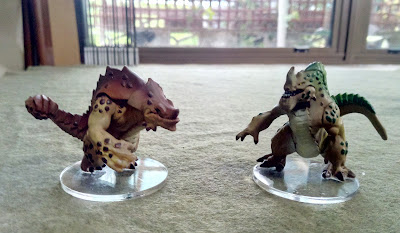 But this week I finally managed to order and obtain some 50mm round perspex bases, and you can see the results here. For figures like this I'm a fan of clear perspex. 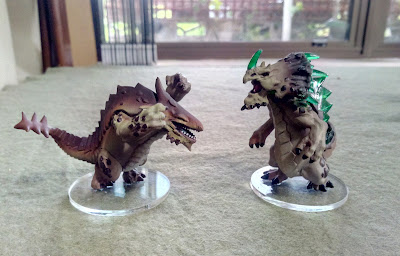 Anyway, I'm pleased with how they turned out.

(Those who know their Monsterpocalypse will see that I've repainted these two. The pre-painted dinosaur types look great, and I won't be touching those. But the mechs really weren't to my taste. so I redid them). 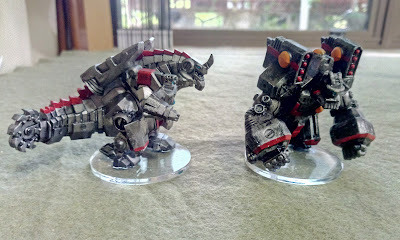