In between some meetings yesterday evening I fitted in another game of HOTT. Since they were already on the table, the Inca (the winners of the weekend's game) stayed on, and the next random army box grab saw them up against the Ophidians.

The Inca defended and had space to form a nice solid line, with their protective cleric element in the second rank helping to defend the Great Inca and the heroes against the Ophidians' three magicians. 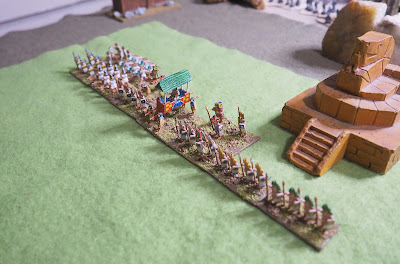 The Ophidians are a small army; they lumped their magicians in the centre, their archers out on their left ready to advance through the rocks, and massed their warriors on the right. 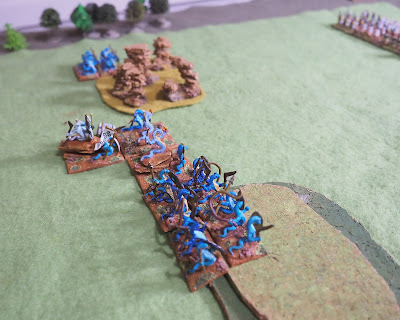 The archers were immediately ambushed by Amazonian lurkers. The lurkers proceeded to destroy one element of archers, and tie up the other for the rest of the game. 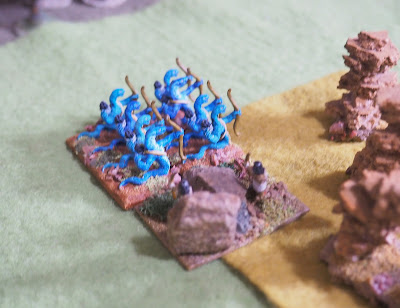 The Inca pushed forward, looking to contact the Ophidians before they could organise a flanking move through the rocks with their warband. The Ophidians advanced as well. 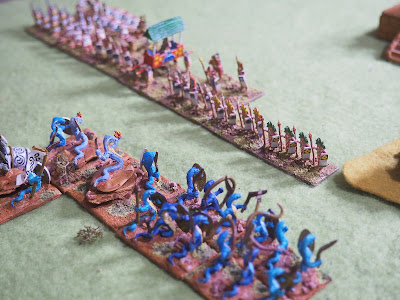 Contact was quickly made. On the end of the line the Inca had an element of blades facing massed warband, whilst more blades faced the Ophidian magicians. 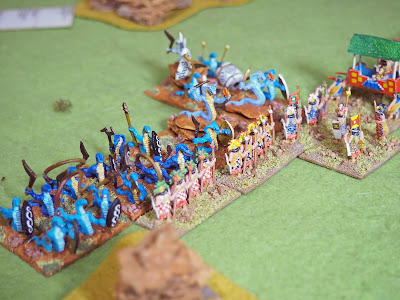 The Inca won all of the combats, driving back the warband and slaying two magicians! 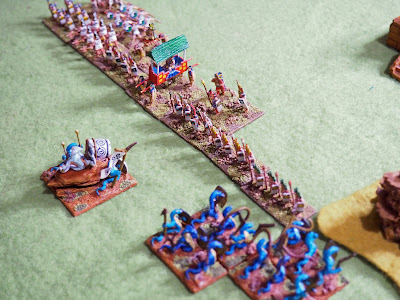 The followed up with their heroes, closely supported by the rest of the army to create favourable overlaps and kill the Ophidian magician general. 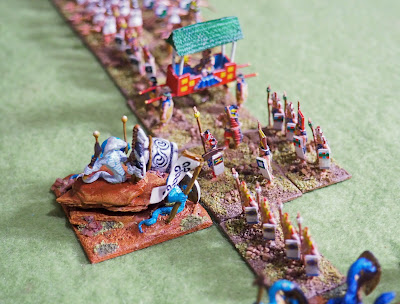 So the Inca got a quick and easy win, and will stay on the table until I pack the HOTT stuff away or they are defeated.