I need to clear away my GNW figures so I can fiddle around with another project, but I thought I'd squeeze in one more game of Simplicity in Practice before I did so. I went for another OHW scenario, and rolled Counterattack. Afterwards I realised I'd played it with the same armies only a few months ago, but using a version of the Portable Wargame.

The Swedes had a single unit defending a bridge, whilst the Russians were massed around a village heading towards it. 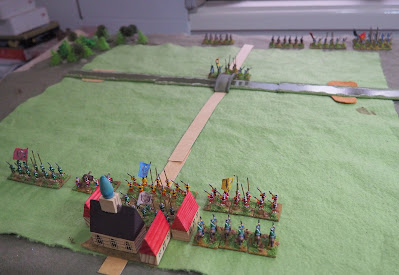 Random events meant that the Russian advance got off to a slow start, but they son got themselves organised to attack the bridge. 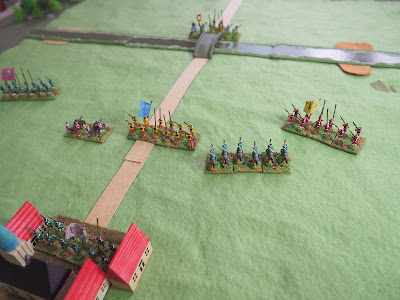 At that point the Swedes got reinforcements, and headed towards the fords on the flanks that the Russians nominally knew nothing about. 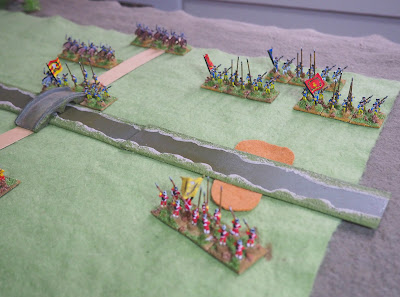 Both sides formed lines on their side of the river, looking to wear down their opponent before trying to force a crossing. 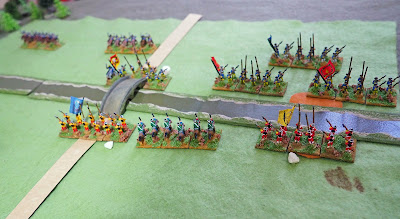 The Swedish defenders of the bridge were soon outgunned, and routed. 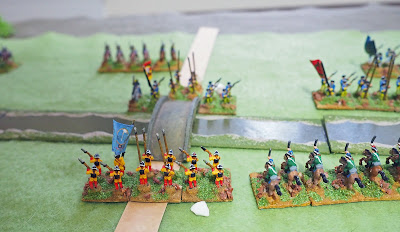 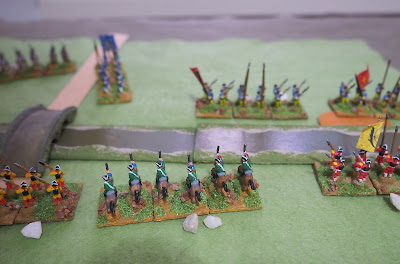 The single unit left behind to guard the village against a sudden Swedish attack took even more hits, all from random events - they obviously found some barrels of brandy and opted to have a good time whilst their comrades were busy at the river. 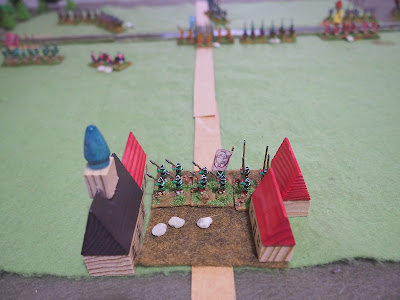 The Swedes were losing the firefight across the river big time, so did a desperate cavalry attack across one of the fords. It was driven off. 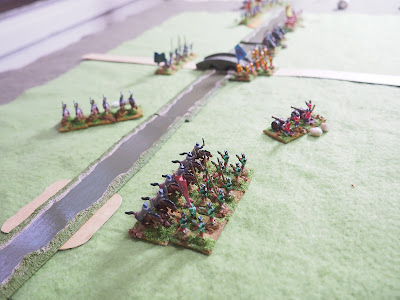 The Swedes threw in more units to defend the bridge, but the Russian firepower was overhwlming. 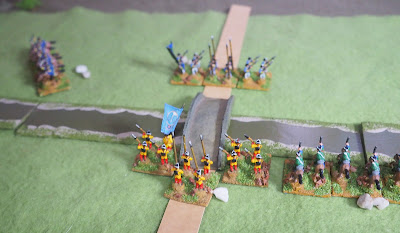 The Swedish dragoons were routed. 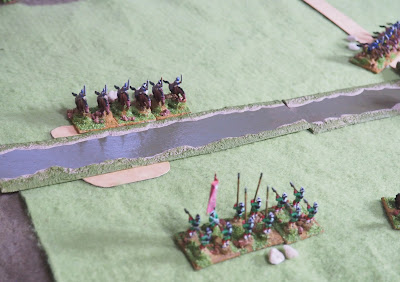 And that really signalled the end of the battle. The Swedes had only managed a crossing with one unit, and that had failed, and the Russians had control of both the village and the bridge. The Russians took more losses from random events  than they did from Swedish fire. 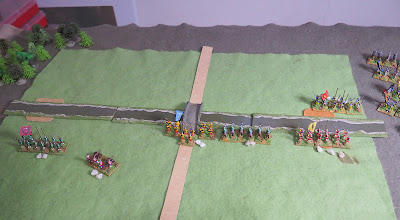 This does seem to be a tricky one for the side counterattacking to win, since the 'defending' side can quickly set up a good defensive line against the river before the attackers turn up. I think the games I've played where the attackers have done best are ones with limited unit activations, where the defenders have to make choices about which of the tree crossings they will send troops to. Maybe I need to restrict their movements until the counterattack turns up.
Posted by Kaptain Kobold at 09:47