This army is the evil opponent of The Forces of Light and, like it, draws ideas from both 'The Weirdstone of Brisingamen' and 'The Moon of Gomrath'.

Here's the army in all its glory. The list is: 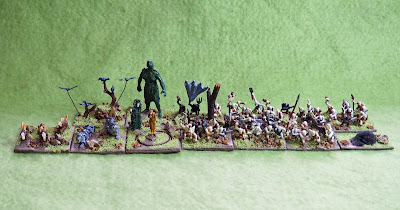 The Morrigan (in her guise as Selina Place) is the magician general, whilst the weed-coated Grimnir is her second-in-command on the same base. The Morrigan is a railway figure, whilst Grimnir is a Micro-Machines Star Wars figure with some added weed. 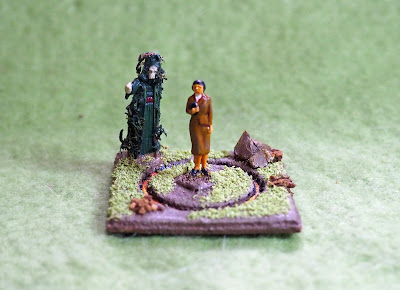 The creatures of the Morthbrood - the crows are railway model seagulls (I kid you not) with their wings clipped. The Palug Cats are Irregular Miniatures tigers, but painted to look like tabby wildcats, for that is essentially what they are; huge cats. The Hounds of the Morrigan do not quite match the description in the book, but are Warmaster Chaos Hounds. 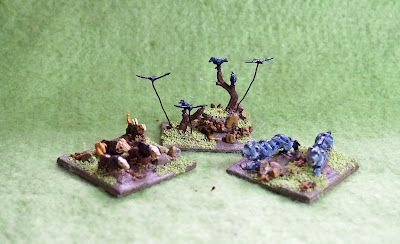 The behemoth in any HOTT army is usually the showcase figure, simply because of their size. The Mara are basically 20' tall malachite green troll-women. I used an Irregular Miniatures 54mm nude woman as the base, and gave her a ragged tunic made from tissue-paper. Their faces are supposed to be shapeless, so I chopped off the head and replaced it with a milliput blob with a few rudimentary features added. Fun Fact: The Mara were apparently based on the reclining female figures sculped by Henry Moore. 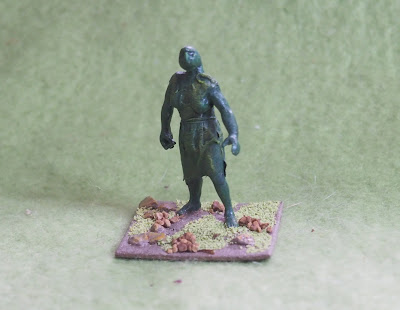 The Brollachan is the figure I'm least happy with. It's described as a being of black smoke with two red eyes at the centre, which is not easy to model. I used some soft-toy stuffing, shaped and painted black, with the eyes painted in the middle. To be honest I really need to redo it and make it less of an unthreatening blob. 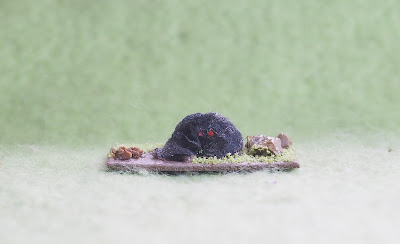 The Svart Alfar are basically your classic goblinoid horse, and I used Pendraken 10mm Orcs and 15mm goblins from what was then Chariot Miniatures to make them. The element with the net are the lurkers. 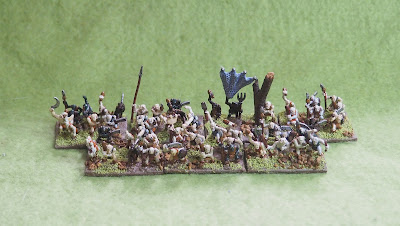 'The Moon of Gomrath' features Bodachs, which are larger goblin creatures.

I hope you have enjoyed seeing these armies as much as I did putting them together and playing with them.