The excitement of doing HOTT 52 last year has meant that I've been a little cold on playing it since, but I fancied something quick and easy this morning and set up my first game of the year.

I grabbed the first two boxes that came to hand and ended up with the Inca against the Army of Rama.

Rama defended, and being an army with a strong bad going component set up plenty of woods. The Inca were forced to attack on a narrow frontage. Here are the two armies, ready to go. 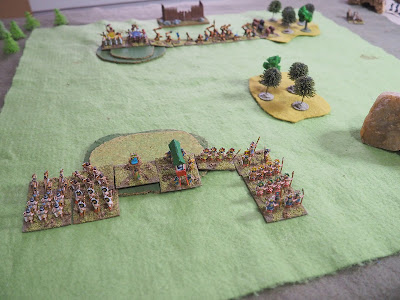 The Inca massed hordes on one flank, and their blades and the hero on the other. 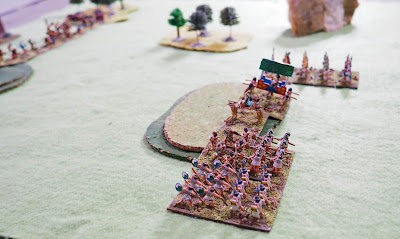 Rama could deploy on a hill. The heroes took the centre with the heavy chariots on the hilltop. The warband and beasts were in and opposite the woods, ready to outflank the Inca. 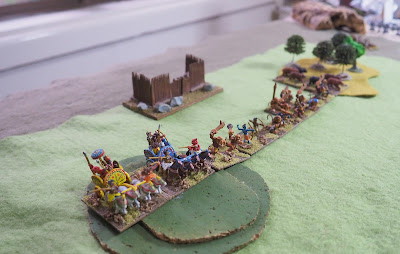 The Inca had one surprise ready - Amazonian Indian lurkers. They attacked some bears and destroyed them. 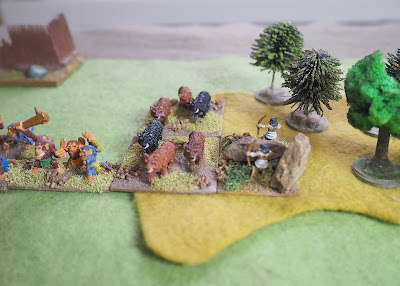 Some of Rama's monkey warbands moved quickly to disrupt the right flank of the Inca. The deep column would be forced to spend several bounds redeploying in response. 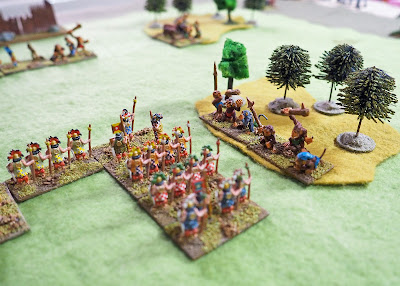 But the rest of the Inca army pushed forward, hoping to use their numbers to take out Rama's centre. 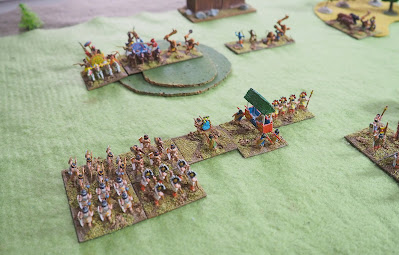 An overview of the early stages. 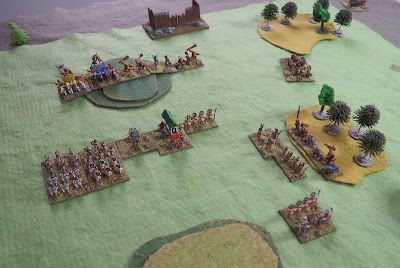 As the Inca approached, Rama attacked down the hill. Results were mixed, but importantly the hordes held. 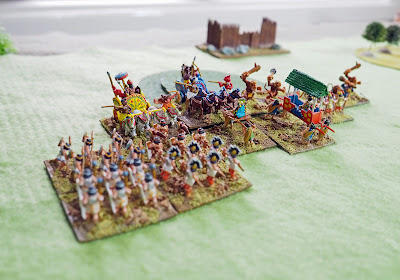 The Inca on the right flank got themselves organised, pushed into the woods and drove off Rama's monkeys. 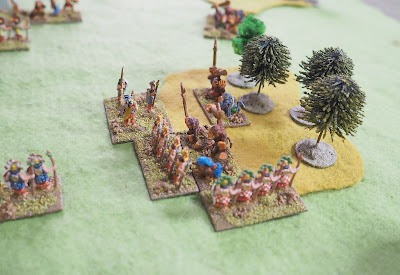 On the hill the chariots were fighting well, and Rama forced some Inca warriors back, but the Great Inca in his litter was driving forward against Hanuman and Sugriva. 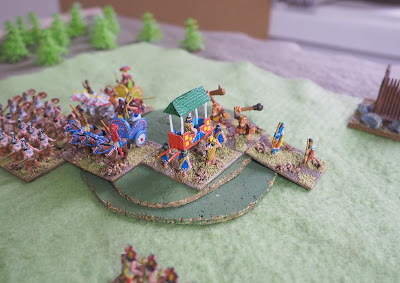 One of the chariots was swamped by Inca hordes. 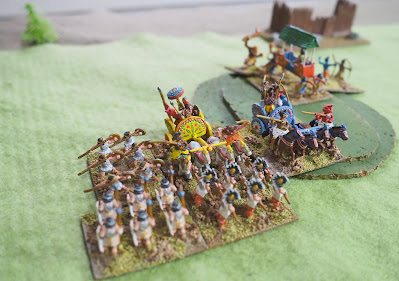 The Great Inca ended up in trouble - isolated and attacked front and flank. But he fought his way out of it. 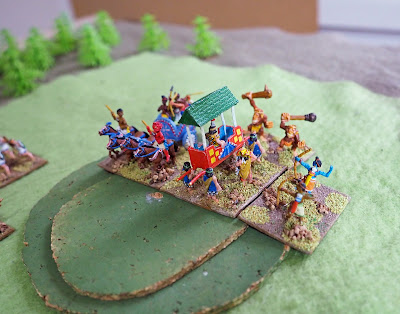 An overview of the battle. The Great Inca was driving forward on the hill, the hordes were moving in on the second chariot and in the centre the surviving warband and bears were fighting the Inca regulars. 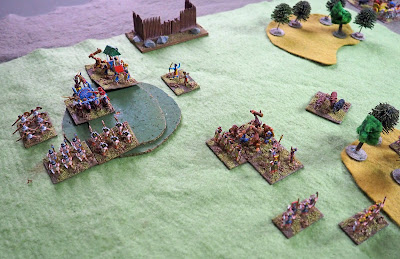 The second chariot was swamped by hordes. 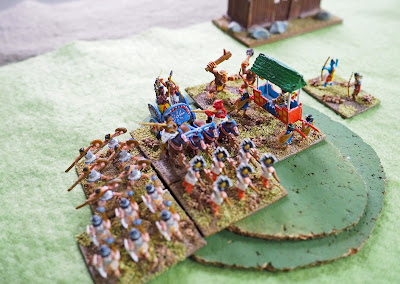 And the Inca heroes took out the last of the bears. This won the battle for the Inca. 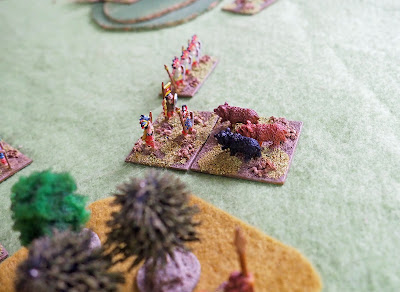 So the Inca won by a remorseless advance, and because the Great Inca just wouldn't lose any combats that mattered.

And it felt good to play some HOTT again.
Posted by Kaptain Kobold at 18:24