We tried Rommel again last night, for the first time in ages. Got about halfway through the scenario, which I think was probably a touch large for an evening's game, especially since we were rusty with the rules.

Any way we had a foece of Americans - two infantry regiments and a cavalry regiment - defending a series of town and hamlets against a large German counter-attack with tons of armour. We had armour appearing as reinforcements.

Here's the board - a standard 96 squares. 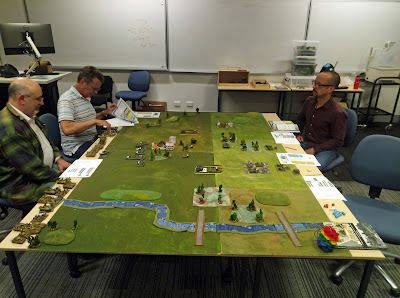 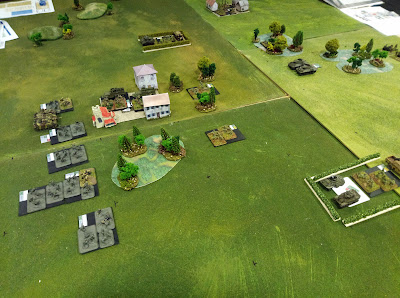 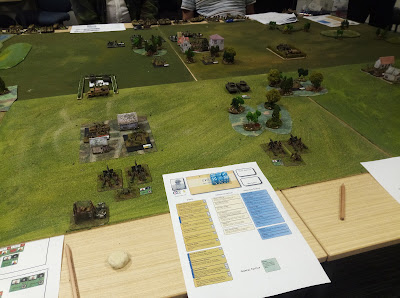 We used 15mm figures - two tanks/infantry bases per unit. This filled the board up nicely, albeit that it created a Flames of War car-park look to things. But I felt that was OK give Rommel's more abstract, higher command level approach. 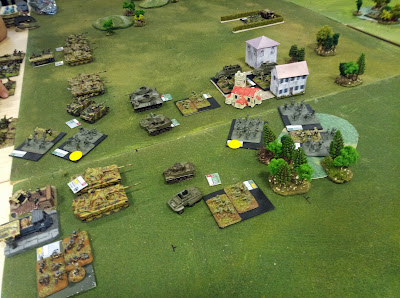 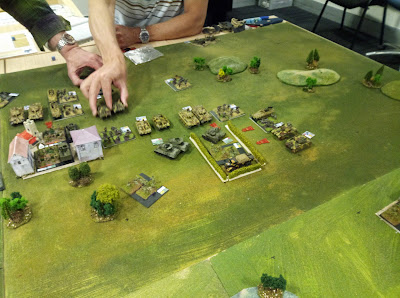 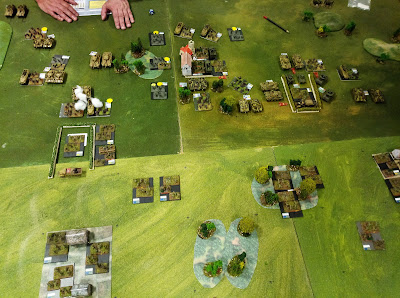 Caesar and I played the Americans, Dave and Peter the Germans. This was our armour rushing into action and then getting totally cut off and surrounded because we were a couple of dills. 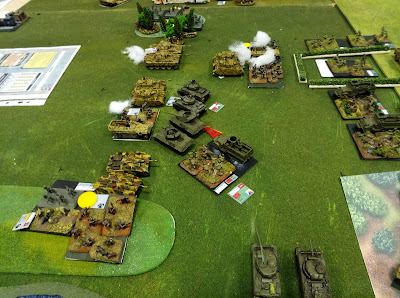 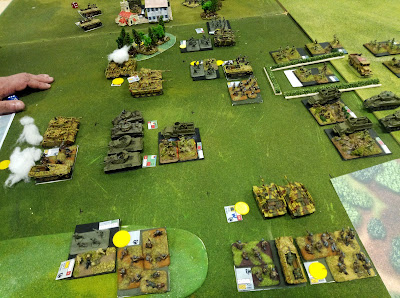 By the end of the evening we had lost one of the five objectives, and had lost most of our armoured troops. so it was going to boil down to us feeding infantry into the remaining objectives and forcing a meat-grinder battle until the end of the day. The town at the very edge of the German's deployment area we held until the end, using tactics and support to thwart every German assault and, apparently drain the German's infantry of strength. 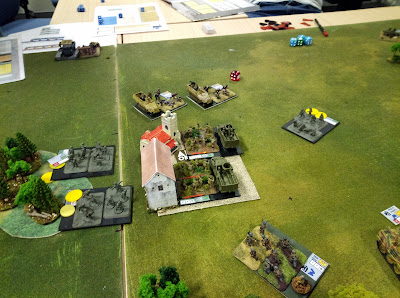 It was good to try Rommel again; we think that next time we'll try a smaller game, though.

Thanks to Peter for organising the game and providing the troops.