A double ambush! Firstly it's the actual scenario. and secondly I'm surprising you with the next installment of something I haven't done for four years; my project to play and document each of the thirty scenarios in One Hour Wargames, in order.

I had my Great Northern War figures out to fight anotehr Portabe Wargame, but decided to try my long-neglected OHW variant instead. And seeing as I was playing a One Hour Wargame I though ... why not. So here it is: Scenario 22.

A force of Russians are advancing on a Swedish fort. The defenders are outnumbered and seem to be doomed ... 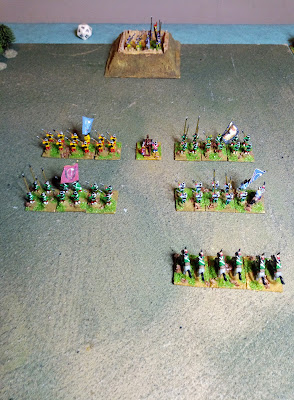 But in the woods on the Russian left lurk more Swedes. 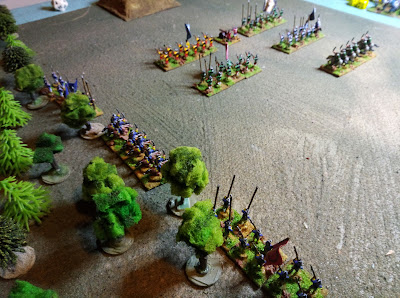 They attack, and the surprised Russians are too stunned to do anything. 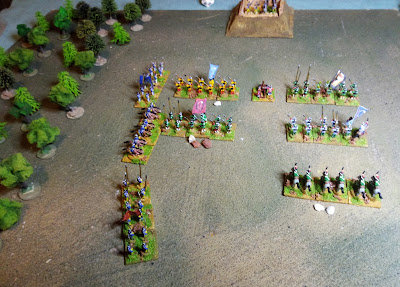 In this scenario the ambushers basiclaly get three free turns. And that means that they can really pile on the damage. The Swedish cavalry broke a Russian infantry unit on Turn 2. Just on the right of the picture the Russian cavalry was under fire and taking hits. Only the lead Russian unit seemed immune to the attacks, surviving the main attack on its flank and supporting fire from the fort. 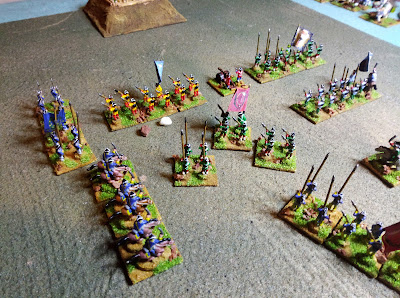 The Swedes pushed forward, and had destroyed or severely damaged half of the Russian units before their foes were allowed to react. 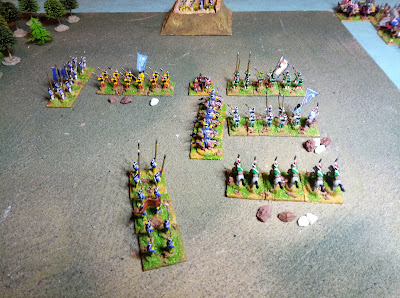 The Russians turned to fight, but even at this early stage it was obvious they weren't going to pull off a win. Their cavalry was destroyed, along with another infantry unit. 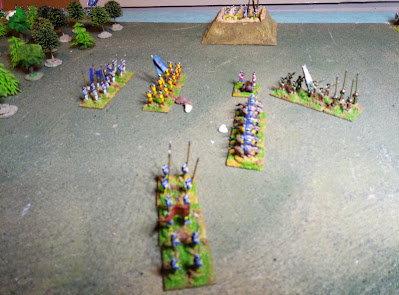 The survivors did their best - to win, only one unit had to survive; the Swedes needed to wipe them out for a victory. But they had taken too many hits for this to be viable. 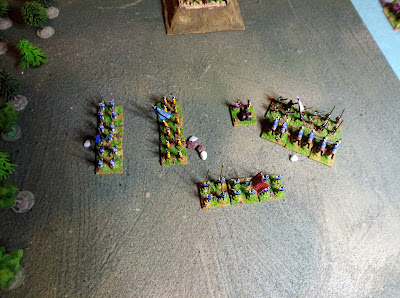 Infantry supported by artillery did see off the Swedish cavalry - the only Russian success. 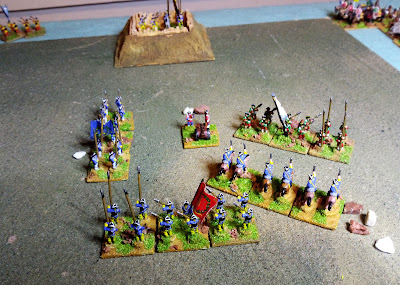 The last Russian unit disappears in the face of relentless Swedish attacks. 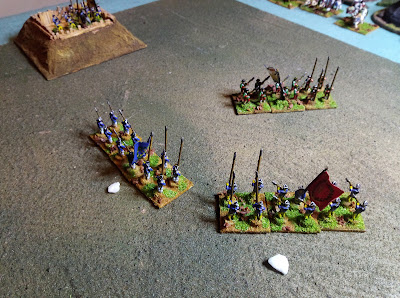 This was an easy win for the Swedes, who got some great combat results in their early turns, shattering their Russian foes beyond recovery. In these rules units can move and fire, albeit with some penaties, so the Swedes could keep attacking and shooting. To be fair it also meant that the Russians could turn to face and still shoot, so it worked both ways.

Anyway, it was nice to progress a stalled project just a little.