My holiday covered one whole HOTT 52 week, as well as the tail-end of one and the start of another. I fitted in the game for the first part-week before I went, but took enough armies away with me to maybe fit in the game for the week which started whilst I was away. Unfortunately I was simply enjoying the holiday too much to be able to fit in the second HOTT 52 game, so I squeezed it in on the day after we got back.
One again I used the Elves, but this time they faced the Garden Gnomes, giving a battle between two spear armies supported by shooters.
The Gnomes fielded: Three spears (including the general), three shooters, two behemoths and a magician.
The Elves defended, and fielded: Two riders (including the general), one hero, one magician, four spears and two shooters.
The attacking gnomes deloyed between a twee village and a garden pond. 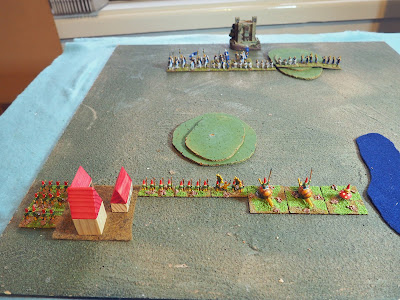 The Gnome shooters were deployed to the left of the village, and the Elves decided to eliminate them as the emerged from behind it, sweeping their riders and hero forward. 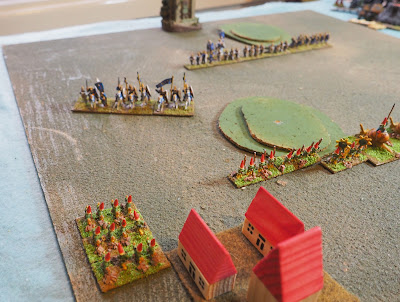 The Gnomes lacked the PIPs to safely fall back into the safety of the village, so shook out into a line. 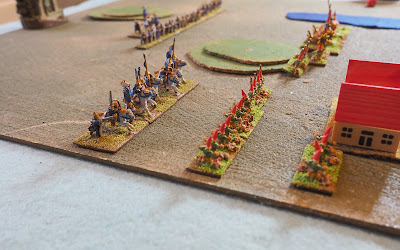 Their first volley eliminated one element of Elven riders. Some spears moved up to the support the missile troops. 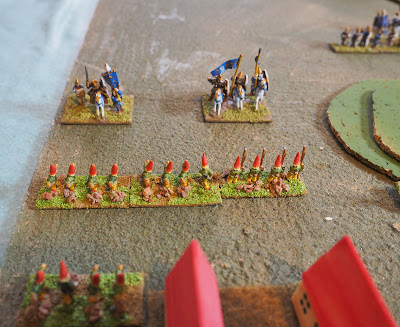 In fact the whole Gnome army shifted to the left, leaving the Elven mounted horribly exposed but with the option of a rapid withdrawal if things went really badly for them. The Elves moved their magician up in support, as their hero cut down an element of shooters. 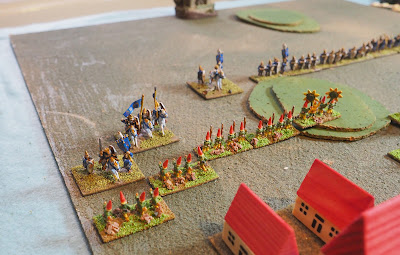 The Elves kept up the attack on the shooters, eliminating another one. 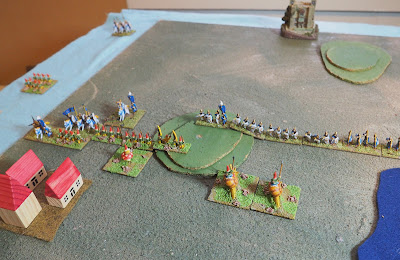 The Gnome's magician ensorcelled the Elven hero, though. 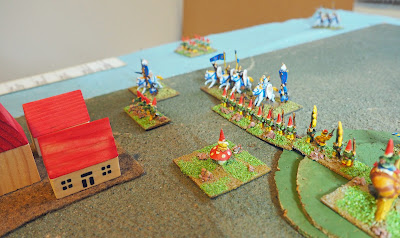 Both armies had now closed up in order to cover the flanks of the fight on the Gnome's left, and the behemoth snail riders found themselves under pressure from a wall of Elven spears. 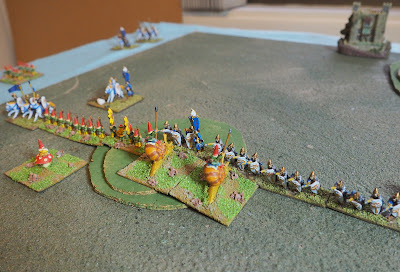 There was a large gap between the Elven right flank and their centre, however, and the Gnomes quickly exploted it. Their spears formed up into a phalanx and attacked the Elven magician, whilst their king swung onto the flank of the Elven spear-line as it came under a second attack by the snail-riders. Both combats were potentially fatal for the Elves, and if they lost both they would lose the battle. 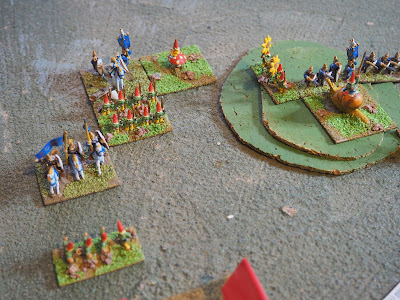 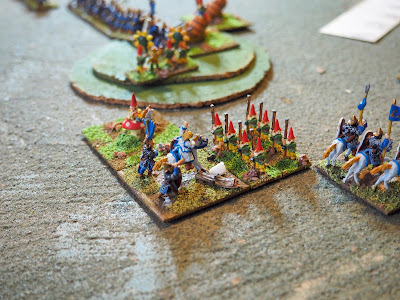 ... but the Elven spears held, destroying the behemoth attacking them. 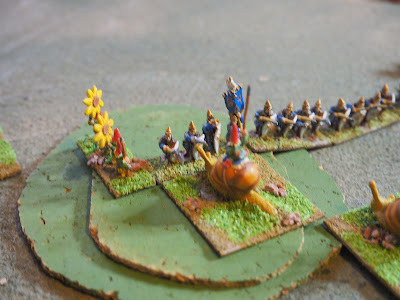 Now the Gnomes were in trouble. The Elven spears pushed forward and eliminated the other behemoth. This was anough to break the Gnome's army. 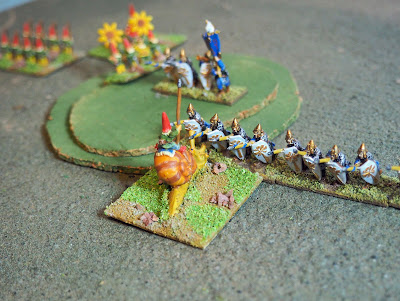 This was a very close battle; the Elves had lost 10AP of troops by the end, and came within a single lost combat of losing the battle before they got the two reasonably lucky kills on the Gnomes. 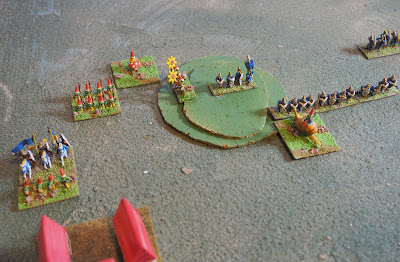 The flow of the battle was very much dictated by the Elven riders, whose fast movement enabled the Elves to choose where it took place. The slower Gnomes were forced to fight in place, and their early failure to move into advantageous terrain cost them badly.
Posted by Kaptain Kobold at 06:30