I played a couple of games of HOTT last week on one of our campsites. From a HOTT 52 point of view they fell within a week I'd already done a game for, so these were simply 'normal' games simply for the sake of playing HOTT.

I got out the Swiss and Prester John, basically because, aside from the Elves and Dwarves, they were the only armies I had with me.

Prester John's army should pretty much be familiar to you by now. The Swiss are my DBA Early Swiss, so have the deep-based fast blades, which I generally run as warband - quite fun in HOTT as they work with an 80mm dept if double-ranked. They fielded nine warband, two spears (one of which is the general) ad a rider.

Prester John defended, securing one flank in a town and the other against a hill. The open flank consisted of knights and the behemoth, so was relatively safe from the main Swiss warband attack. 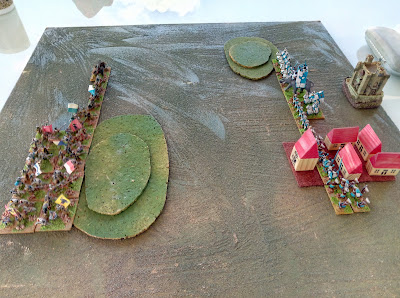 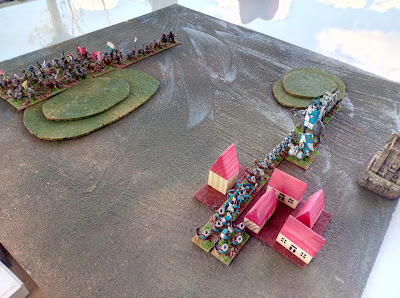 The Swiss didn't need to resort to subtlety; just get the warband moving forward as fast as possible seemed as good a plan as any. 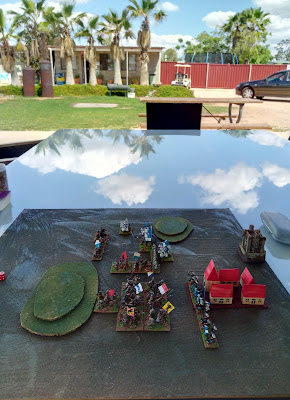 Prester John extended his line in order to get overlaps. 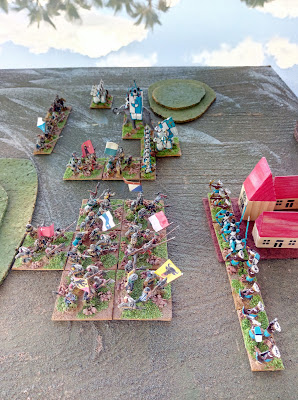 The African warbands moved forward in order to halt the Swiss advance at archery range for their accompanying bowmen. This did nothing to slow the Swiss advance. In the centre a unit of blades had fallen to the Swissh attack, but Prester John and the other blades had turned the Swiss flank. 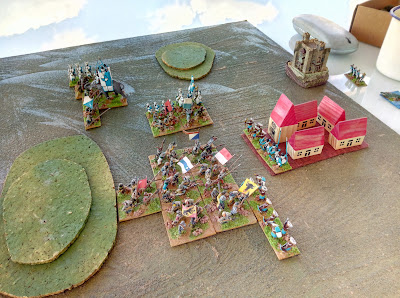 The elephant was cut off and surrounded by pikemen, and slain. 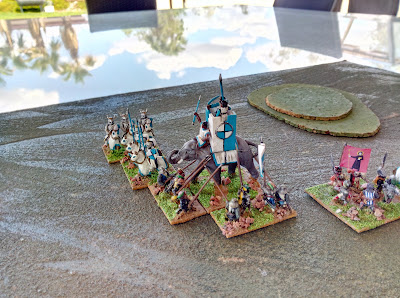 And here's the end - Prester John cut down by a furious Swiss charge after his accompanying blades were also slaughtered. 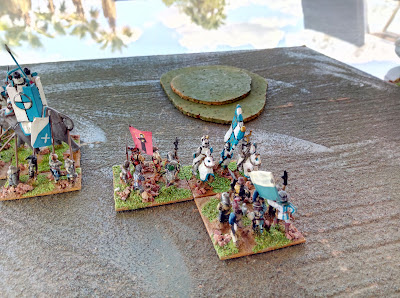 I didn't take any photos of the second game - my phone needed charging - but it went in a similar fashion. Prester John defended, opting to deploy his army on a large hill. The Swiss simply decided to take a risk and charged straight up the hill, got lucky and punched a hole through the enemy line. After that it was simply a mopping-up operation. An attack by some knights was halted and the warband on the receiving end then pushed the knights back (against the odds of an instant kill) and eventually destroyed them to win another battle.