This week's game features two legendary armies of medieval Africa, one historical and the other conjectural. It sees the forces of  heroic Malian king Sundiata attacking those of the mythical African ruler Prester John.

The armies arrayed for battle; Sundiata on the left and Prester John on the right. 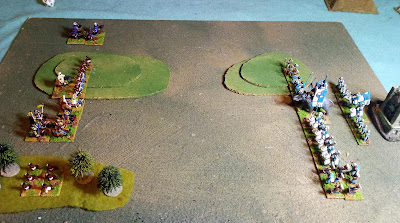 The battle opened with Prester John unleashing his lurkers on the flank of the Malian archers. However the creatures were swiftly destroyed. 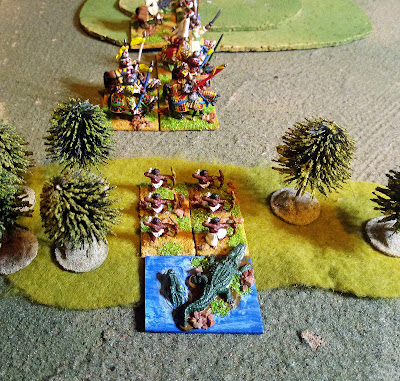 The two armies advanced; Prester John to get some recoil room and take the hill to his right and the Malians to pin their opponent's army whilst working some light cavalry arond its right flank. To the right of the picture you can see Prester John and a couple of elements of blades held in reserve against an attempt to turn the flank with cavalry. 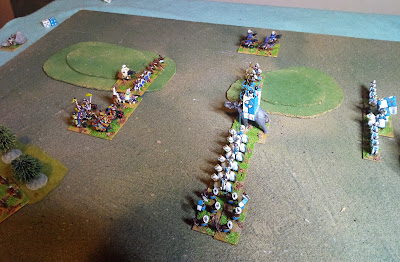 On the Malian right their archers skirmished with Prester John's tribal warriors, whilst the two main battle-lines approached each other. 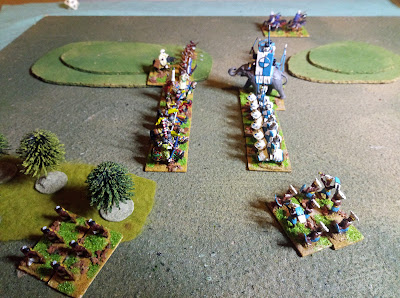 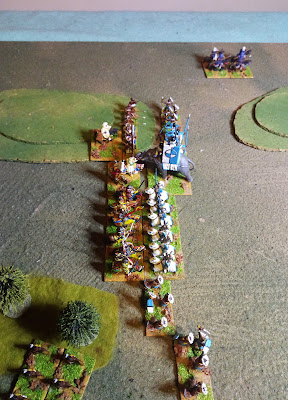 Prester John's troops forced the Malians back, except where Sundiata was able to hold off the elephant. 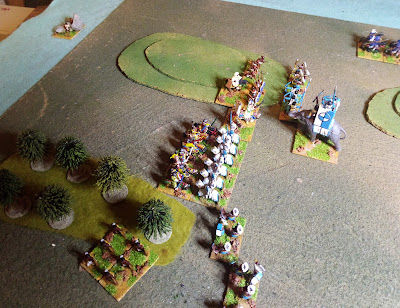 On the Malian left their spears advanced into the enemy archery, whilst their centre continued to be pushed back. They lost an element of knights in the centre. 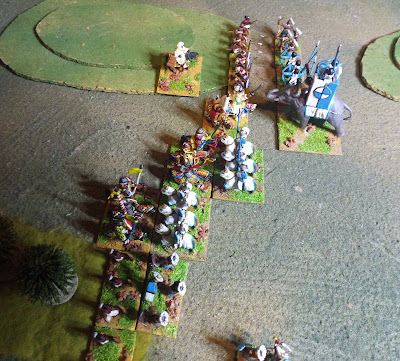 This enabled Prester John to flank the other group of knights and destroy them. The only problem was that in holding himself in reserve, Prester John had put himself out of command range of parts of his army, which now made it more difficult to direct. 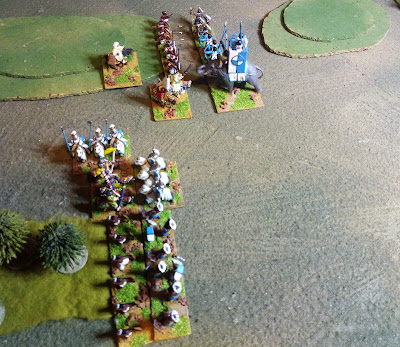 However his archers didn't need any commands. They kept up a steady fire and destroyed one of the spear elements facing them. 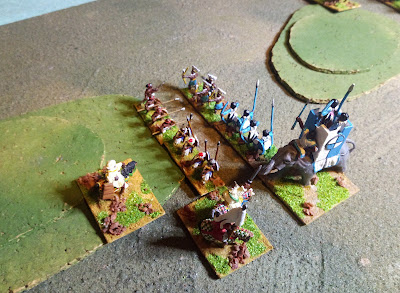 And then the other. 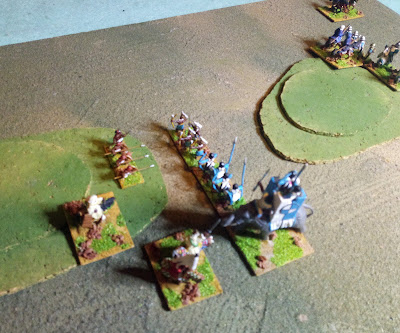 The fighting moved into the woods, where tribal warriors cut down some Malian archers. 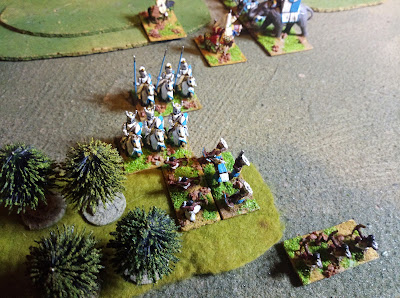 Ou on the Malian left their cavalry had been skirmishing with Prester John's reserve, to little effect. Prester John led his troops in an attack, and one of the groups of cavalry fled the field. 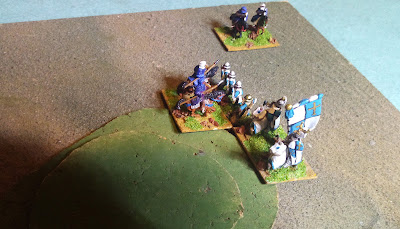 And that was it. In a methodical prcess Prester John's army had destroyed half of the Malian army to score a decisive victory. The Sundiata's Malians never really got into the fight, and only destroyed the lurkers at the start and a group of tribal warriors later on. 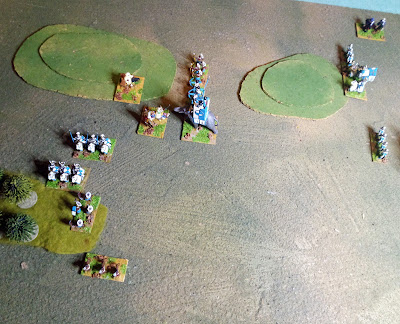 Coming Next! Can I continue HOTT 52 whilst I'm on holiday? Find out in a acouple of weeks ...