Aside from a bit of HOTT, Catherine and I played other games whilst we were away.
Early on we had a go at Invincible Ink's 'Cat and The Mouse', which is a small card-game for two players in which an inspector (the Cat) attempts to catch an arch-thief (the Mouse) before they can pull off the perfect heist in an old house filled with valuable artifacts. The idea is sound, but we didn't find the actual gameplay that interesting, which was a shame. 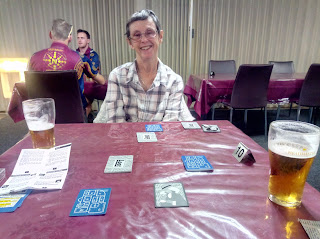 We switched to 'Hellas', which I've had for years, but very rarely played. In this two-player game, you control Greeks expnding their colonies into a series of islands. You can engage in voyages of exploration to find new islands to settle, or fight your opponent and take their cities from them. Combat is diceless, but can be heavily influenced by the God cards, which allow interventions by Ares (combat advantages), Poseidon (ship-based advantages) and Zeus (general gameplay advantages). The game is a nice balance between building up forces and a good hand of cards, and actually using them to improve your position or degrade your opponent's 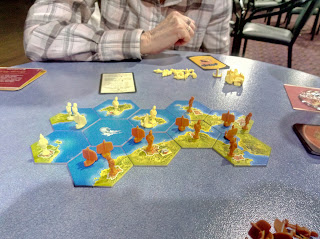 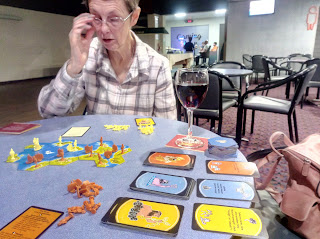 We played several games over the course of the holiday, much to the bemusement of the patrons and staff of the various clubs we visited. 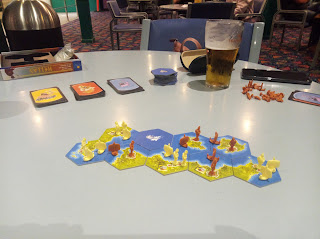 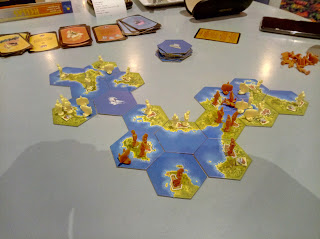 A sneaky game of HOTT, outside the boundaries of the HOTT 52 project. I'll come back to this in another post. 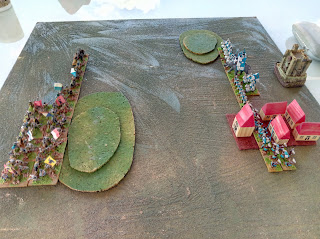 I took a few kaiju figures away with me, and my copy of  'Monster Island' with a view to playing a few games and exploring some minor rules changes. But during one of the many three to four hour drives I did over the holiday I hit upon some very basic ideas for a new monster combat game, and towards the end of the holiday gave the basics a quick try on the corner of our camping table. 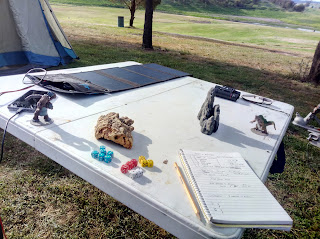 The ideas are still rough and ready, but there's a possible game there if I can get some of the elements to slot together properly. It's inspired by the dice-pool mechanism of 'What A Tanker'. 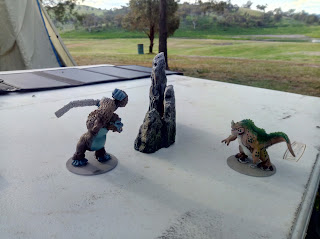 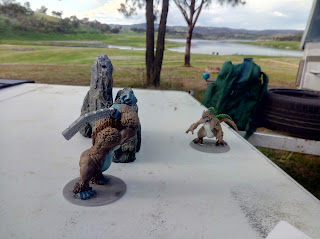 On our last evening we got out another old favourite - Street Soccer - and played a couple of games either side of a pub-meal. In the first we played to a 3-3 draw at full-time, but I clinched a winning goal in extra-time. In the second game I made a great start, going 2-0 ahead, but Catherine pulled the game back to a 2-2- draw. As the end of the game approached she exploited a failed gamble on my part to score two goals in three minutes for a epic 4-2 win. 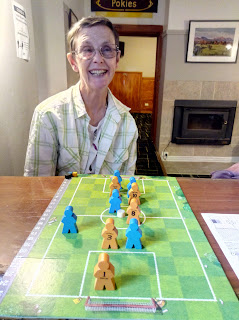 Not shown were the games we played of 'Love Letter' (you can never go wrong with 'Love Letter') and another game new to us, 'Unstable Unicorns', which we didn't really get on with but which, to be fair, doesn't seem to be designed for two players.
Posted by Kaptain Kobold at 18:01