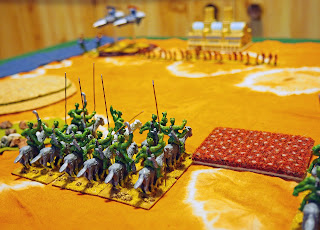 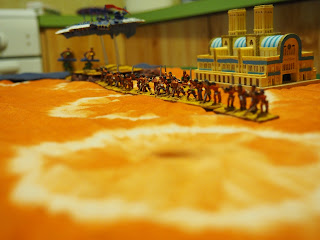 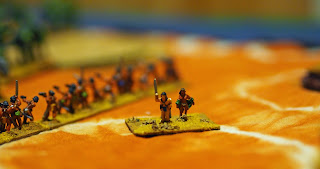 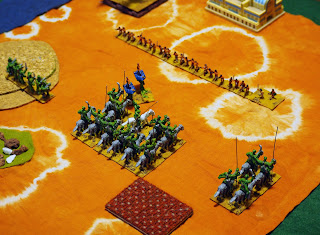 The Thin White Duke went his own way, doing his own thing. 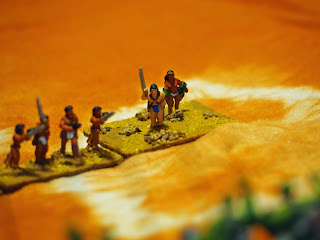 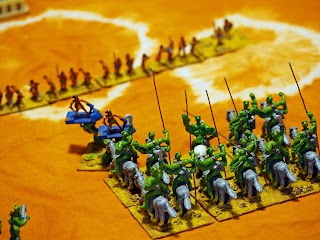 ... then went into the attack, deciding that they could be heroes, just for one day. The Thin White Duke also got stuck in. 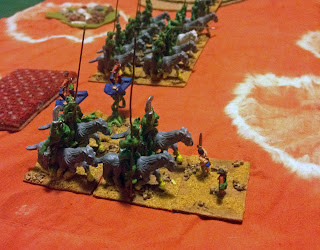 The Green Martian jed led an attack right into the heart of the Red Martian forces. 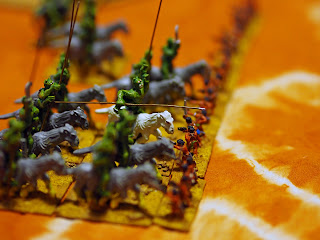 His supports were repulsed ... 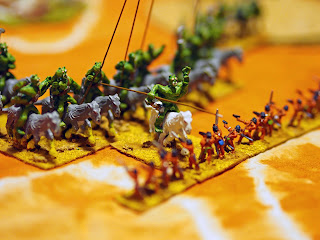 ... and left all alone he was slain, breaking his army 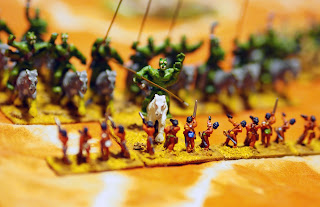 That was a quick game.
Posted by Kaptain Kobold at 21:57