I popped down to Canberra yesterday for Cancon 2016, mostly for the blogger meet, but also just to see what else was going on.

The day didn't start well. part of the way there, on a particularly tricky bit of road on which it is pretty much impossible to stop, I suffered a migraine. I got safely to a place I could stop, and let it pass off for half an hour or so, then felt well enough to continue - sometimes they can knock me out all day, other times I'm fine once my vision clears.

I got to the exhibition centre. It was hot and busy 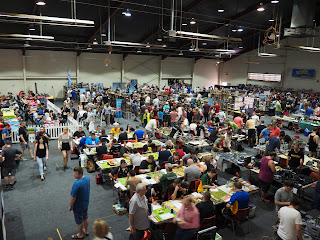 In this hall there were lots of boardgames being played. 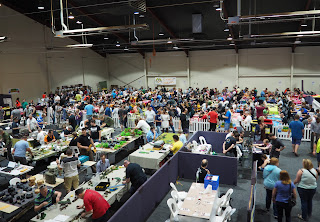 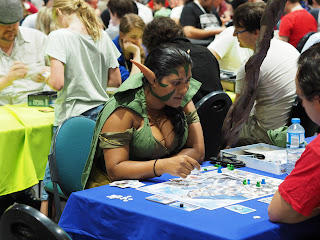 I wandered round both halls; there are two,both the same size. There were plenty of tournaments for various games, but I didn't see much in the way of participation games. At least, not obvious ones. I wasn't invited to take part in anything. I saw a few demo games covering a range of historical periods. But despite watching some of them for a while no-one taking part offered any explanation of the game, or tried to engage with me (the viewing public). That's pretty bad; a show demo game isn't just a chance to play a game all day with your mates - it's supposed to be a performance and it's supposed to involve engaging with the audience.

I actually found the non-gaming stuff of more interest - Cancon has a lot of general geekery, since it's not specifically a wargames show, but more devoted to games in general and the culture which surrounds all of them. This stall did geek-themed cake decoration. 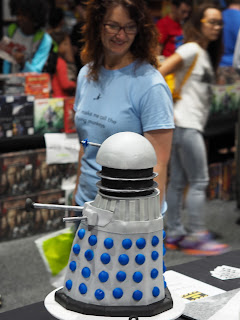 These ladies were just there for the day, both members of the Jane Austen Society. One of them was certainly a non-gamer and was chaperoning her children who were playing boardgames. They decided to spend the day making and sewing bonnets, and set up a delightful table with tea and cakes to enjoy doing it at. 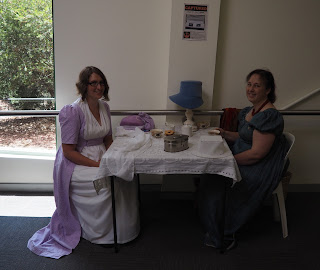 There was a fair amount of costumes and cosplay going on at the event actually, making me realise that I could be doing better than jeans and t-shirt the next time I go.

Anyway, after another migraine (two in one day is unprecedented; two a year is more normal), I eventually found a game to play. 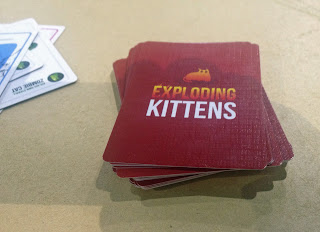 This is basically Russian Roulette; you draw cards from the deck, hoping not to draw the Exploding Kitten cards, which knock you out of the game unless you can defuse them with one of the cards in your hand. Most of the rest of the play involves either getting hold of the defuse cards, finding out where in the deck the exploding kitten cards are, or avoiding drawing from it whilst making other players draw as much as possible. We played with the special NSFW version of the cards. 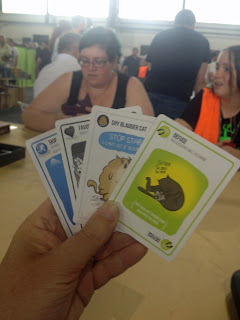 Anyway, I enjoyed it enough to buy a set.

As for the blogger meet, several of us did manage to meet up and puts faces to blogs. I managed to not take any photos, but Paul of The Man Cave got a group-shot, so hopefully he will post the evidence in the next few days.
Posted by Kaptain Kobold at 09:11