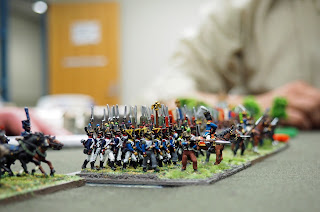 On Sunday we are having our usually Thursday evening room at the University all day, so are planning to play a big, all-day game of Blucher, using the Austerlitz armies but on one of the Scharnhorst campaign maps.

However we are all a bit rusty with Blucher, so we decided to use our first campaign game of the year to brush up on the rules. After some planning for Sunday's game, we set up a quick 200pt game using a Austrian/Russian coalition against the French. The figures were a bit of a mixed bag in places, owing to people still painting armies (indeed Sunday's game may feature unpainted miniatures), but they still looked impressive.

But before the figures appeared we had the Scharnhorst phase, where we moved columns around a campaign map attempting to bring the enemy to a battle on our terms. Ralph Dave and I commanded the French, whilst Caesar and Peter were the Coalition. 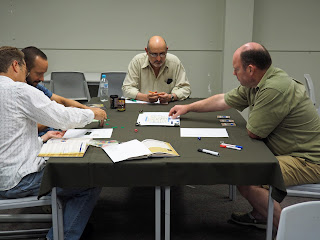 The armies assemble on each edge of the map. 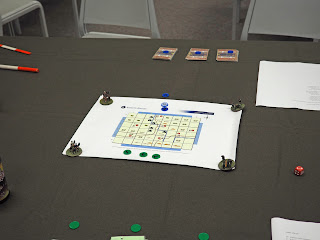 Ralph tries to fool the enemy by pointing to a bit of the map with no troops or objectives on it. 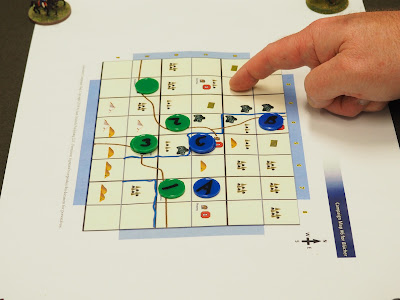 Battle was soon joined. The Coalition found itself defending a town against a French attack.

(Apologies for the quality of some of the early photos in this game; I'm still trying to get used to the settings on my new camera, and had been messing around with them, thus overcompensating on the brightness) 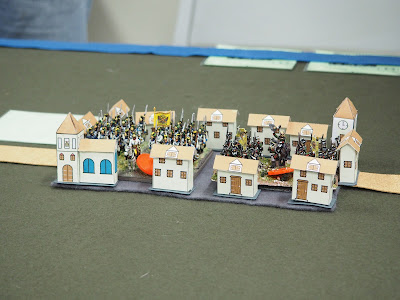 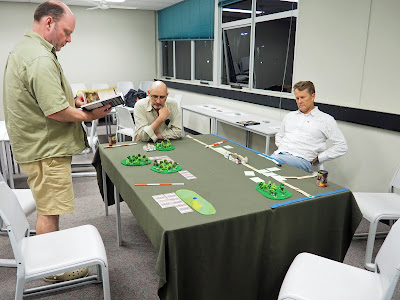 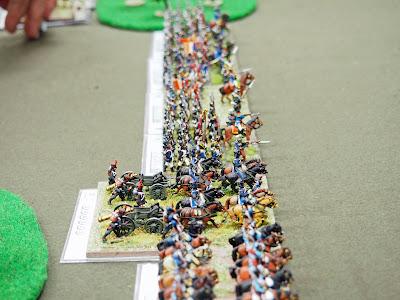 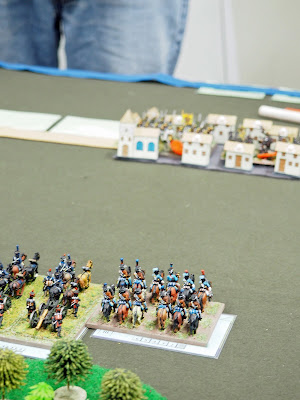 The elite Polish infantry occupied a village on the French left. This put both armies equal on campaign VPs, and therefore shifted the battle to one where strategically both armies were on an equal footing. The Coalition could now not afford to be entirely passive. 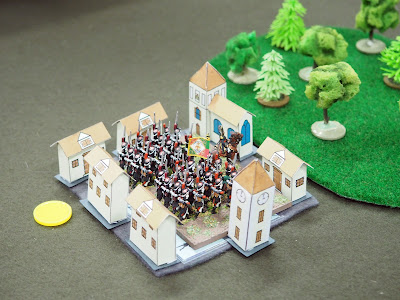 Having seen the Coalition deployments I committed our cavalry, pushing it towards the lightly defended Coalition left. 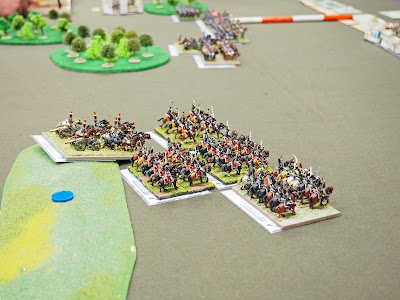 The end of their line was a unit of Russian militia (tonight played by Austrian Grenzers with air-rifles), who formed square and then held off attack after attack well against the odds. Over the course of a few turns they pretty much did for the French cavalry. 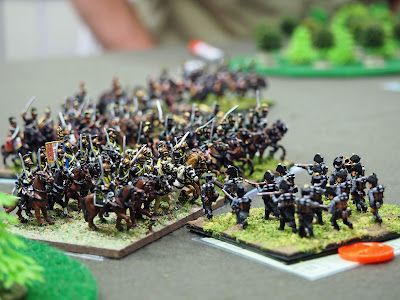 Meanwhile the main bodies of both armies were facing off in the middle. Ralph decided against a direct assault on the town, and the main battle happened on the Coalition right. 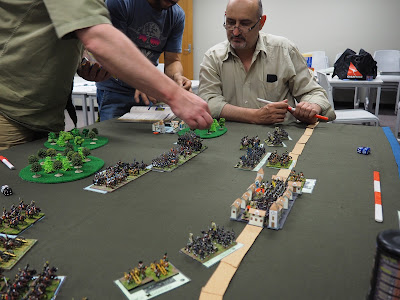 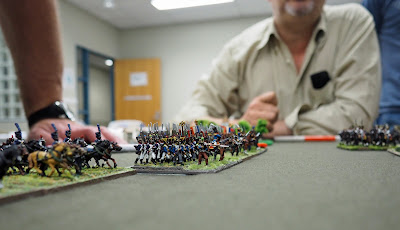 French artillery advanced to pester the approaches to the town. 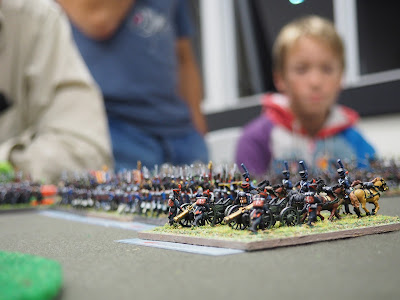 A bird's eye view of the game. 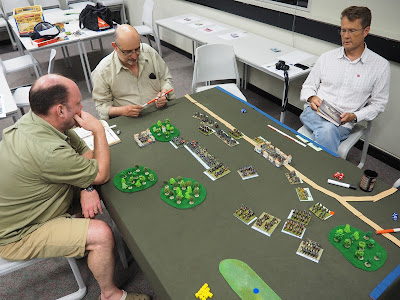 The infantry lines hit in the centre, with the French seeing off an assault by Russian grenadiers. 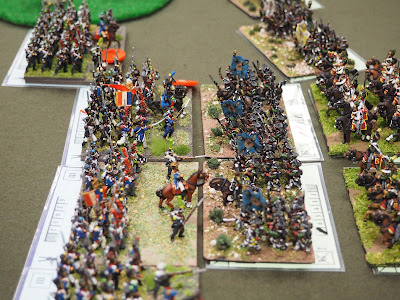 Meanwhile my cavalry continued to try and break the Coalition left. 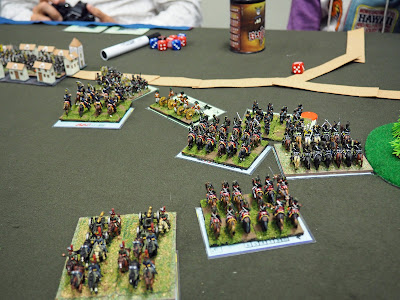 The light cavalry supporting the French infantry corps had more success, flanking the Coalition lines, and driving their cavalry back. 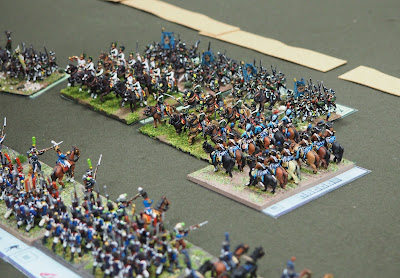 At that point the Coalition reinforcements arrived, in the form of their cavalry corps. Having failed to make any headway with our cavalry this left the French army very vulnerable and, as it was getting late, we called time. In fact our reinforcements would have turned up on the nest turn as well, adding new momentum to the battle, but time was against us.

Had my cavalry broke the militia early on the Coalition position would not have been good, with the French cavalry having several turns in which to cause havoc on that flank and still prepare for the arrival of their Coalition opposite numbers.

Anyway, everyone felt that we'd got a better grasp of the game ready for Sunday, which was really the aim of the exercise.
Posted by Kaptain Kobold at 07:14