You've probably realised over the past few months that 'Flamme Rouge' is currently one of my favourite boardgames. Whilst I'm not that interested in cycling (or, indeed, sport in general) I do like a good game, and it certainly delivers all the thrills of a race with what I understand to be enough flavour of the actual thing to keep the fans happy.

Anyway, I've been hunting around for the Peloton expansion for the game, and the other day found a copy available here in Australia. So I ordered it. It arrived yesterday. 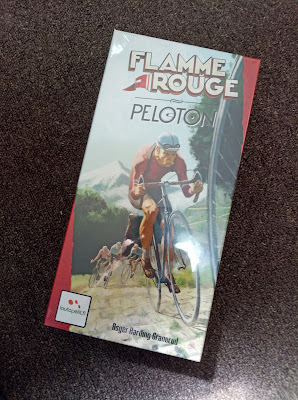 It expands the basic game by adding two more riders, plus their card decks, taking the player count up to six. It also adds some cards to allow you to run 'bot' teams for solo play (or to pad out multi-player games). And there are new track sections. These include a wider start area for the increased cyclist count, as well as the new cobblestone and supply zone sections. The formers are narrower stretches of rough road which prevent slipstreaming, whilst the latter are wider areas which have a minimum move distance regardless of the card played, so help the pack. 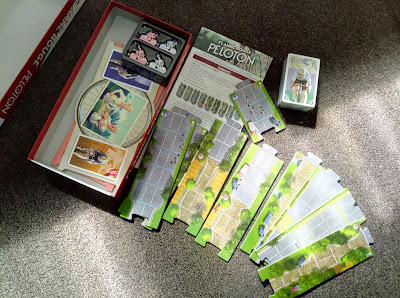 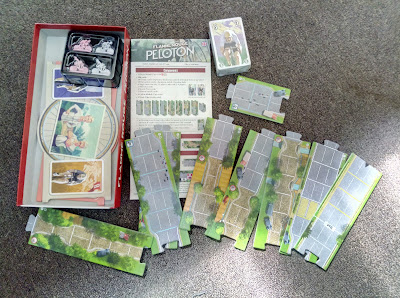 Here's a race set up with the full complement of cyclists. 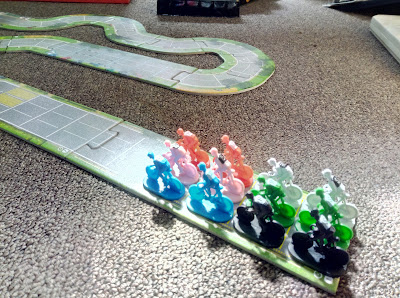 Catherine and I played a couple of games using it in the evening. We ran one team each and then used the bot rules to run the other four - two bots each. 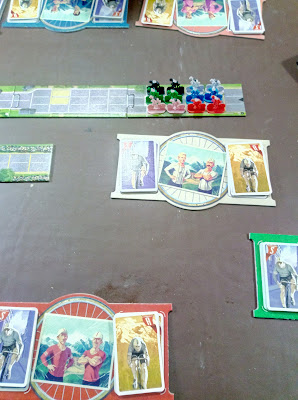 The extra cyclists really add to the game, making for a more dynamic pack and offering more slipstream opportunities (along with more chances of being blocked). 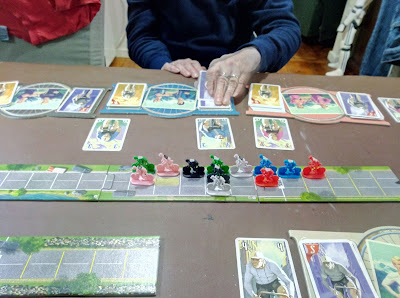 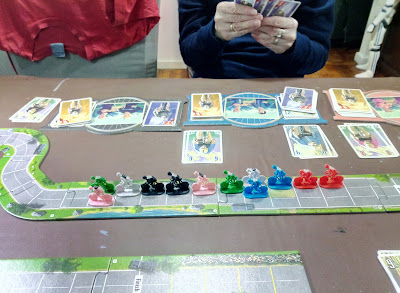 The first race we ran had a couple of stretches of cobblestones, along with a few very small ascents and descents. Even on the initial rush from the starting line the pack broke up. 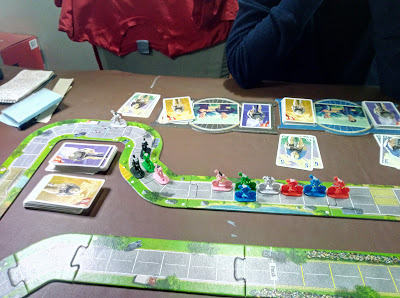 And it stayed spread out through the first set of cobblestones and past the first ascent. I was playing red and Catherine blue, so you can see that we got stuck at the back. Black was the powerful Peloton bot, which is a tricky opponent to beat (but which is limited to one team per race). 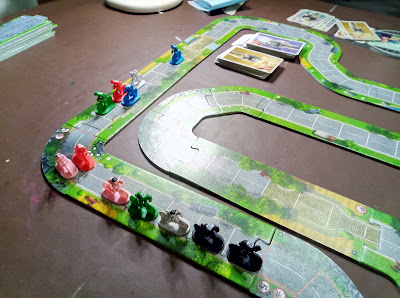 The final stages still saw a lot of fragmentation. I had worked one of my riders within striking distance of the leaders though. 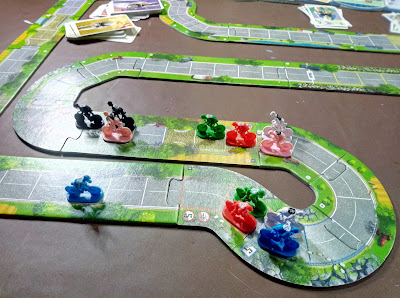 Closer to the finish ... 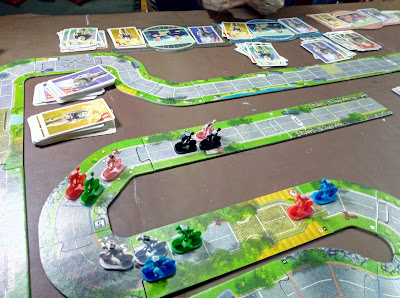 ... and a final surge saw half the riders racing for the line.

Black won it, but my red cyclist came from the back of that pack to claim a cheeky second or third place. 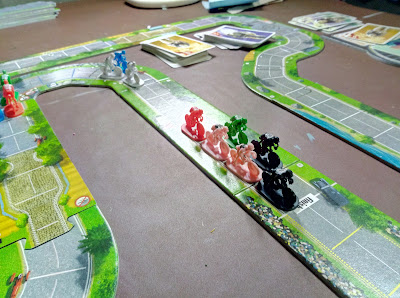 I didn't record the second game, aside from this one picture. It saw a tighter pack towards the end. The course had a single huge ascent near the beginning, with a sprint over the remainder. The ascent broke things up a little, and caused a number of riders to burn crucial cards, whilst the sprint saw the pack reform, with all of the riders in the peloton for the final run to the finish. However the ascent had cost everyone dearly and teams were running out of cards on the final moves to the finish. Most teams wobbled exhausted over the line. I managed a fourth place with one rider, but my other didn't do so well. Catherine finished with both her riders in the middle, so we gave her the win out of the two of us. 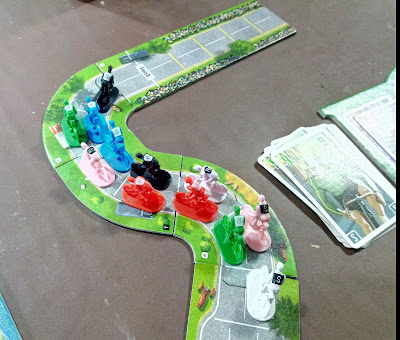 Anyway, if you have Flamme Rouge then this expansion is well worth getting for it.
Posted by Kaptain Kobold at 11:17