Caesar and I played DBA last night, with an outing for my 6mm Dark Ages armies that haven't seen the light of day in a long while.

The first game saw the Strathclyde British (me) defending against a Pict invasion, because Caesar wanted to try out the Picts' Fast Pike. 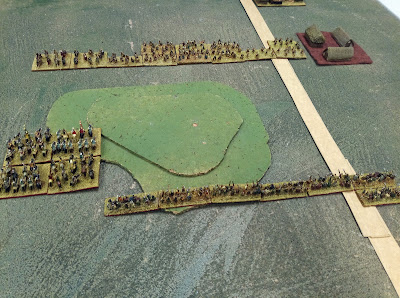 On my left my cavalry smashed into a wall of Pictish spears supported by light horse. 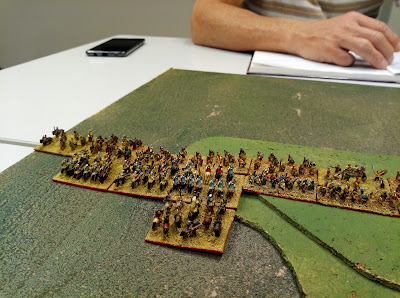 On my right my spear-line was overwhelmed by skirmishing Pictish archers. 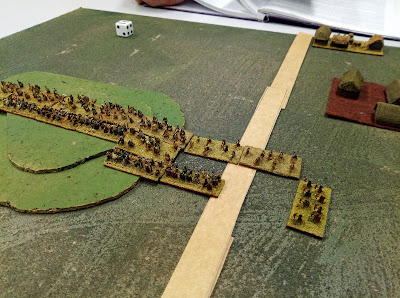 In the centre my steady spearmen drove the lighter Picts back. 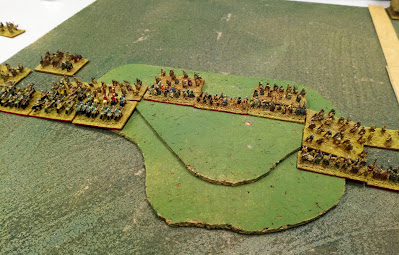 The British fell back on their flanks, leaving the centre exposed. 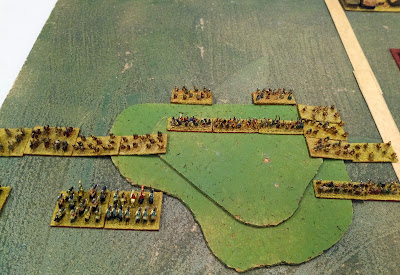 Gaps opened in both lines, which the Picts exploited. 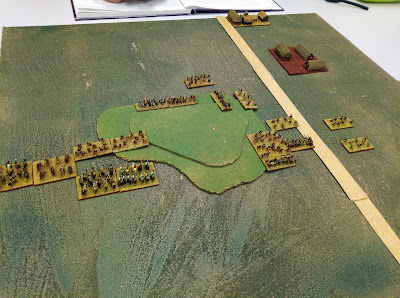 A final push by a block of their light warriors saw the British defeated. 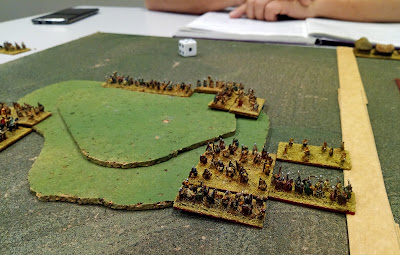 I think that this was the first time the Picts have actually won a battle - the lighter pikes are tricky to use, but did the job when used in a mixture of single and double ranks.
Caesar kept the Picts for the second game, whilst I switched to the Scots-Irish, who are basically a mass of auxilia. 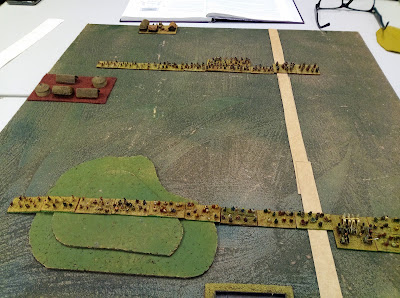 We charged in two long lines and clashed in the open field. Caesar was horrified to discover that the auxilia could kill his light horse. Actually I was as surprised as he was; I'd forgotten about that combat result* 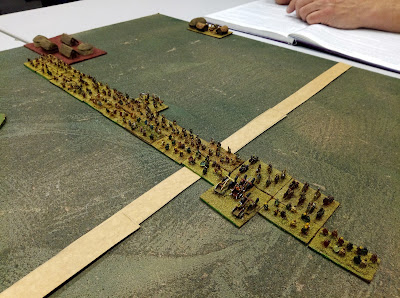 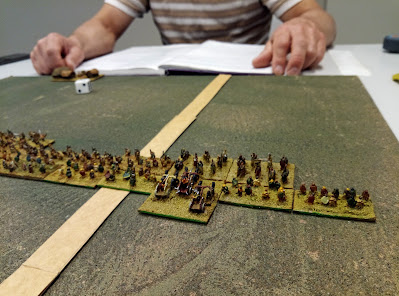 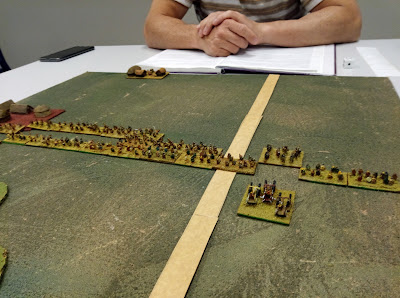 Caesar's general also led from the front, driving a block of Pictish spearmen through the centre of the Irish line.

The lines were broken up now. Whoever got the PIPs would win. I got a '1'. 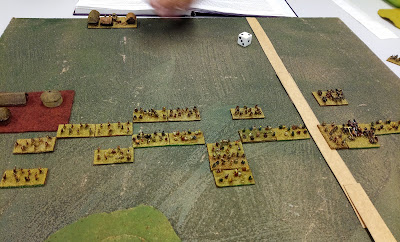 Caesar got more than '1', exploited some gaps and killed my general, for his second win of the evening. 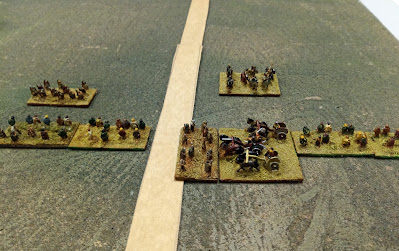 It was nice to have those armies out on the table after such a long break, and great to see the Picts come into their own as well.