In my last update I said I was performing in a couple of shows during February, and I now have a few pictures to share. They were taken at the Burlesque Muse 2021 competition in Canberra, courtesy of CaptaVitae Photography and Stuart Bucknell Photography. 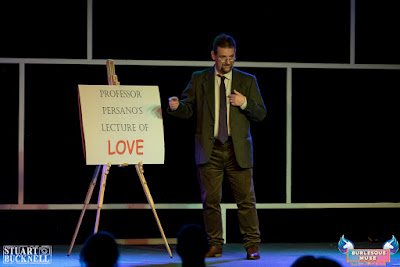 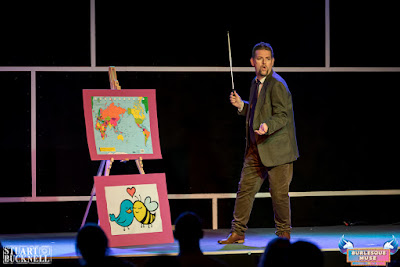 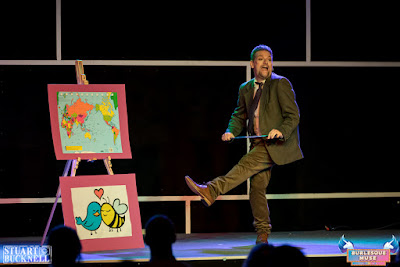 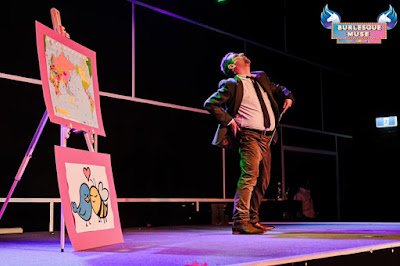 Here we are all lined up on stage for the announcement of the winner (Spoiler: It wasn't me) 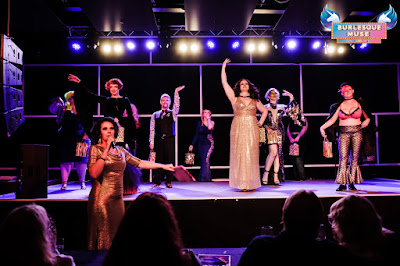 Now show would be complete without a backstage selfie. This is me with (left to right) Stella Doubleshot, Miss Jossofine and eventual runner-up Lola Lust 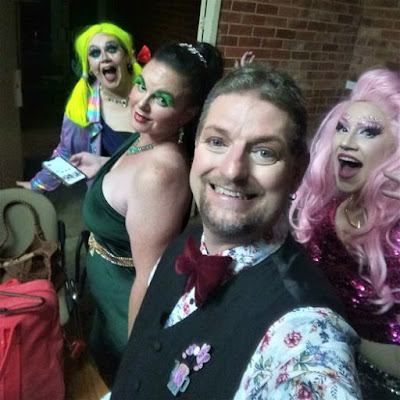 In the previous post I said I was also performing in Wollongong. The only performance photo I have from that night is what we call a 'pasty shot', and one generally doesn't share what are basically the final reveal pictures on social media because you want audiences to come to a show and see those. But here's another backstage selfie, featuring Miss Patsy Declined, Shazza from Sanga and, in the background, Faerie Cake 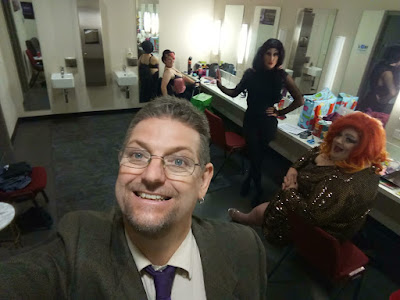 Both shows were fabulous to perform in, with good-sized audiences even allowing for our moderate COVID restrictions. At the end of this month I'm taking my act up to Sydney, as the regular burlesque shows there are starting up again.
And as well as shows, we have classes slowly starting up again as well. This was taken last weekend at a silk fan workshop Catherine and I went to, run by Canberra performer Jazida. 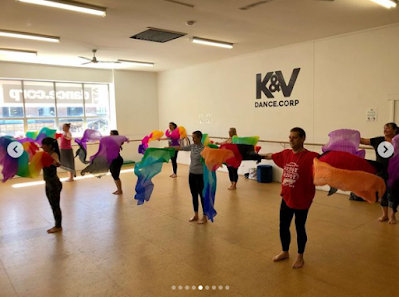 Stay tuned for the next update!
Posted by Kaptain Kobold at 09:23