I based and undercoated most of the first batch of ships and objectives for 'A Billion Suns' yesterday. There's two fleets of the smaller ships there; larger ships will be in the second batch, since it doesn't look like they appear until you play the higher scale games. 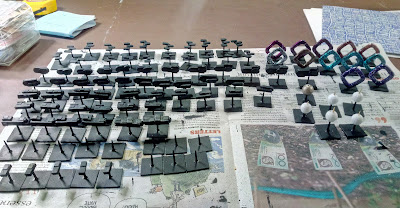 Here are some jump points; enough for two players. 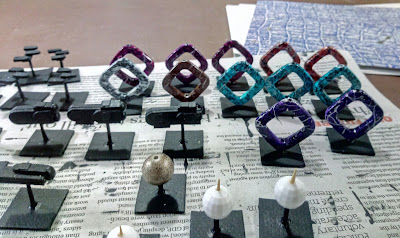 The ships. I'm still not quite sure what colour schemes I'm going for with them yet. 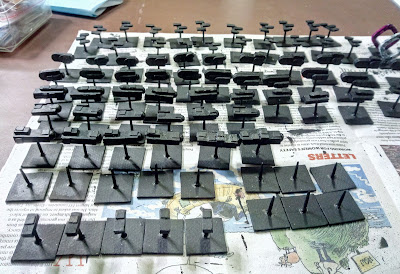 I still have a few vessels and similar to make for some of the contracts, including facilities and the awesome space-kraken.
Posted by Kaptain Kobold at 11:00

Email ThisBlogThis!Share to TwitterShare to FacebookShare to Pinterest
Labels: a billion suns, painting