So here we are - the final battle of the ECW Snakes And Ladders campaign. The winner of this action would win the campaign, with Parliament (who initiated the battle) having a potential one unit advantage.

In fact what happened is that booth sides ended up with six units, but Parliament could upgrade the quality of one of them.

So the forces were:

The foot of both sides set up with a ridge between them. The Royalists set up first so had horse on both flanks just in case. Parliament responded by massing all of their horse on their left. 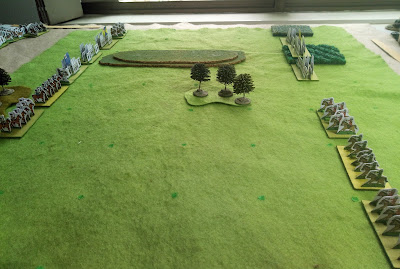 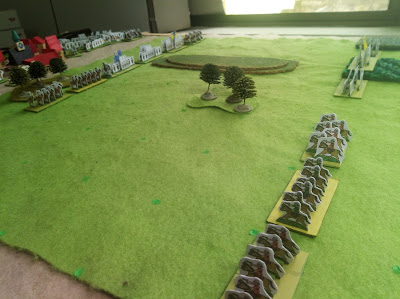 Parliament's horse swept forward, but the Royalists counter-attacked cleverly and ended up outflanking their advancing opponents. 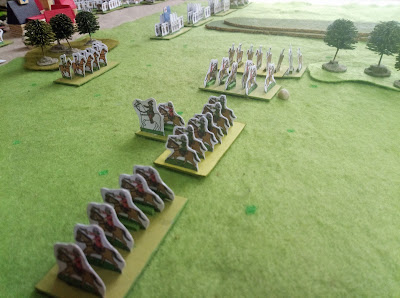 Making use of some advantages in initiative they overwhelmed one of the Parliamentarian horse units, destroying it and negating the advantage of numbers Parliament enjoyed. 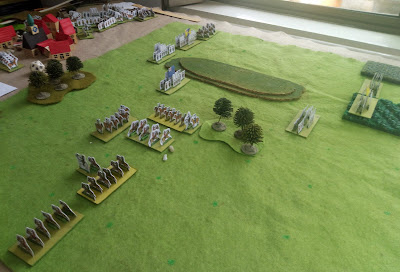 The horse of both sides was now in a head to head fight, and the quality advantage was with the Royalists. 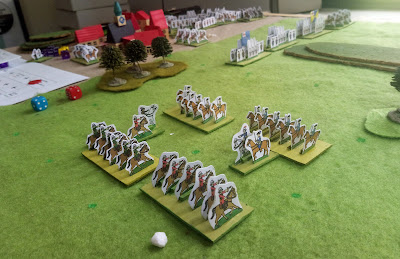 Parliament advanced their foot in the centre, and pushed back the Royalists at one point. 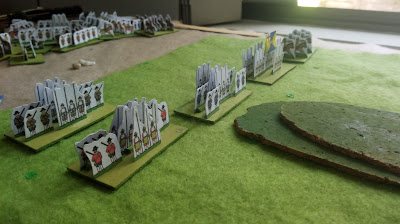 The raw Royalist horse on their left flank engaged the advancing enemy foot, but was quickly routed. 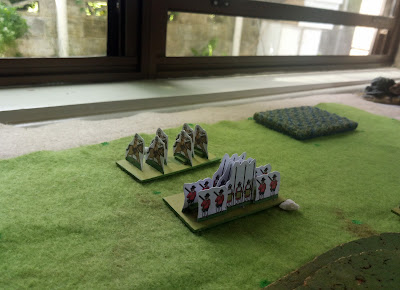 Parliament's horse was also destroyed, however. 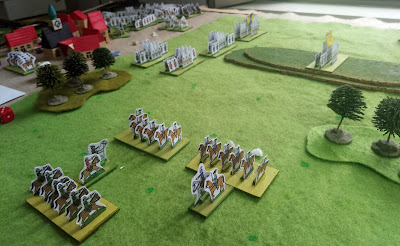 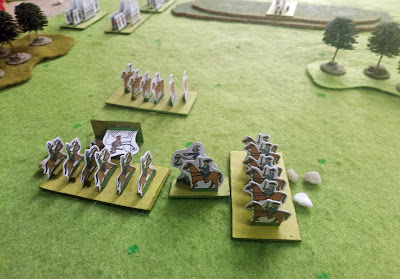 The foot battled it out on the ridge. 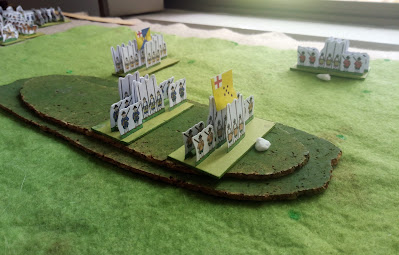 But with their horse gone, Parliament found itself at breaking-point, and failed their first morale test, conceding the battle and the campaign 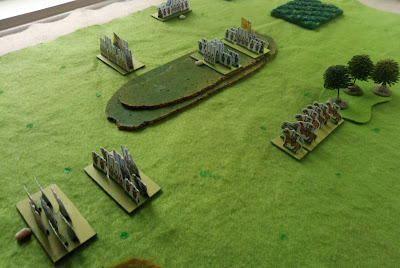 The Royalists won a fairly easy victory thanks to a couple of decent initiative rolls early on which slowed Parliament's attack and gave the Royalists a change to exploit a flank advantage.

The campaign saw seven battles (I think) only one of which was won by the side initiating it. Which is against the odds since neither side really enjoyed an advantage in terms of setup. If I did this again I'd look at giving the side which initiated the final battle a touch more in the way of advantages, perhaps. I'd also like the results of the earlier battles to fed into the campaign a little more; being able to advance along the track is good, but I like the idea of both sides having a reward to play for.

Anyway, as an exercise in generating a series of battles, with a potential narrative, the system worked really well, and I might try this format for something else (Victor has already shown me a version of it for running a solo gladiator through his career). I hope you've enjoyed reading it as much as I enjoyed playing it.
Posted by Kaptain Kobold at 15:06