It's 1918 and the Germans are falling back. A platoon has been tasked with holding a ruined village in order to cover thehretreat, before falling back across a canal to safety. 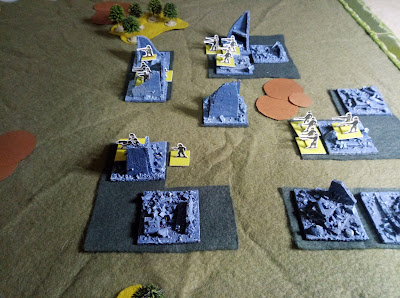 Meanwhile a reinforced British platoon has been ordered to seize the village, and the bridge, as rapidly as possible.

The Germans are defending. They must hold the village but, before the end of the scenario, withdraw at least 50% of their squads across the bridge. The British must drive the Germans out of the village as quickly as possible. At the end of each player turn I rolled 2D6, and noted down how many sixes were rolled. If this total reached five then the scenario would end, so both sides were on a random ticking clock.
The Germans had two rifle squads, one squad with am MG08, and HMG and a sniper. The latter didn't count as a squad, so the Germans needed to withdraw at least two squads by the end of the game.

The British had a standard platoon (rifle, bomber, Lewis and rifle grenade squads), plus a Vickers MG and an attached squad of specialist assault troops.

Both sides had one officer, and the British had a sergeant as well.

Terrain was randomly placed. The British mustered for their attach behind two undulations. 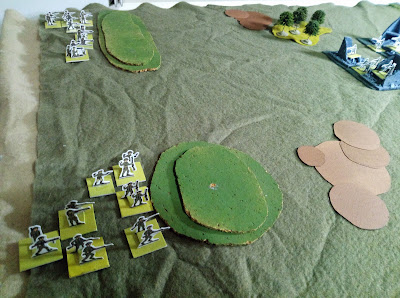 On their left they sent a rifle squad wide, with the sergeant in support. The rifle grenadiers and Vickers moved to the crest of the undulation to provide covering fire. 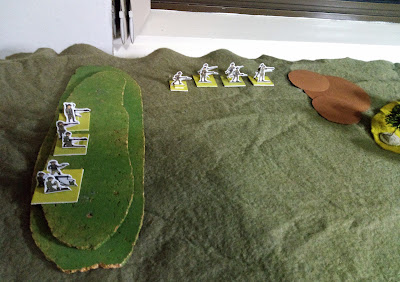 The Germans held their rifle squads in reserve, and covered the front of the village with the HMG and the MG08 squad. 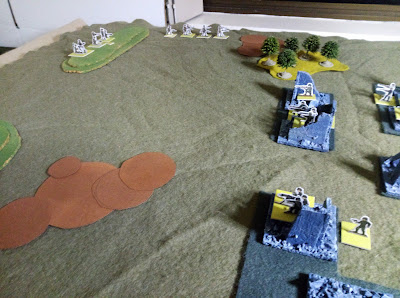 The main British attack was to be on the HMG position. The bombers rushed forward to the cover of some shell-holes, whilst the Lewis squad moved on their right-flank ready to set up a covering fire position. 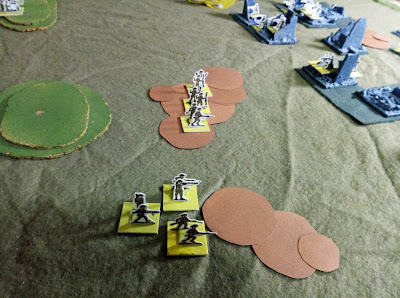 British covering fire was abysmal - the HMG and rifle-grenades hit nothing. The Germans were more effective; a crossfire from the HMG and the MG08 wiped out the bombers. 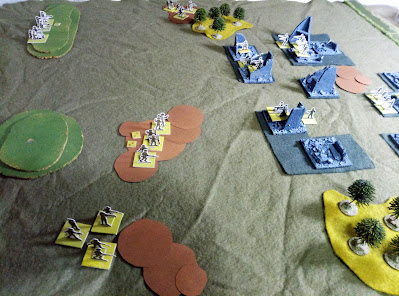 Emboldened the Germans moved one of their rifle squads to cover the approach to the right flank of their position through the woods. 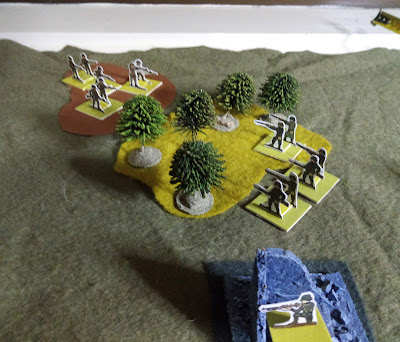 With no bombers to provide covering fire for, the Lewis squad worked its way around the left flank of the village. The clock was ticking, and they were looking to get into a position where they might be able to hinder the German withdrawal. 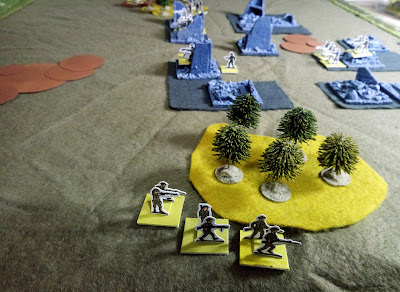 On the other flank the British attacked, but were easily repulsed after a fierce fight in the woods. They fell back to regroup. 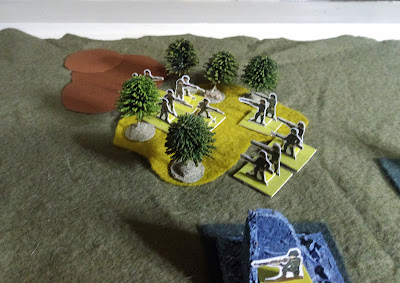 With no serious threat to their defences, the Germans began their retreat. 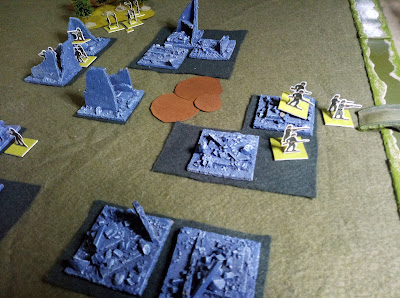 The British assault squad moved up. Short of time they adopted the same bull-headed plan as the bombers, but managed to make use of the cover more effectively and survived the incoming fire. The British officer fell to the sniper, however. 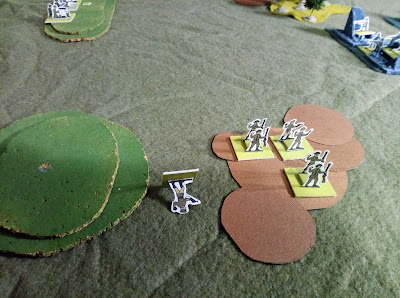 The assault squad attacked the HMG, and wiped it out (I used an optional rule from Squad Hammer Core that if one side rolls a '6' and the other a '1', then the low-roller is automatically destroyed regardless of factors. Guess what happened.) 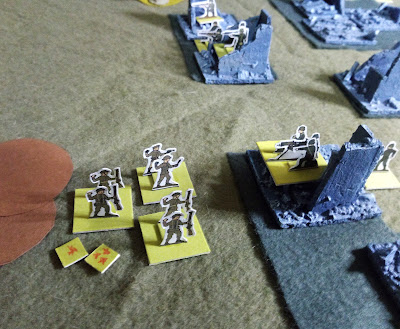 With four of the necessary five sixes in the bag, the Germans picked up their withdrawal. 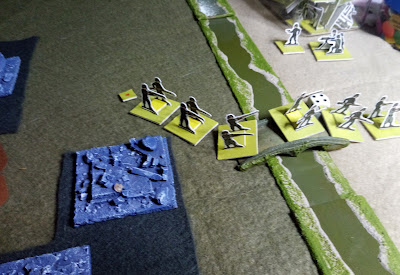 And as they completed it they rolled the final '6', ending the scenario. 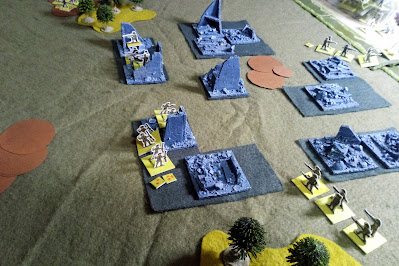 The Germans had won, with a squad still happily ensconced in the village, and 50% of their force withdrawn. The British had inflicted little damage on the Germans - their only success was taking out the HMG. Their cover from their heavy weapons had basically been non-existent, and their flanking moves simply ran out of time. 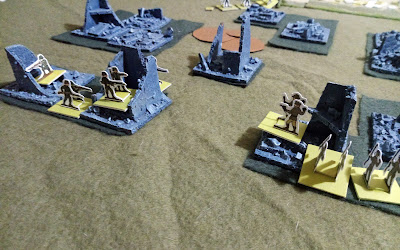