I'm not going to explain the whole background to this campaign - you can read that in PART 1.

At the end of the last part the Royalists had initiated a skirmish on a battlefield with a small village at its centre. This evening I played it out.

Here's where I left it, with the Royalists at the bottom of the picture and Parliament at the top.

In fact I made one change. I was persuaded by another that for a battle this small there was unlikey to be much in the way of artillery - in my PW rules it represents a reasonable amount of the stuff - so I swapped it for a unit of dragoons, who ended up trained. 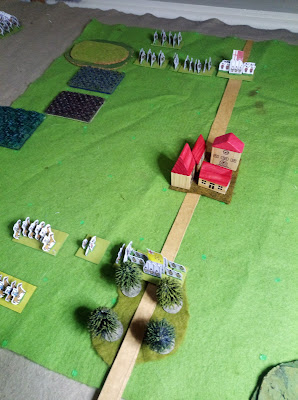 And you can see them here. The Royalists got the initiative, and as the Parliamentarian foot advanced down the road, the dragoons seized the village. 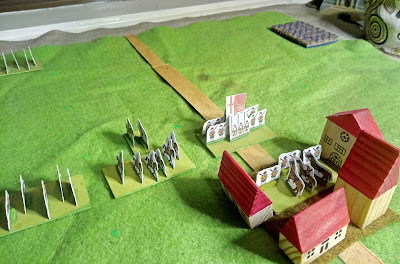 Early stages. Parliament's foot was thrown back from the village by shooting from the dragoons. Their horse charged the Royalists. 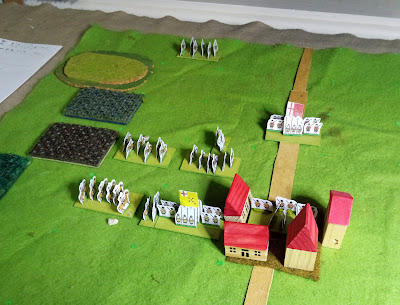 The Royalist veteran horse found themselves being outfought by a bunch of newly recruited farmers on old nags. 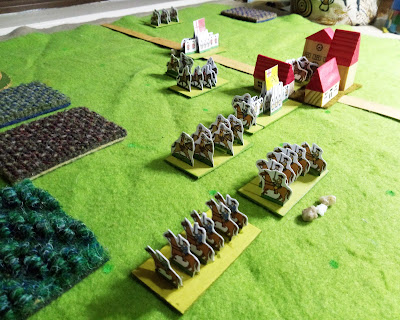 They brought up their own newly-recruited horse in support to try and stabilise things. On the other flank Parliament sent their reserve horse into the village, catching the defenders by surprise and inflicting casualties on them. 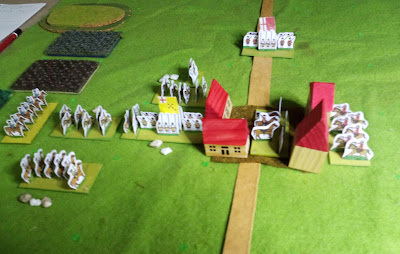 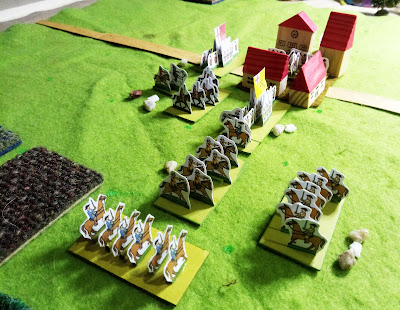 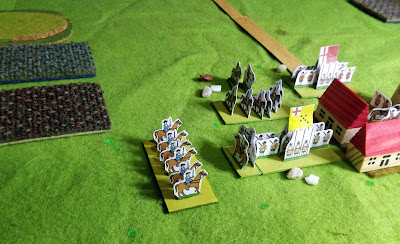 Despite holding the village, they failed, giving Parliament the win. 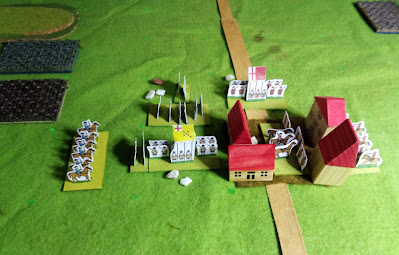 Since the Royalists had initiated the action there was no change on the board.

Action moved back to the board. Parliament rolled a 3 and simply advanced along the third row. The Royalists also rolled a 3, which saw them best by bad weather delaying their march, and caused them to drop down a row. 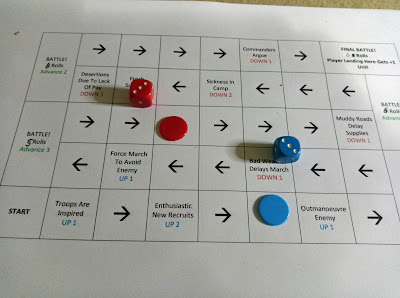 On Parliament's next turn they rolled a 6, which saw them advance to a battle square. This would possibly have six units per side, and if Parliament won would give them a five square advance, putting them very close to the top row and a finish. 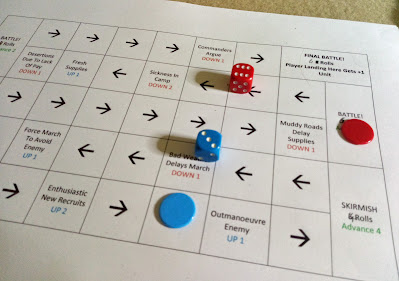 And these are the forces. I will go through them in detail in the next post, but the game will see a strong force of Royalist foot facing a Parliamentarian force made up almost entirely of horse. The battlefield is dominated by a village and a manor house. It could be an interestig - if short - game. 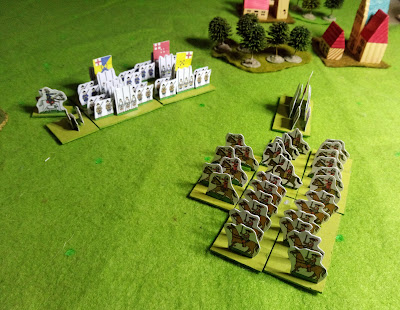