When I last posted about this campaign I was just set up to fight another battle; the first with six units per side.

The random forces panned out differently for the two side, with the Royalists losing a unit and rolling four foot (one veteran, one raw and two trained) and some artillery, and Parliament picking up one trained foot and five horse (three trained and two raw).

The armies met on the outskirts of a large village. 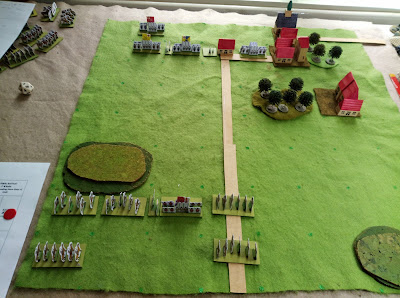 The close terrain meant that wasn't a lot of option for Parliament except a charge to try and break through the Royalist foot. 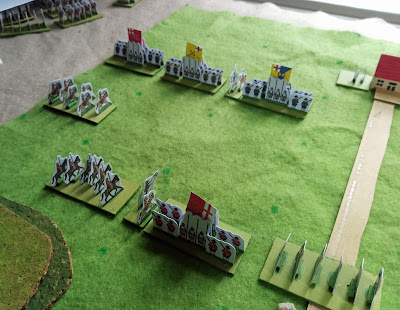 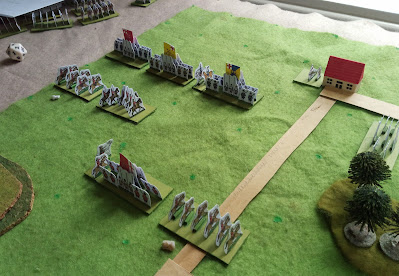 ... and were driven back. In the centre the Parliamentarian foot engaged in a push of pike which lasted the whole battle. 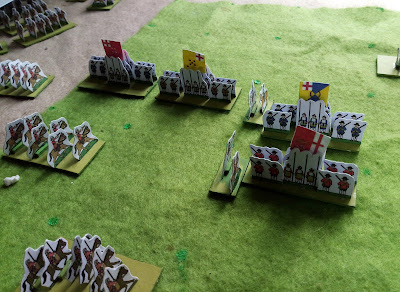 The Royalist artillery was left exposed and paid the price. 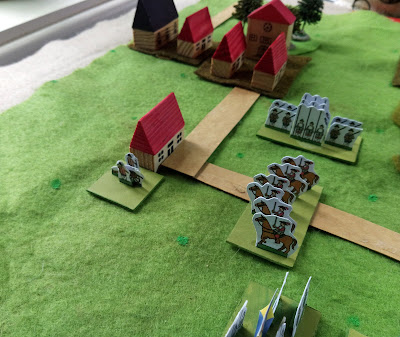 Parliament did start to drive the Royalists back but the hits were mounting. 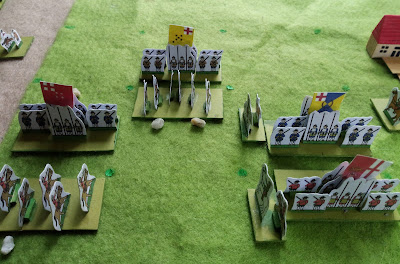 A unit of horse routed. 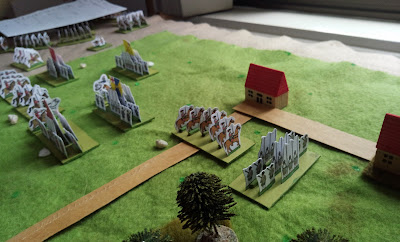 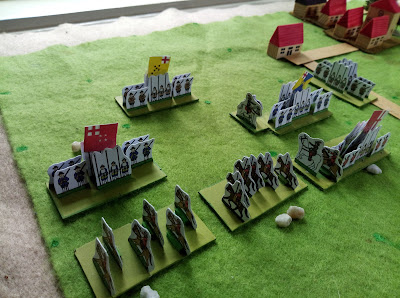 A fairly inevitable result given the matchup and the terrain. The Royalist foot could set up with both flanks covered, and the opposing horse was forced into a losing fight.

The Royalists made their next move and ended up with another skirmish. As the fourth action of the campaign this would see no negative modifier to the troop quality rolls. 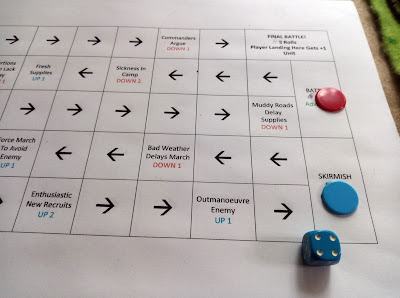 This was another uneven fight. After rolling for forces the Royalists ended up with two trained foot and two horse (one trained and one veteran). Against them Parliament could only muster one each of foot, horse and dragoons, all trained. It was a more open field than the previous action. 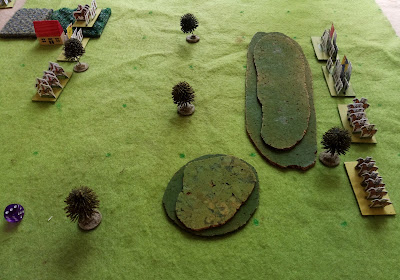 It was obvious Parliament was going to be outflanked from the start. 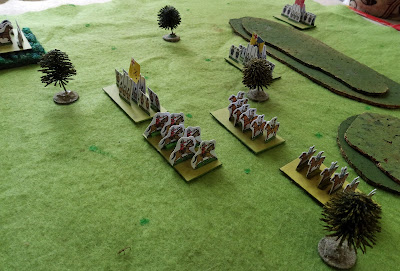 And they were. Their horse put up a good fight, but was quickly routed. 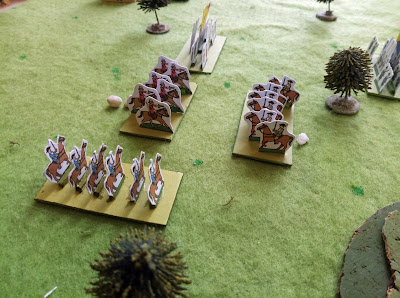 Their foot, however, was made of sterner stuff. Despite being attacked from the front and both flanks, it held and actually managed to inflict casualties on the Royalists. 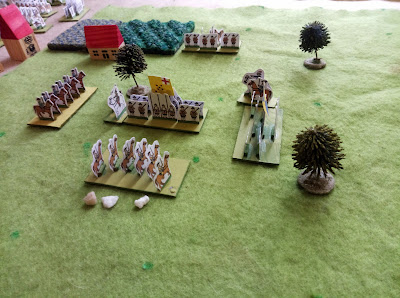 Indeed the Royalist veteran horse couldn't take it, and ran. 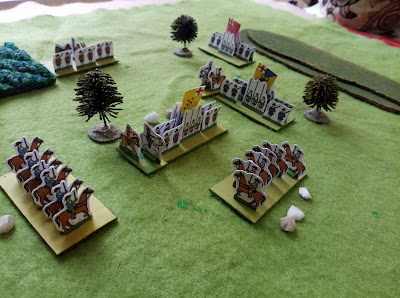 Even the Royalist commander fell, just before they managed to defeat the Parliamentarians. 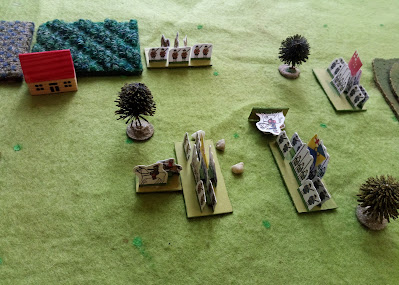 For an uneven setup this was a close fight, mostly due to the invincible foot unit.

For winning the action, the Royalists got to advance four spaces. 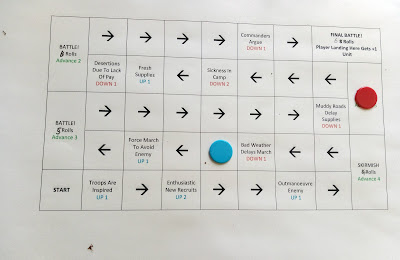 On the next turn both sides simply advanced, Parliament by five and the Royalists by three. 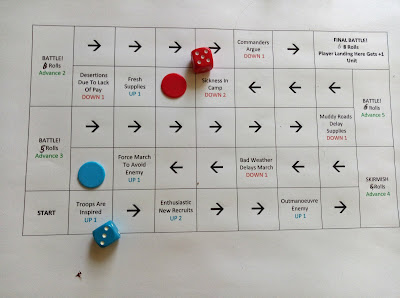 Parliaments next roll put them on a battle space, and that will be the subject of the next part. The next Royalist move will also see a battle. 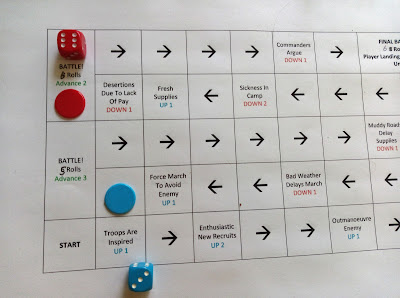