Back In The Trenches

I had a bit of a yearning to get Trench Hammer out over the weekend, and even played a quick game on Sunday evening, which I failed to report here. But I played another one thins evening, so that's what you get.

I thought I'd try some of the ideas from the Trench Hammer Expansion Pack, specifically the opposed die roll assault combat. I also tried the fixed damage effects which I know are likely to be imported int the second edition of Trench Hammer  from the more advanced WWII version, Hammer Of Democracy.

I played the basic strongpoint assault scenario - a British platoon attacking an MG position protected by two rifle squads. This is an easy game to set up and is always fun. 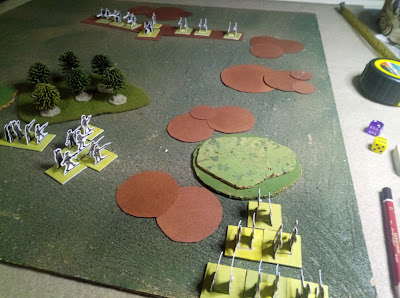 As a change I gave the British a Stokes mortar instead of the rifle-grenadiers. 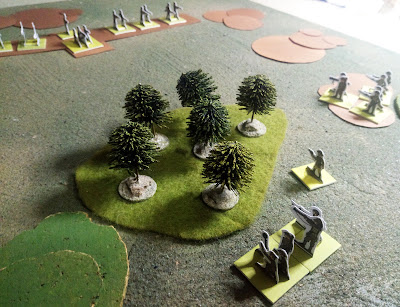 The only covered approach to the German position was through the shell-holes on the British right. The Lewis section got into position to provide covering fire, but the Germans hit it hard as it deployed. 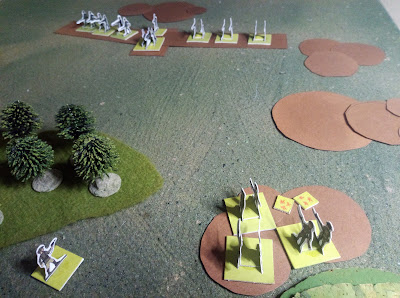 The British bombers rushed forward, with the rifle squad following close behind. The mortar kept up a steady, but ineffective, fire. 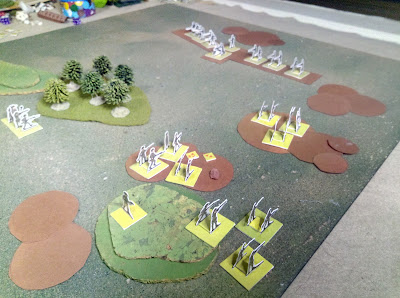 The Lewis squad fought as best they could, but were soon put out of action. The rifle squad move up with the bombers, who had already taken some casualties. 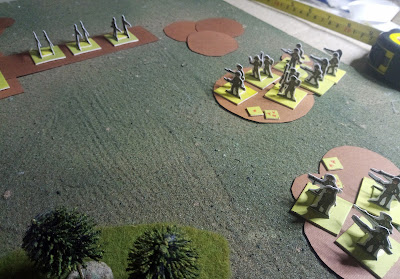 The bombers assaulted the End of the German line. They were supposed to receive support from the rifle squad, but the British command rolls were terrible, and the attack went in half-cocked. 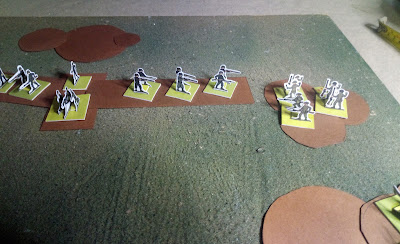 The bombers prevailed, though, and took the first section of trench. The German rifle squad retreated to some shell-holes, and reorganised. 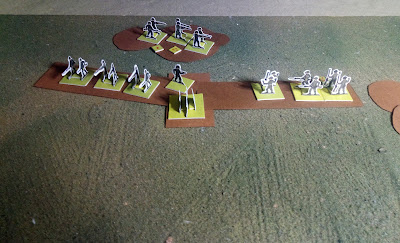 The second German squad attacked down the trench in order to protect the MG. 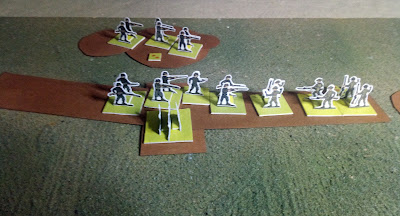 The bombers drove them off  ... 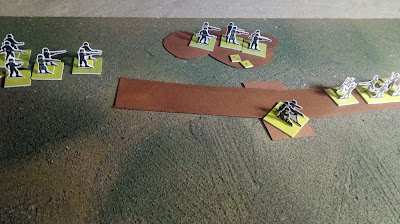 ... then assaulted the MG, forcing that to withdraw as well. 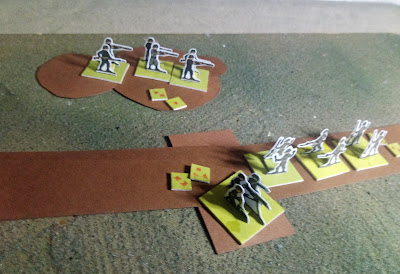 The British officer tried to get the rifle squad moving up in support, but was hit by enemy fire. 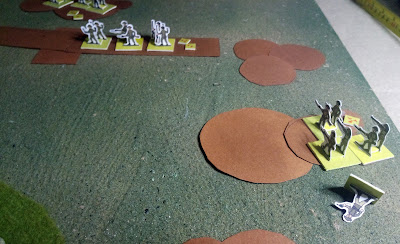 The first German rifle squad had recovered from the shock of the initial assault, and attacked back into the trench. The British bombers, unsupported and now fighting in their fourth assault, were quickly scattered. Too late the British rifle squad entered the fight ... 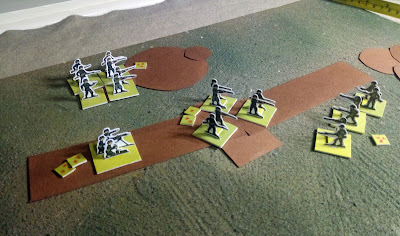 ... and in a fierce fight routed the first German squad.
The German officer led from the front and counter-attacked with the second squad, driving off the British rifles. 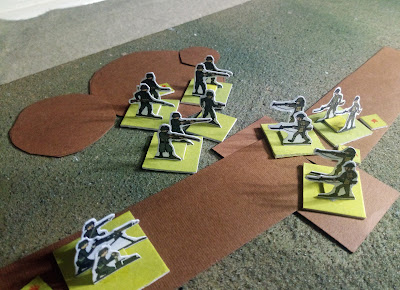 That ended the action. The Germans had lost a squad, but their MG was basically intact and they still controlled the strongpoint. 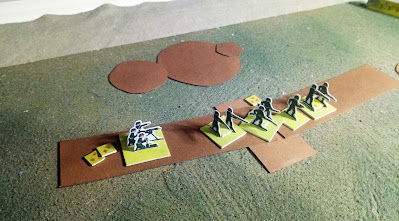 The opposed die roll assault combat is interesting, and very brutal. There don't seem to be any modifiers for terrain, so assault is a way of taking on strong-points, although the casualties you take getting there do count against you. The fixed damage for firing is interesting as well - I did use the optional adjustment die roll, which reduces it by one on a '1' and increases it by one on a '6' (so a rifle squad inflicts 2-4 damage, but mostly 3). That created a small amount of uncertainty, and is the same as I use for the Regroup action (recover two hits with the same +/-1 adjustment roll).

I'm really rather looking forward to s second edition of this game - I know the Hammer system has moved on and matured since the original Trench Hammer was produced, and it would be nice to see it updated.
Posted by Kaptain Kobold at 21:37