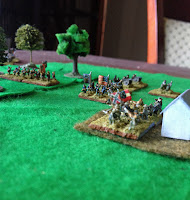 Friday May 3rd was the 150th anniversary of the Battle of Salem Church, which was part of the Chancellorsville campaign. I would have fought it on Friday evening - the actual day - but I didn't feel up to it after a long week at work, and I had a fair bit of preparation to do for my Free Comic Book Day outing to Sydney on Saturday (being a 'Weekend Princess' takes effort). So I refought it today.

I refought the attack on the church itself, with a strong Union division attacking a reinforced Confederate one. I used my own 'Mighty Mean Fowt Fights' variant of the Portable Wargame.

I didn't keep detailed notes, but I did, of course, take pictures. Here's the battlefield itself, with the Confederates just behind the church, and the Union advancing from the top of the picture. Since the attack took place in the afternoon I limited the game to eight turns, with the objective being to control the church itself. 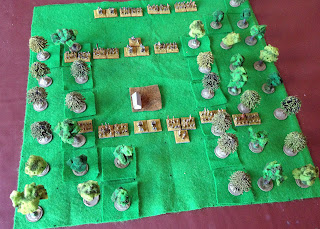 The position after the first couple of moves. 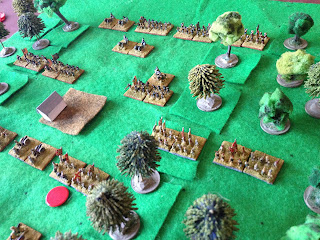 The intial firing was particularly deadly, with the commanders of both armies becoming casualties. Their loss hampered rallying for both sides.

The main Union attack was on the Confederate left, where they routed a unit. 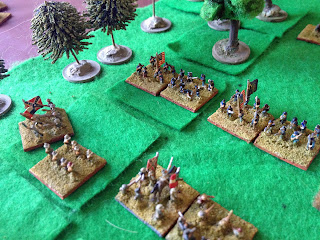 And the Confederate centre also fell back with shaky morale. 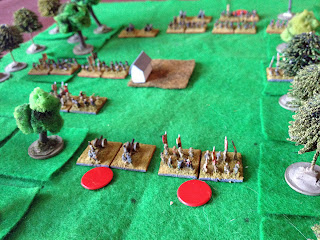 The Confederate right pushed forward against the Union left. 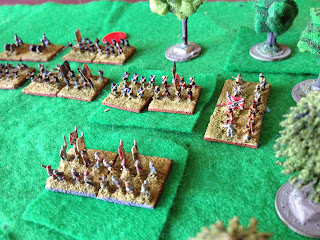 More casualties in the Confederate centre. 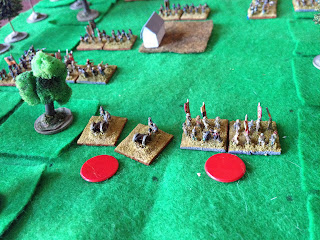 Fighting on the Union left gets more serious. 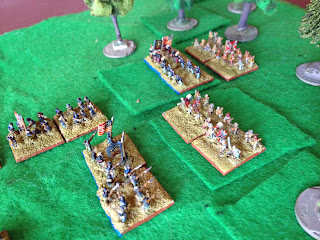 And also on the Confederate left, where the Union were struggling to make headway. 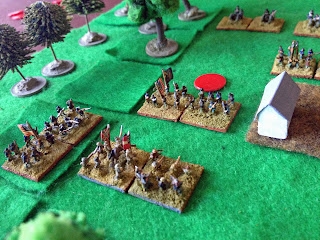 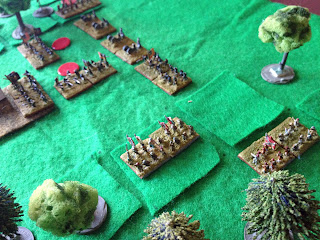 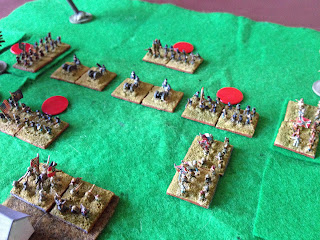 Indeed the Confederate attack caused the battle to swing round 90 degrees. 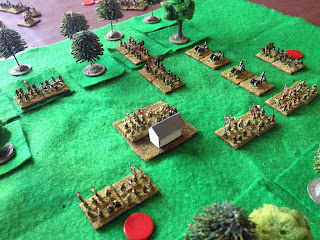 The final position. After six turns the Confederates had taken 50% casualties, whilst the Union were still relatively fresh. Although they held the church it was obvious that they would have to fall back from their position before nightfall, giving the Union a victory. 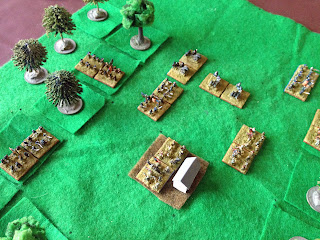 Once again the rules worked well, although I'm still convinced that I can improve the close combat as that is the weakest area of the game in terms of ease of use. I am still trying out a change where combat rolls are simultaneous, and that's not too bad, but I'm finding flank attacks are more fiddly than they need to be. I may scrap them altogether, assuming that in the case of one on one fights a unit can turn to respond at an attack and make use of the factors for multiple units that are already present in the rules for other combats.