We tried another game of Black Powder last night, set in the Peninsular in 1809 and featuring an Anglo-Portuguese force holding a ridge-line against a French assault.

Bryan and Ralph are reasonably adept at Black Powder, whilst the rest of us - aren't. But we're getting there. We used 15mm figures and measured all distances in centimeters, just to see how they worked.

The French has eight turns to clear the ridge and get to the other side of the table. With hindsight this wasn't really enough, but we're still learning.

Here's the terrain and the Anglo-Portuguese setup. 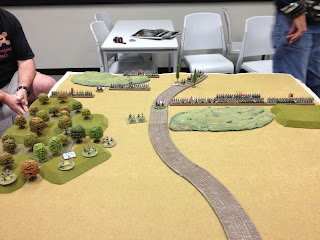 The British and Portuguese are in line - of course. 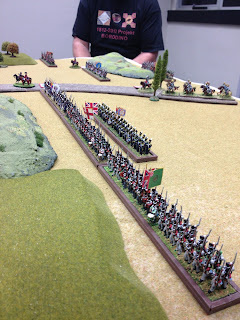 The French appear. In columns. 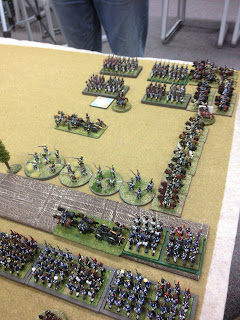 And they have skirmishers. 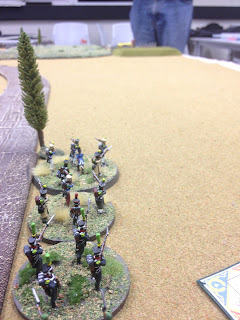 The French fan out onto the table, and form up for the assault. 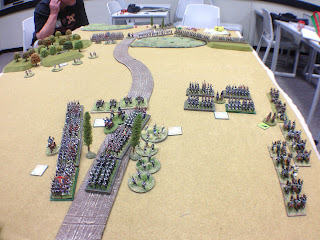 The first brigade prepares to go in. 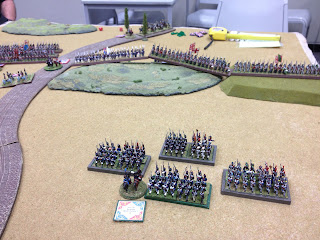 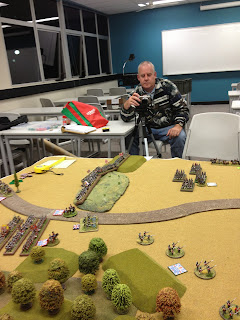 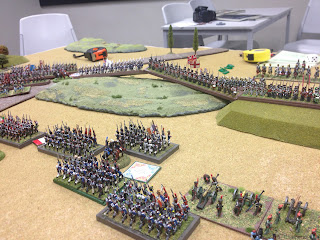 The French cavalry charge up the ridge and find a British square waiting for them. Merde! 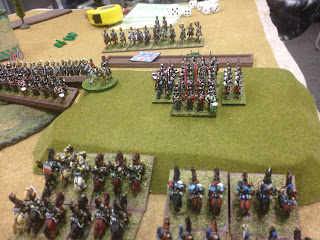 The French get well and truly stuck-in. 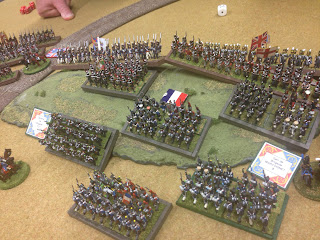 They even get stuck into the British square. Somehow it resisted the attack for three turns, though. 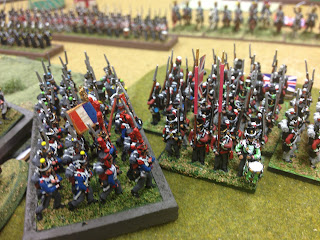 The Italian Guard resist all attempts to dislodge them from the ridge, mostly by rolling to save virtually every hit inflicted on them and by having more supports than their Anglo-Portuguese attackers. By the end of the game they had routed three enemy units just by sitting there. 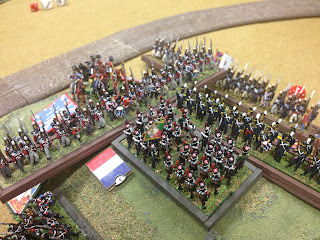 Ladies and Gentlemen, I give you - The Italian Guard! 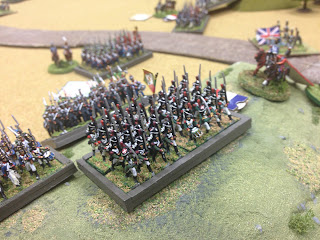 At the end of the eight turns the French definitely had the upper hand, and pretty much controlled the ridge. The Anglo-Portuguese army was badly mauled. Given that the French were never going to reach the other side of the table it was deemed that they'd basically achieved a victory in the time available.

Using centimeters worked well with 15mm figures, giving us a decent sized playing area on a modest table. I plan to try it for my 6mm ACW figures at some stage (using 3 or 4 base units on a 6-8cm frontage).

Caesar and I share a birthday (tomorrow, in fact) so we had cake. 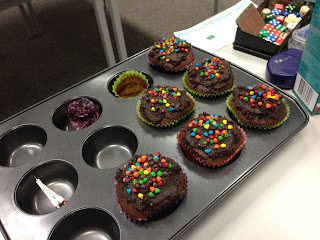 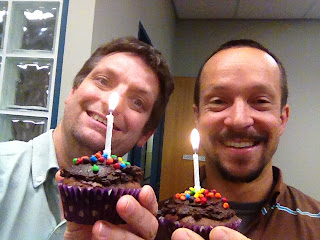