Victor came down from Sydney this evening, to play some gladiators. Since it uses a small space, we set up in the back-room. The setup involved a bean-bag for seating one of us, but initially it was already occupied. 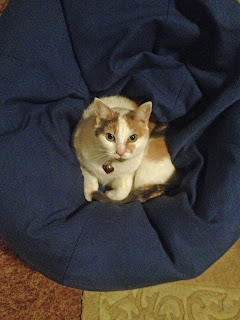 On to the gladiators, using Munera Sine Missione v2.1. We played three bouts. In the first a Murmillo fought a barbarian. 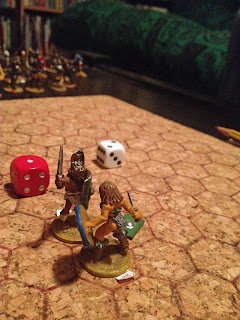 The barbarian did OK initially, but fell to a lucky critical.

Victor gave his luckless Crupellarius a go, against my Thracian. 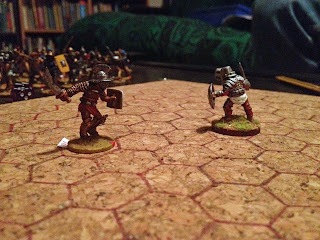 Another lucky critical saw the Crupellarius maintain his run of bad luck. 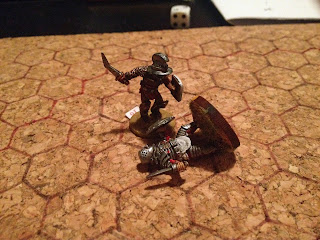 Finally an African Barbarian with a spear faced a Dimacherius. 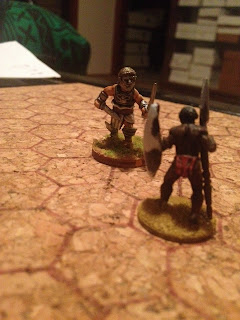 The African danced around quite effectively, and got in some good thrusts. But he too fell to ... a lucky critical. 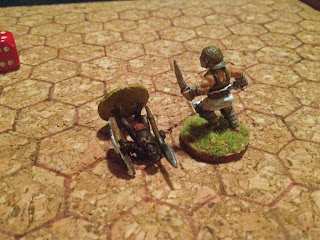 Lucky criticals aren't as common as these games suggest. really.

We switched to a couple of games of Zombie Dice. Victor got the brains, I just got shot. 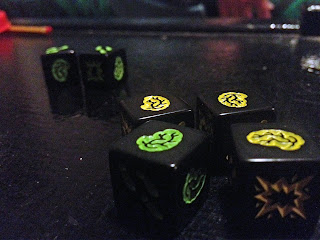 Finally, Elchfest. It has wooden elk, and involves flicking stepping stones around to create a route across a river. 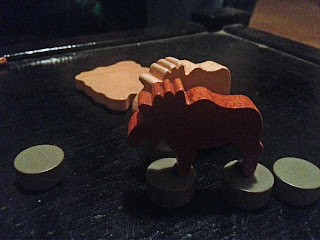 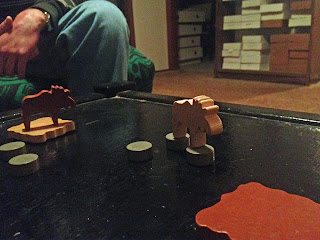 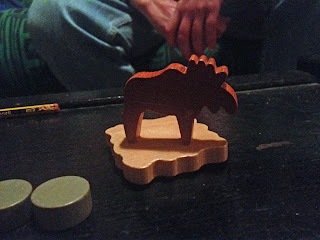 And that was the evening gone. We discussed solo game mechanisms and the format of the next MOAB comp, and then it was time to Victor to head home.
Posted by Kaptain Kobold at 00:14