Death In The Desert

I was the only person available for gaming tonight, so I stayed at home and gave my new Arabs their promised outing against the Parthians.

The Arabs defended anchoring one flank on some bad going (putting archers in it), and restricting the Parthians to a frontal assault. The line of hills caused command and control problems, with action taking place on one side of them and both generals on the other. 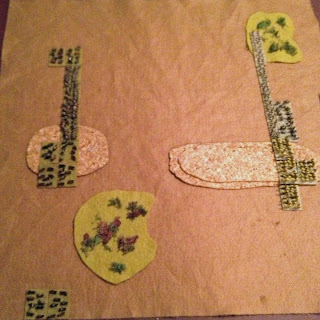 Both armies pushed their Riders forward around the hills. 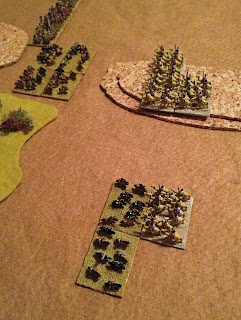 The Parthian cataphracts charged in the centre. 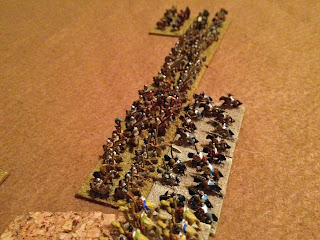 True to form, their general forged on ahead, his +1 in combat making him too effective compared to his supports. 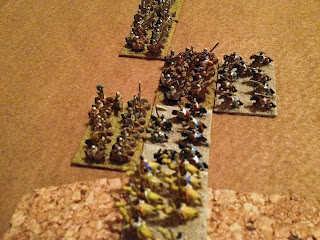 A Parthian Riders was forced to retreat off the board. 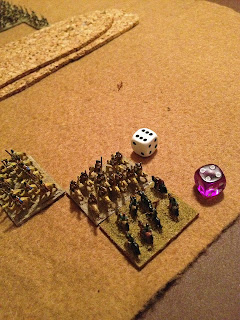 The Parthians attacked up the hill. 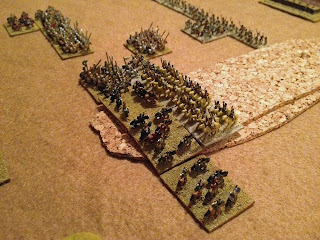 And the armies pushed back and forth, a swirling mass of light cavalry and camels. 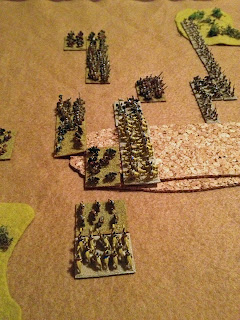 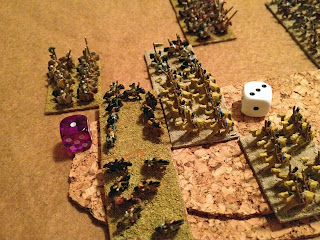 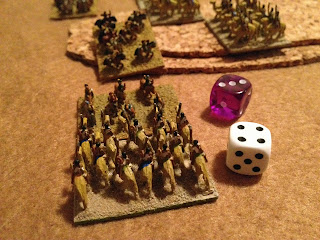 In he distance the Parthian general reached the Arab infantry line and could almost smell their stronghold beyond it. 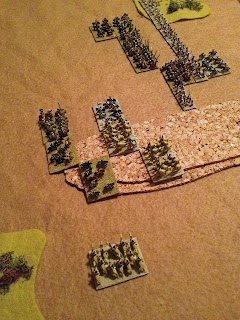 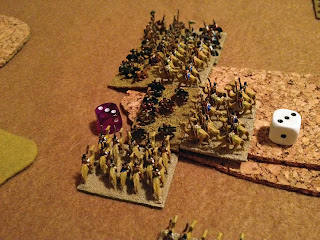 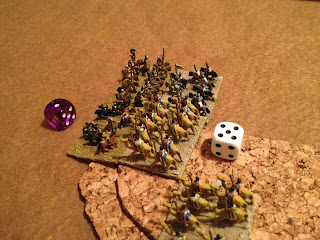 In fact that last was enough to break the army (I think I missed photographing one kill). Here's the position at the end of the game. 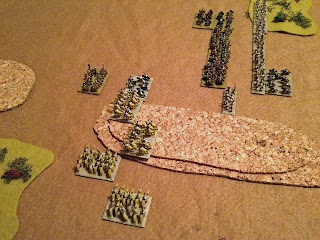 The cataphracts were ready to charge, but they'd left it too late - light cavalry losses elsewhere destroyed the morale of the army. 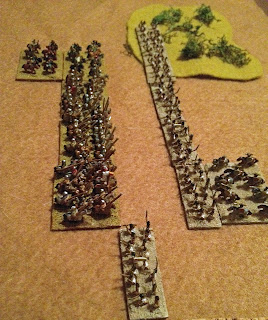 The battle was won on one flank where the outnumbered Arab Riders were able to whittle their Parthian opposite numbers down, element by element. The Parthians lost six Riders. The Arabs lost nothing. The Parthian Knights didn't really have any significant effect on the battle.

This is a combination worth trying again, though.