Comic Gong is Wollongong's first comic convention, and was organised by the city library, seemingly in association with Free Comic Book Day. It was a short event - only three hours - and there were comments that this wouldn't make it attractive to people. But it was; attendance was excellent, with many people of all ages getting into costume. The event featured an artists' alley, of course, and stalls from King's Comics in Sydney and a company that did movie stuff. There were also artists workshops and lucky prize-draws throughout the event, and the obvious chance to mingle with other nerds of all ages.

The whole thing was excellently organised and (importantly) well-promoted.

I got some loot.

Some more Heroclix, of course: 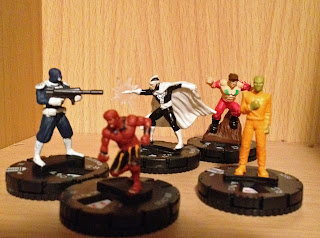 And, to go with them, a pack of Fantastic Four playing cards; more appropriate for tracking initiative in 'Clobberin' Time' than the Sherlock Holmes ones I've been using up until now: 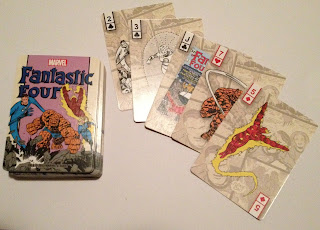 And, finally, some prints and a comic. The comic is 'Captain Kitty Hawk' by Judex Jones, whilst the prints are by Matt Lin (who ran the manga workshop my daughter did) and Marcelo Baez. Matt Lin's figure with the sword and pistol is apparently concept art for a forthcoming range of steampunk wargames miniatures. 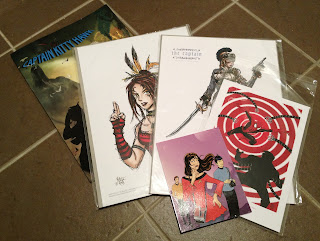 Here's a few more pictures from the event.

Here's the ladies from Circus Wow: 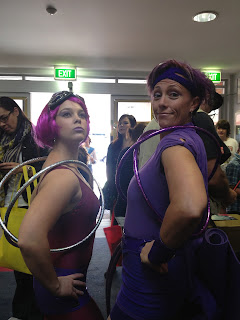 And here they are doing their stuff. 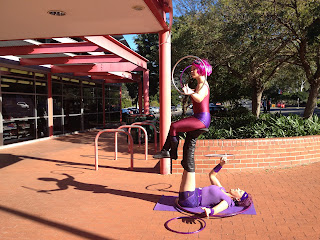 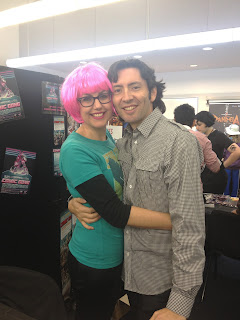 The results of a cartooning workshop. 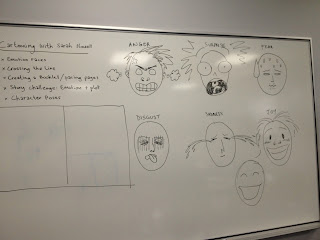 And the board at the end of Matt Lin's manga workshop. 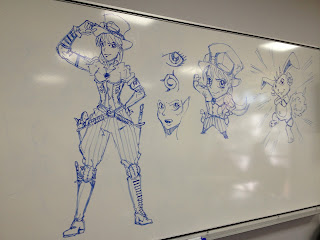 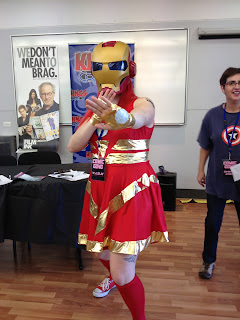 Whilst another librarian becomes a shieldless Captain America. 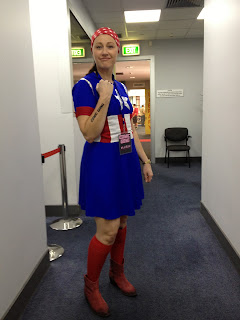 It looks like Comic Gong was quite a success, which bodes well for it being held again next year. Let's hope so; the more events like this that Wollongong gets, the better.