Albion - The World Of 'Hordes of the Things'

Once again I failed to cover Old Stuff Day on 2nd March, but I'm only two days late this year, so I'm doing better than last. I'm not promoting an old post though.

Before HOTT there was 'Hordes of the Things', a radio series parody of fantasy fiction in general and 'The Lord of the Rings' in general. It's mostly forgotten these days - indeed even the latest edition of HOTT seems to have purged its reference to it - but when it was first broadcast, back in 1980, the Radio Times featured a gorgeous map of Albion, the land in which the tale is set.

And here it is, scanned from a 1980 original and lovingly preserved in the bowels of the Files section of the HOTT Yahoo Group:. 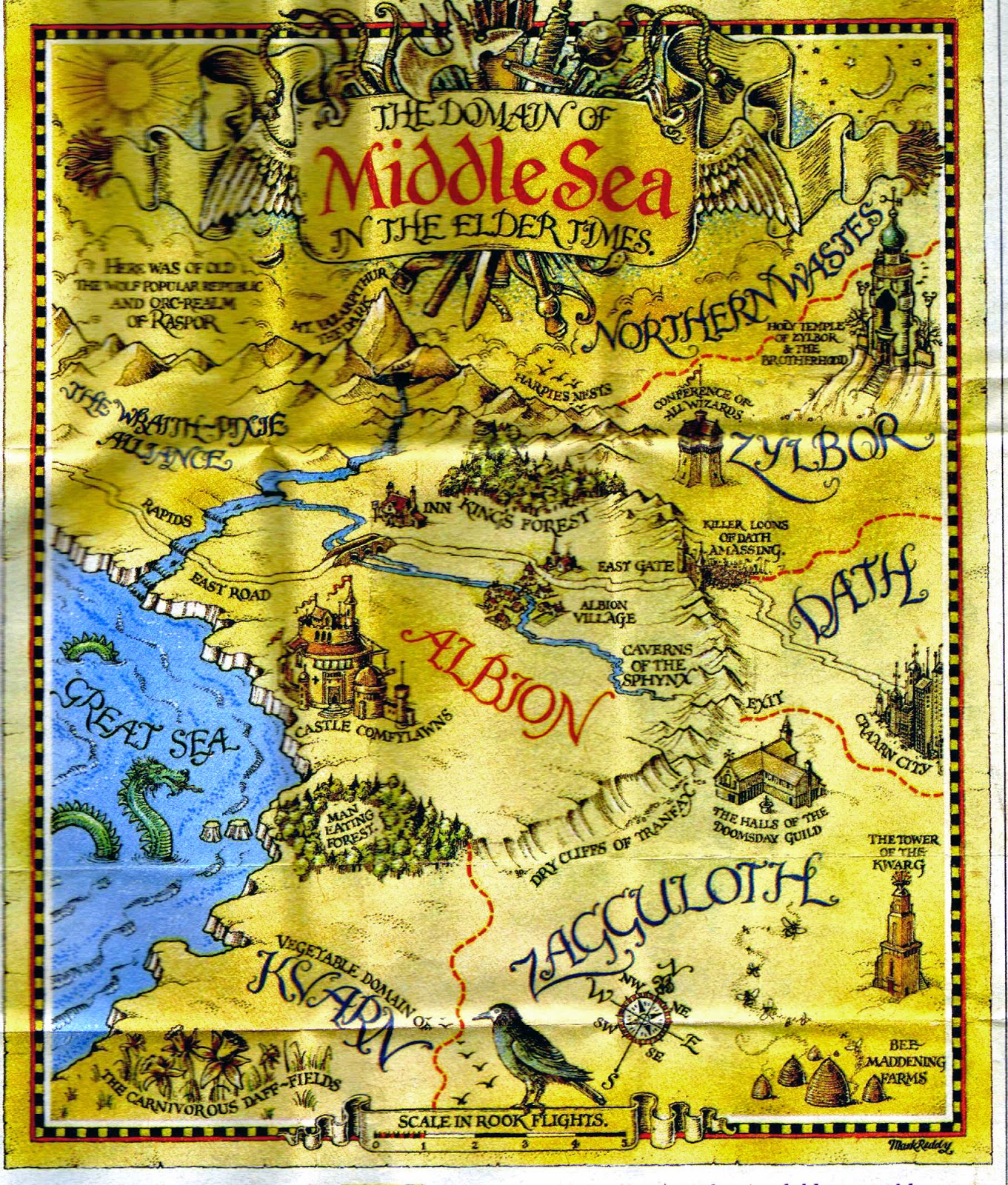 And for anyone who fancies being late to the party on Old Stuff Day, here's the remit:

"On this day, each blogger can go through their history and find posts that they’d like to shake the dust off and present again to the community at large. Some suggestions for content that would be good to post:
* Posts that you considered special that didn’t receive as much attention as you thought they deserved* Content that people liked in the past, but haven’t seen recently * Posts you might have created before your site received much traffic, and now deserve to be reshown* Or any content you’re particularly proud of!"