Last night I played my first game of Blucher since it was published. The group had had a go at it a couple of weeks ago, but I was away and missed it. However since the scenario chosen didn't work as well as it could have done it was repeated this week - Quatre Bras.

This was designed to be a fairly quick and easy game, starting as it does halfway through the day and with a low troop density in its initial stages. But really it was to allow us to get used to the rules; because we had playtested them we we've been used to different versions of things over the past months, and it was worth playing some basic games to instill the final, correct, way of doing things in us.

Here's a couple of pictures. Despite the gorgeous production values of the cards they don't really make for a photogenic game. 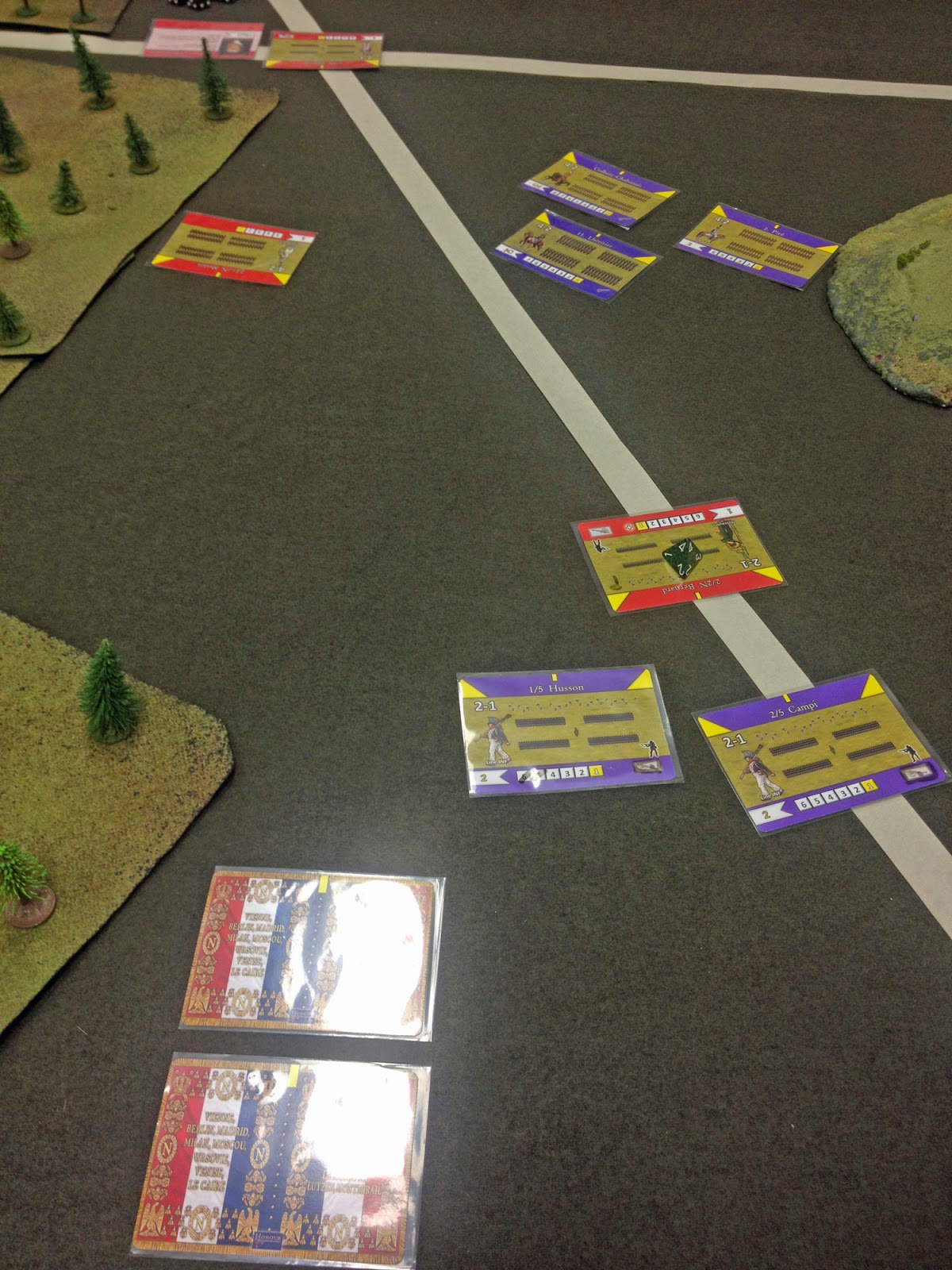 Gary and I took the French, trying to take a garrisoned crossroads, and control a whole road, with a force arriving over several turns. It's true we allowed ourselves to get bogged down by some advanced elements of the Allied force but really we probably couldn't have achieved what we were supposed to with the forces at hand. It also didn't help that when we did commit our troops to combat they behaved abominably - rolling 12 close-combat dice, each with a 50% chance of a hit and scoring two hits total was but one example.

However as an exercise in learning the rules and getting used to the mechanisms it was invaluable. It's a relatively simple game to pick up, with the actual management of the troops being the true skill.

We had a lot of discussion about basing and what scale of miniatures would be best. I can't see us coming to a consensus any time soon.