With Maximilian In Mexico

The complete title of this book is 'With Maximilian In Mexico: From The Notebook of a Mexican Officer' by Maximilian Freiherr von Alvensleben. I was looking through my shelves for something to read on the train to and from Sydney the other day, and this book caught my eye. I hadn't read it for years, so took it along.

It's not a long book; I polished it off during the four hours or so I spent on the train. But it's an entertaining account of one man's adventures in Mexico during what appears to be 1865-67. The author was an officer in the US army during the ACW and after the war went south to throw in his lot with the Imperial Mexican army as part of the Austrian Legion. The tale is full of incident - one proper pitched battle and a number of smaller actions and skirmishes. It also features daring escapes and even has a recurring villain, although this latter feature leads one to the view that some of what the author describes might be, well, made up. Bits of it read far too much like a novel; I found the style reminiscent of Burroughs' John Carter books in places, or Flashman without the cowardice and womanising. My opinion is that the broad sweep of events is true, but that they have been embellished to make the tale more interesting. How many times, for 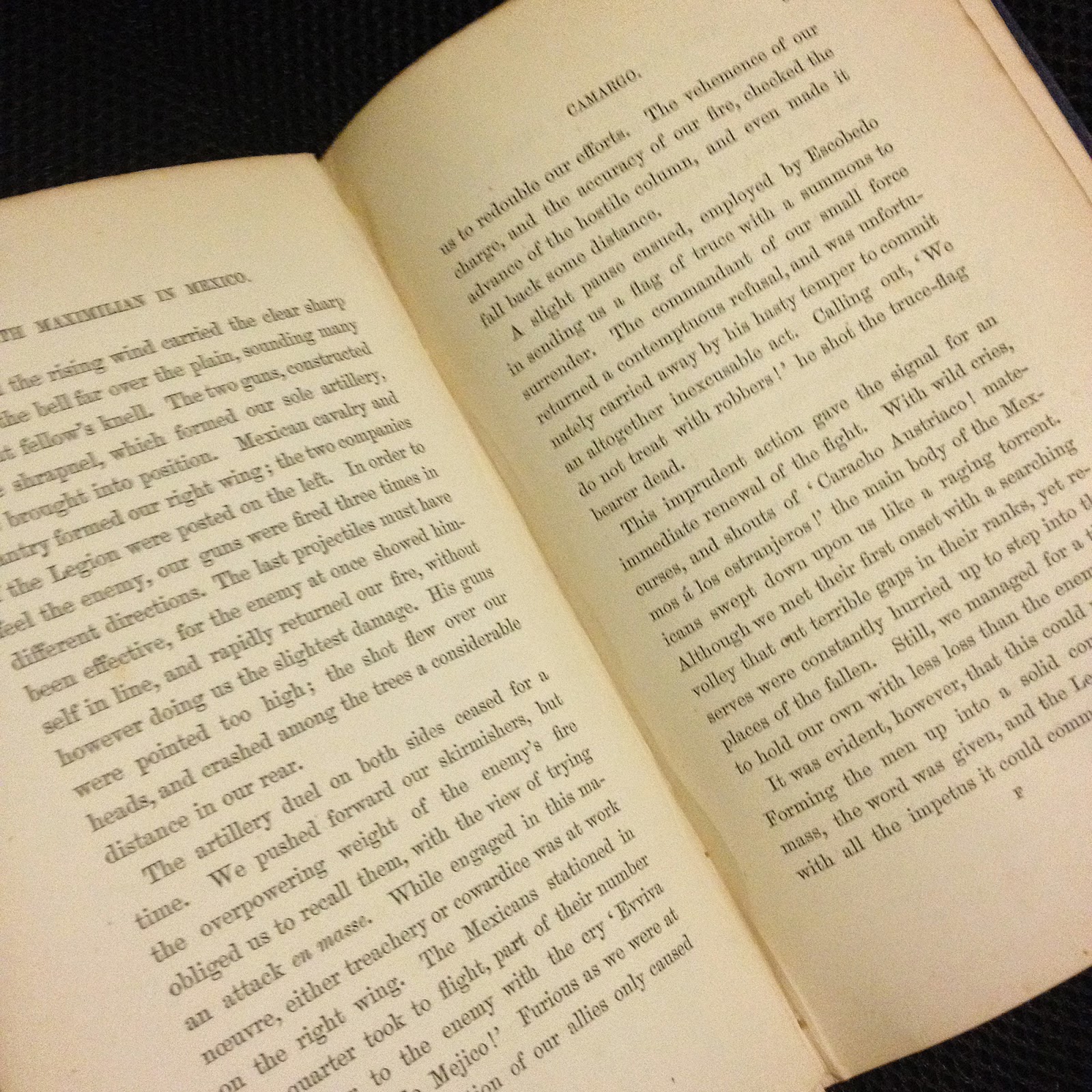 instance, can one man happen to be in hiding at just the right place to hear enemies discuss their plans or engage in expository dialogue? Not as many as Maximilian Freiherr von Alvensleben manages, that's for sure.

In terms of actual detail there's not much of direct use for the gamer here, but the book is useful for colour and embellishment, and maybe a couple of scenario ideas.

The book itself was a pleasure to read and handle; it's an 1867 original edition. Cheap and nasty, to be sure - there's a massive variation in the size of the pages, suggesting it was put together with whatever the publisher had to hand -  but in very good nick for a book that's nearly 150 years old.