Having made a city for my monsters to destroy, I need some more military units to defend it with - at least until the giant mechs are deployed.

I have posted stats for some unit types elsewhere. Here are a couple more. Both groups are 100 point swarms. 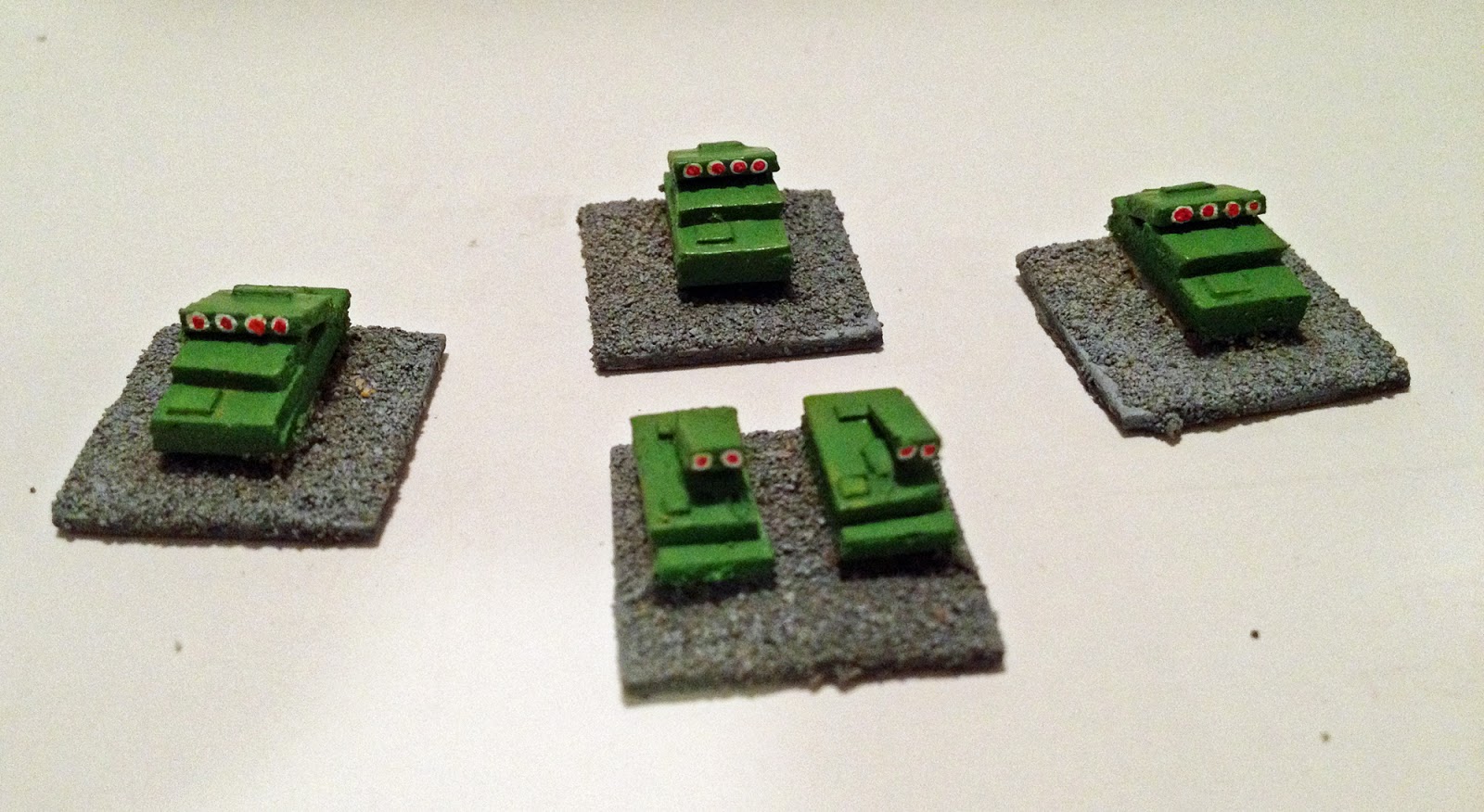 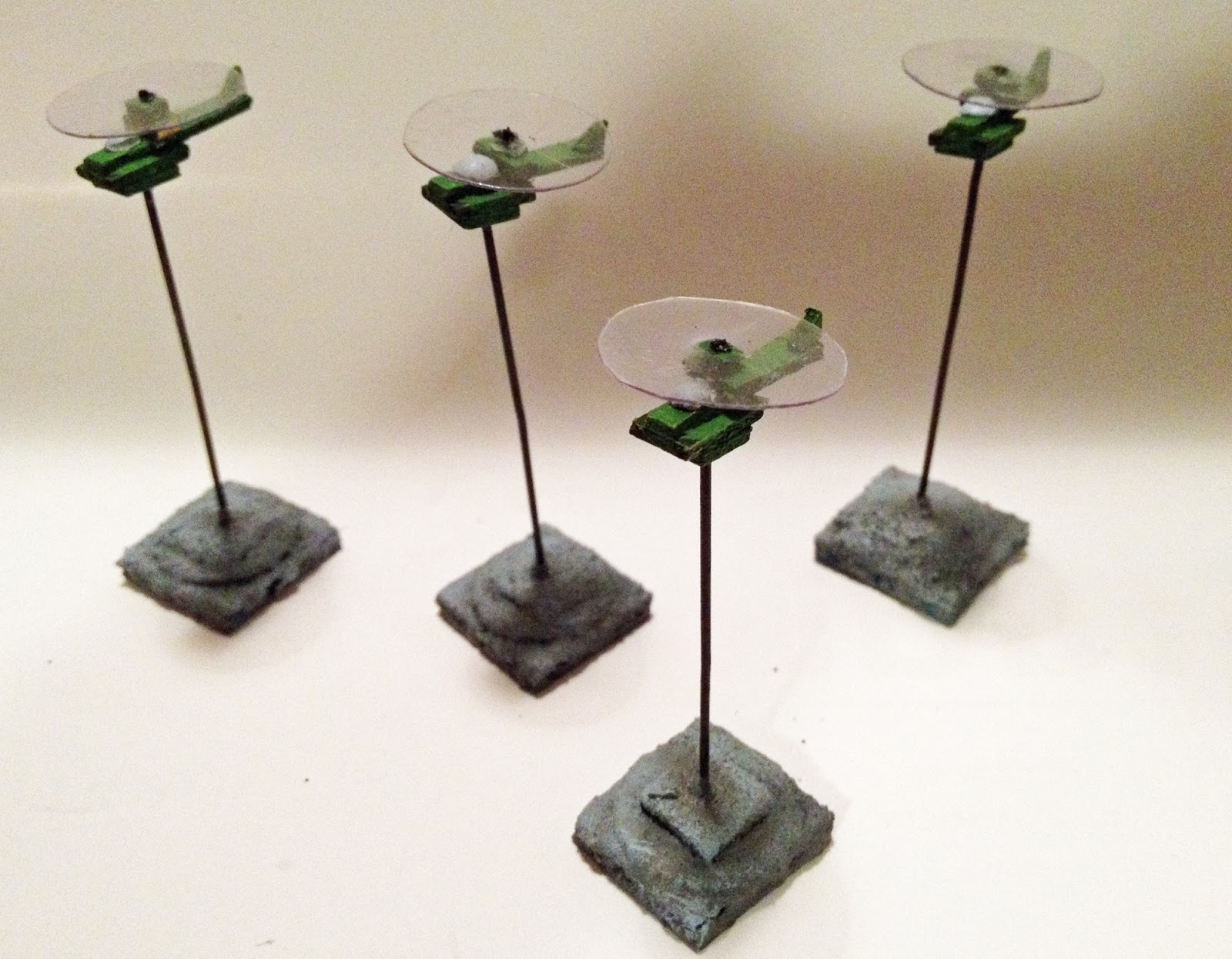 Because it's a house-rule, I'll include repost the rules for Volley Blast.

A combatant with this power has a ranged combat attack that fires a mass of small projectiles that, whilst they are unlikely to cause much damage are very difficult to avoid. When this power is activated, the monster spends 1-5AP (player's choice). It then determines the To Hit number and rolls a D10 for each AP spent. Ignore all rolls except the highest, and compare that to the To Hit number to see if the attack hits or misses. A '0' scores a critical hit as normal. Due to the small size of the projectiles, any target hit by a volley blast must double its toughness before rolling to absorb the damage inflicted by it. When a combatant’s toughness is doubled, the maximum rating it can have is 8. If a combatant’s toughness would be greater than 8, it becomes 8.

Intensify can be found in 'Atomic Super Humans' and allows you to add 1 Wound to an associated blast attack for each additional 2AP you spend above that required to initiate the attack.

The missile launchers are less well-protected than tanks, but are otherwise similar. They have the multi-shot Mechanical Blast instead of the single-shot Ballistic Blast. The helicopters are are relatively agile when it comes to evading close-combat attacks and whilst their individual firepower is basically that of an infantry unit the Intensify ability allows them to deal out the damage if they have enough AP to spare.
Posted by Kaptain Kobold at 21:32