It's been a few weeks since I played HOTT, so a couple of games with Geoff at the club was a very welcome treat last night.
Geoff used his generic medieval armies. In the first game I defended with my Fishmen (although I've just noticed that Geoff deployed a stronghold as well - those DBA habits die hard). 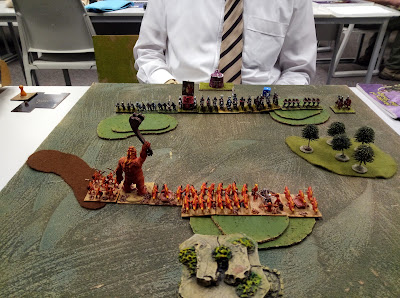 This was his cleric - an impressive clergyman on a cart. Can you guess how Geoff made the banner? 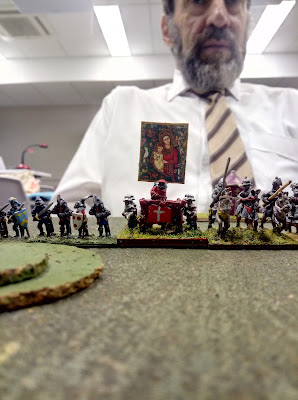 Anyway, the battle started with an ambush by some brigands as the left flank of the Fishmen passed through some mud-flats. 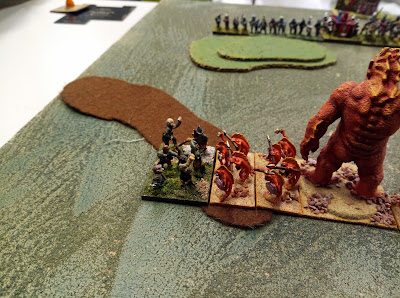 Then the armies plodded towards each other. The Fishman artillery disrupted the advance of the knights opposite them. 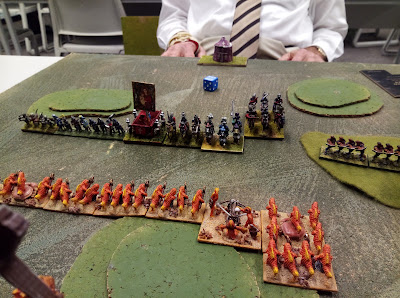 The giant troll was working its was around to the right flank when the armies met. 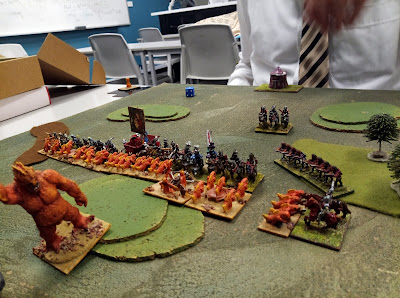 He was therefore in a position to plug a gap caused by Geoff's general boldly riding down my artillery. Geoff wisely had his general retire. 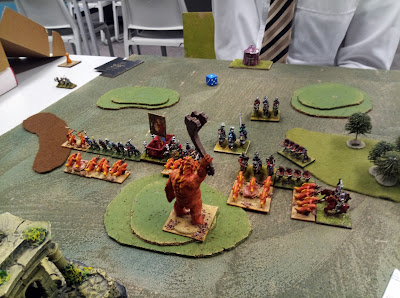 To be honest by this stage I was in a rather sticky situation, as Geoff's knights had ridden down a lot of my army, and I was close to the break-point. But I managed to stage a fight back, and got a few of Geoff's elements in return.

It wasn't enough though. Geoff picked up a final kill for a well-deserved win. 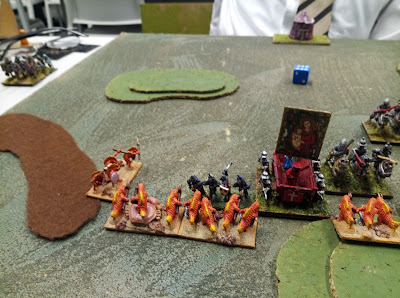 We set up a second game, and this time I switched to Asag and the Stone Allies. Geoff kept the same army, but swapped out his cleric and lurker for a hero. So we both had a hero in play. 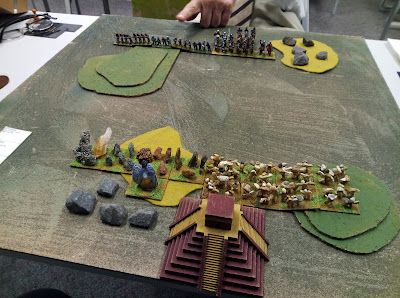 Somehow Geoff's riders ended up fighting my entire mass of hordes. They died rather quickly. 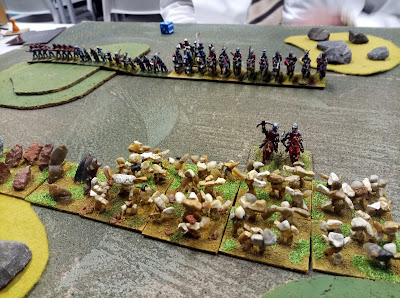 As Geoff's knights approached, the hordes charged them. 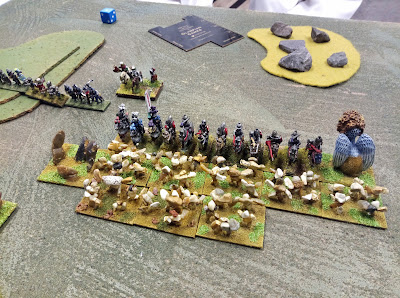 This broke both sides up. The rest of the troops got stuck into each other as well. Losses were about equal on both sides. 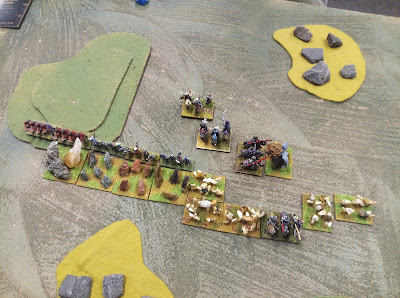 Geoff went for the bold move, and attacked Asag with his own hero. The winner would take the game. The winner was Asag. 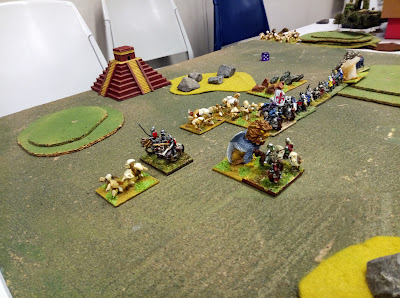 We were happy with our two games, as it meant I could leave early and squeeze in the 'Line of Duty' finale before bedtime. And one win each was a nice result too.
Posted by Kaptain Kobold at 16:26