Our club is providing some demo/participation games at the Illawarra Plastic Modellers' Associaltion open day on Saturday, and I'm going to be running some 'Blood, Sweat & Cheers'. That's why I made that arean over the past couple of weeks and played some solo games. However yesterday I took the game to the club so I could get in some face to face games with Geoff, just to cement the rules into my brain.

The arena looked great in play, and worked OK too; it didn't hinder handling the figures and the grid seemed clear and easy to use..

We played three games. In the first Geoff took Lucius the thraex, whilst I used Victor the crupellarius. 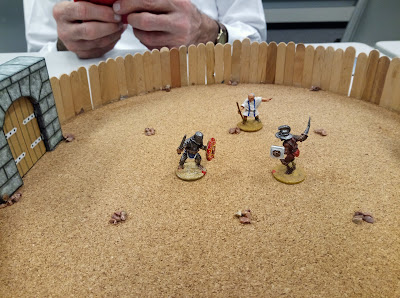 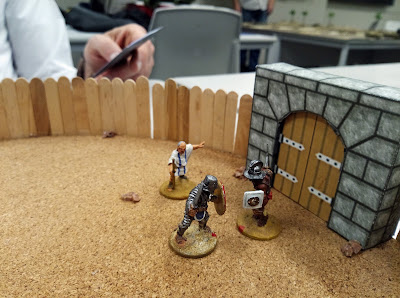 ... but the thraex slowly wore down his opponent to pick up the win. 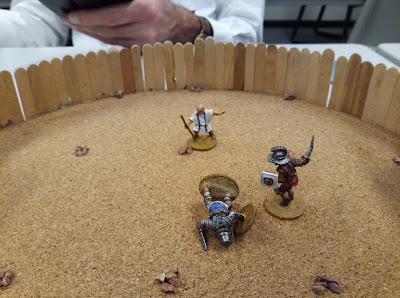 In the second game I had Cygnus the hoplomachus, whilst Geoff used Hermes the murmillo. This was the only picture I took, but basically Cygnus managed to wound Hermes early on with a spear-throw, and the murmillo never really recovered after that. After Hermes was knocked down he was never able to get back into the fight, and Hermes picked up the win. 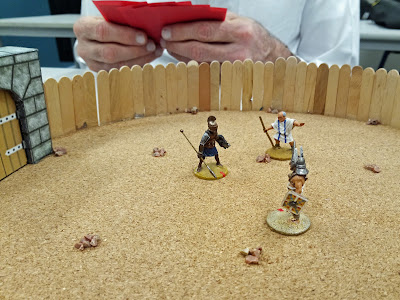 Our final game saw Negrimus (run as a cestus) take on Margareites the secutor. 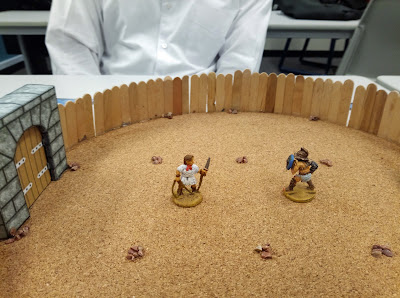 This was a fast-moving fight, with both gladiators being highly mobile - Negrimus through his high speed and Margareites through his special abilities. 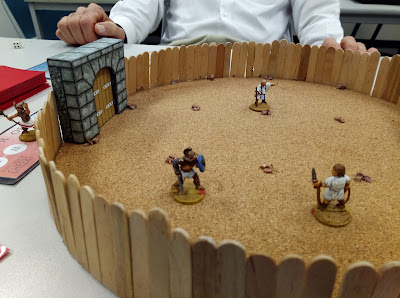 The fight went all over the arena. 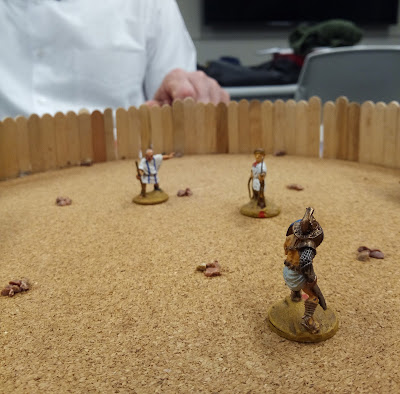 However Negrimus was slowly worn down, and the wounds reduced his speed making him more vulnerable. Margareites eventually managed a finishing blow for the win. 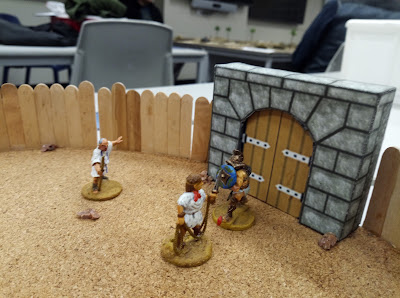 So everything should now be set for some fun gladiator gaming on Saturday. Other members of the group will be running Lasalle on Saturday, and I may be running some Galleys & Galleons later in the day too.