I didn't end up with a club game last night, but I did go along to watch and socialise. We had a good turnout and four games on the go. I managed not to get any detailed pictures of toys, though. 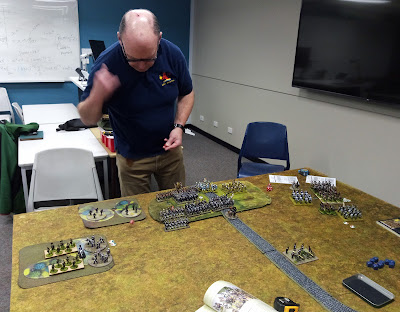 Caesar and Ian were playing Bolt Action - Russians vs Germans. 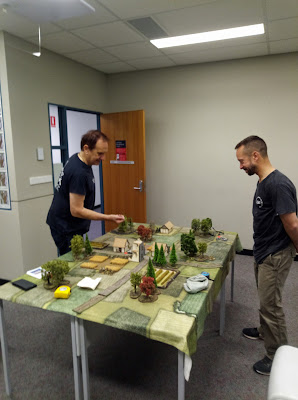 Bryan was running a game of Flames of War. 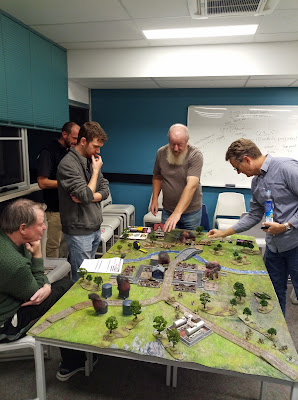 And finally Peter and Geoff were playing a game of Big Battle DBA, with ahistorical armies. It featured this delightful elephant sandwich. 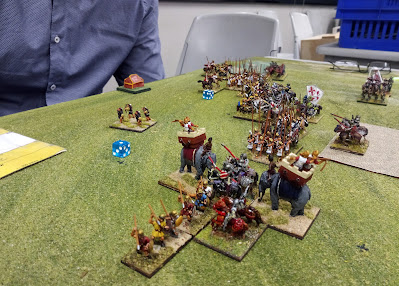