Our club spent Saturday and Sunday at the Illawarra Plastic Modellers' Association show running demo games to introduce wargaming to a wider and intersectional audience. I just did the Saturday (I had a prior arrangement on the Sunday), so that's what this report will cover.

We set up three displays. In the background is the beginnings of a game of Lasalle 2, using 28mm figures. I forget which battle they were refighting , but I think it was an 1809 French vs Austrian encounter. In the foreground are the bits that Catherine and I were responsible for - some Black Seas ships on the right, arranged in a pretty display, and some gladiators, using 'Blood, Sweat & Cheers' on the left. 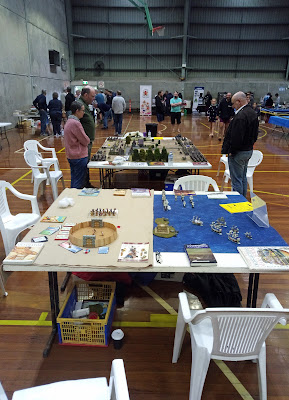 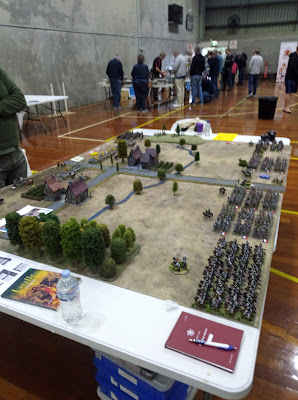 And the ships. The idea was that later in the day we would clear the gladiators away and run a game of 'Galleys and Galleons' (I don't get on with Black Seas), with people possibly joining in. As it turned out we were happy just running the gladiators all day, so the ships were simply a static display. They attracted much interest, though, as you'd expect from a society dedicated to plastic models. 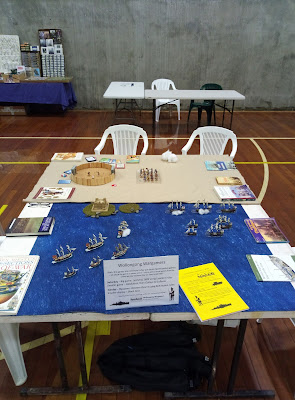 The hall was quite chilly - or at least Catherine thought so.

Anyway, we got on with playing some games in order to attract people's attention. 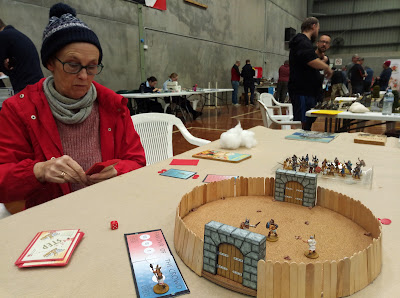 We started of with a simple fight; the murmillo Hermes against the secutor Margareites. 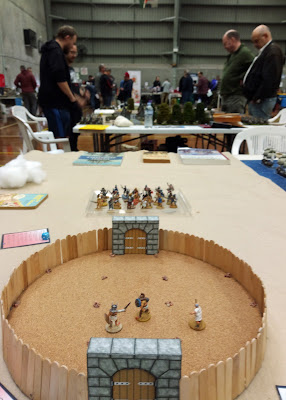 Enough people came past to chat to us that this first bout took an hour to play. We had a wander around the hall afterwards. 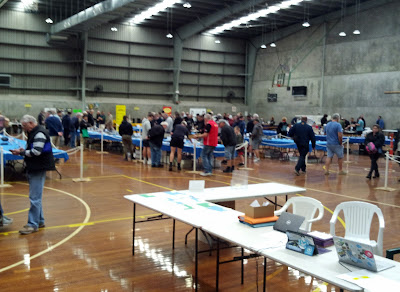 I could have spent all day taking pictures of models to show you. But I didn't. Here's a table of various aircraft categories though. 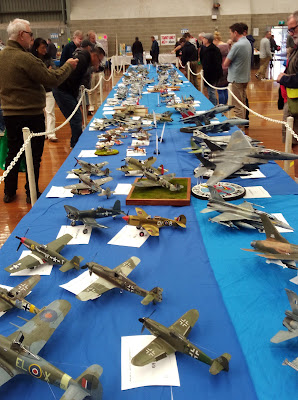 This was spectacular. It's a 1/6th scale Tornado and in entirely 3D-printed. The guy who made it isn't really a modeller in the traditional sense. He works as a designer and did virtual aircraft models as a hobby. A friend convinced him to look at printing some of them, which he'd never thought of doing, so he broke his models down into components, and you can see the result here. 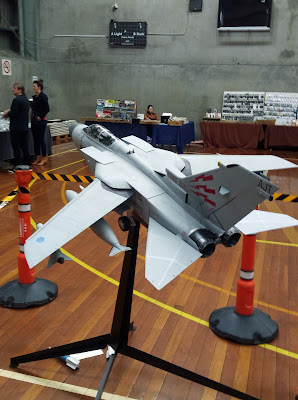 He also did this Concorde. I can't remember what scale it is, but the nose-tilt mechanism actually works. 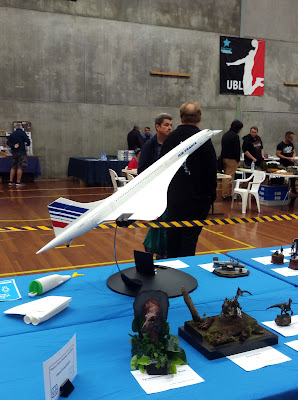 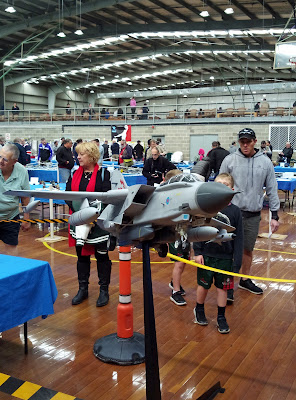 Meanwhile the French and Austrians were getting stuck into each other, and also attracting a lot of  attention. And rightly so. 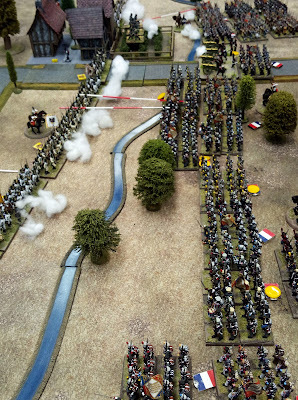 Another model - Gipsy Danger with an improvised weapon. 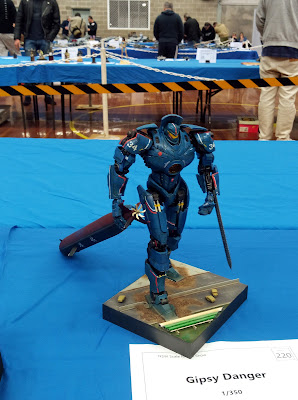 Back to the gladiators - in the next game Mordax the scissor lost to Titan the retiarius. 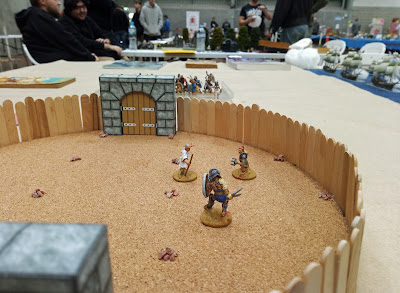 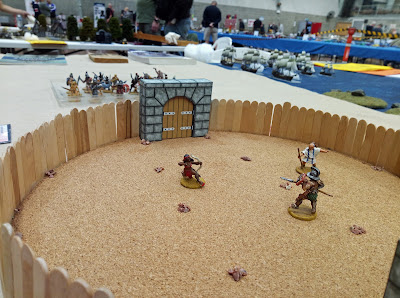 The final game of the day - Sabrata the veles against Scylax the armoured scissor. 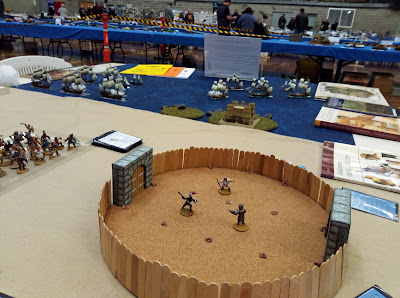 I think there were a couple of games I didn't photograph; I know that Catherine and I ended the day with three games apiece.
It was a fun event, and we got to talk about wargaming to a lot of people, some of whom knew a bit about it and others who were complete novices. Other members of our group took a Bolt Action game along on the Sunday and said that it attracted a lot of interest.

Hopefully we'll get to go back next year.