We had another session playtesting our friend's cooperative Dinosaur Theme-park game on Saturday. To be honest there's not a lot to report. Some of the mechanisms have been simplified, and the graphics greatly improved as well. Gameplay is much the same. 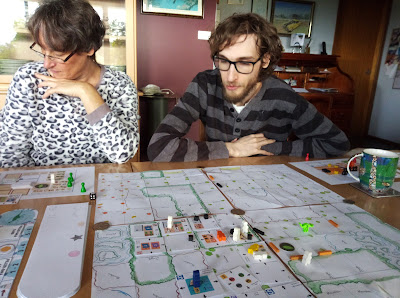 Once more I mined amber and extracted DNA from it ... 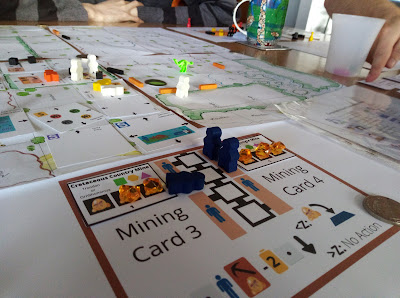 ... and we made some dinosaurs. Some of them came close to escaping into the park. 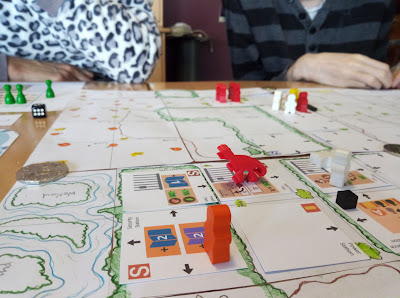 Despite that we won the game, satisfying enough paying customers to make out lenders and shareholders happy. And we fed back some ideas for changes to the game. A lot of those centred around the initial setup, which can bog down with analysis paralysis since getting it right is so critical, but there is also the fact that one of the player roles doesn't have a lot to do, so we came up with some new ways they can interact more directly with the game.