Some of our lockdown restrictions have been eased, and we can now meet up with people outside of our household so long as it's outdoors, in a public space and you're both double-vaccinated. So Caesar and I got together in a picnic shelter in one of our local parks this morning to play a couple of games of HOTT. 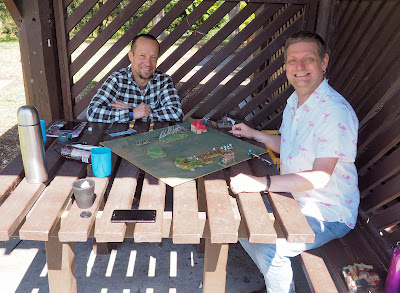 After a catch-up chat and exchange of news, we settled down to our first game. I used my Knights of Simba lion-centaurs - six knights and six warband - whilst Caesar used a Greek army consisting of a couple of knights, four spears, s god, a hero and two warband. 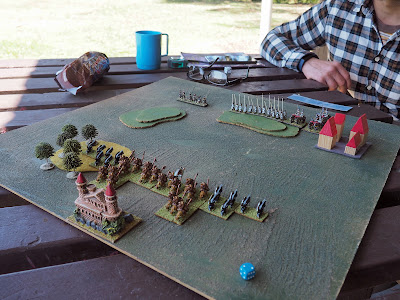 Caesar initially decided to hold his spears on a hill in order to prevent the massed knights opposing him riding them down. He pushed forward warband on one flank and the knights and hero on the other. I had covered my flanks with the warband and massed my knights in the centre. 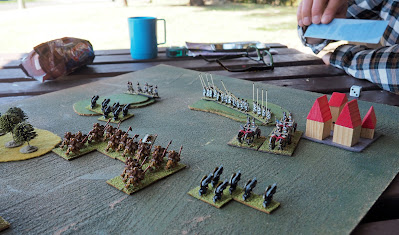 The Greek knights (including their general) were after teh vulnerable warband on my right flank, so I moved a group of my knights out to intercept them. This shaped the action on that flank. 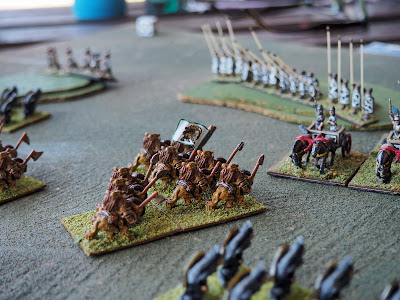 The first combat - knights vs knights. 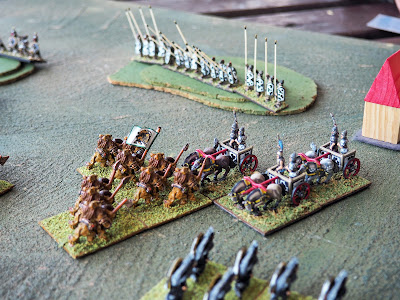 Caesar got the better of it, his chariots driving deep into Simba's line. He tried to organise Agamemnon, (his knight general), and Achilles (his hero) to exploit his advantage. But I was organising a line with my army as well. 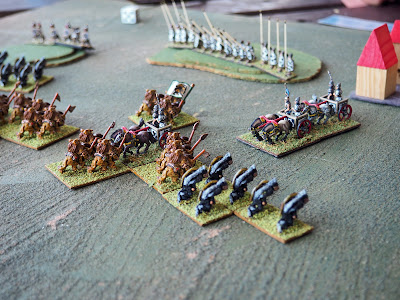 There followed a series of to and fro combats. I had the advantage of numbers, but couldn't win the key fights to make use of it. Caesar's troops kept driving forward and then were pushed back. 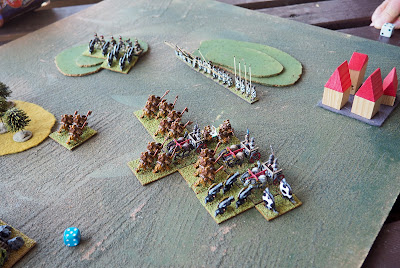 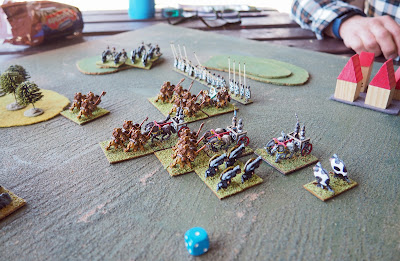 However eventually my Knights of Simba managed to destroy one of the Greek chariots. 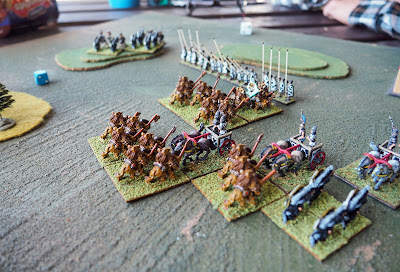 At this point Hermes turned up to assist the Greeks. However he took one look at the situation, decided that they were doing OK, and left. 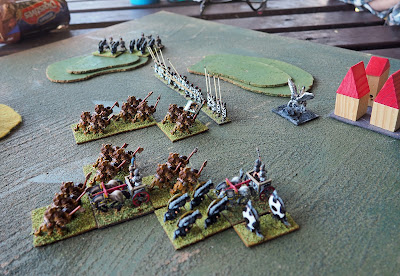 More fighting as the spears joined the fray ... 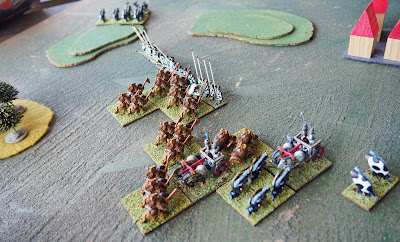 ... saw Agamemnon drive forward almost to the gates of the enemy stronghold. 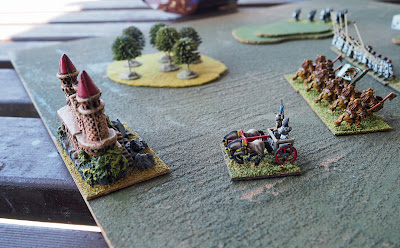 However  Achilles was mobbed by warband and killed, breaking the Greek army. 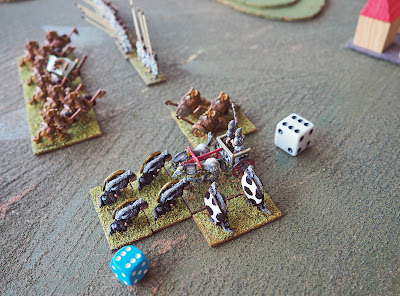 We set up a second game. I used Simba again, whilst Caesar switched to the Army of Rama - a mix of heroes, warband, knights and beasts. 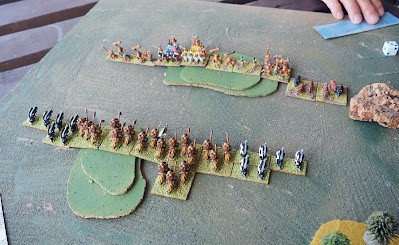 Caesar pushed his beasts forward and they engaged the warband on my right. 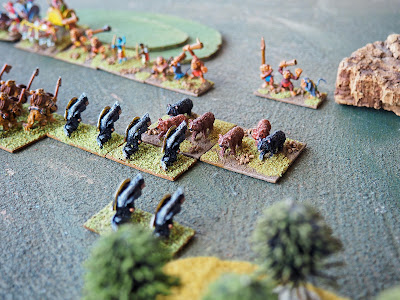 The action was concentrated on the flanks. 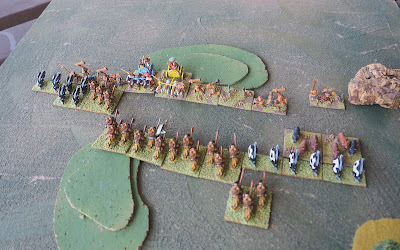 Rama's beasts suffered badly and were soon both destroyed. 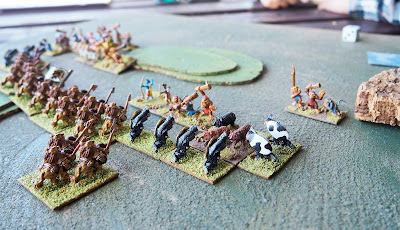 On the other flank a confused fight broke out as Rama's chariot knights tried to engage Simba's warband allies, and the Knights of Simba fought to hold them off and drive them back. 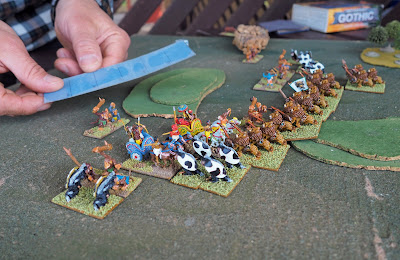 In the centre Caesar had committed the heroes, but knights are actually OK against these. Rama was holding his own, but Hanuman the monkey-king was driven back onto the hill. 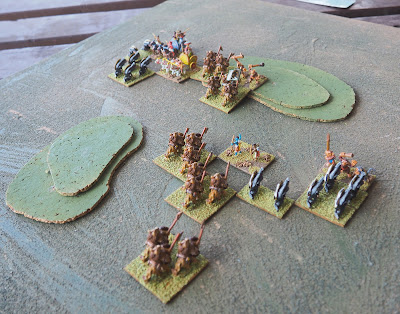 The Knights of Simba won the battle on their left, when Rama's chariots finally engaged the warband there. And lost badly. Accumulated casualties were too much and the army broke. 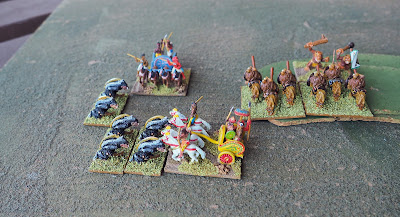 So we had two great games in the sunshine! It was nice to play face-to-face again, and simply get out of the house for something other than a walk as well. I think this is something we might do again.
Posted by Kaptain Kobold at 16:41