With all the ships still on the table it was a simple thing today to run yesterday's action again. Once again the Swedes are on the left - Draken, Stora Kronan and Hieronymous with Fenix shadowing them - and the Danes on the right - Christianus V, Sophia Amalia and Dannebroge, accompanied by Hommeren.

Both squadrons stayed fairly organised this time. The Swedes bore down on the Danes, who held their line. 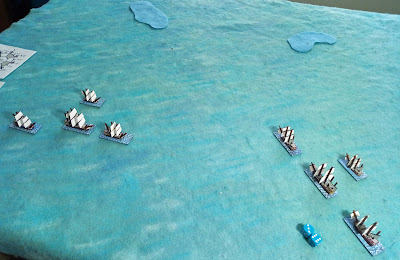 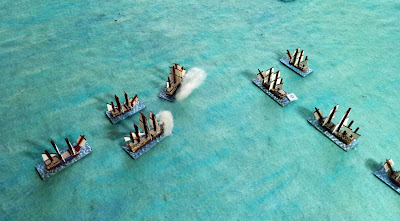 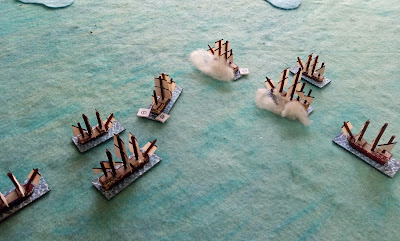 Both sides were exchanging fire now. 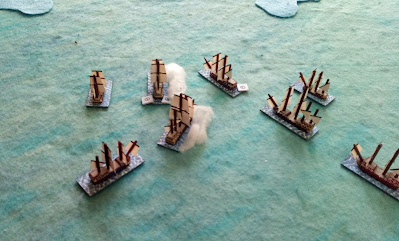 The two flagships are very ponderous. As they closed Stora Kronan found itself unable to turn hard enough, and there was a massive collision, which left both it and Sophia Amalia damaged. 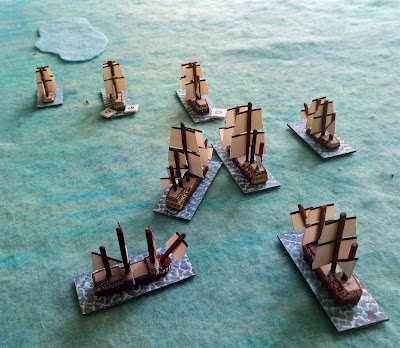 At the rear of the lines Dannebroge managed to rake and seriously damage Hieronymous. 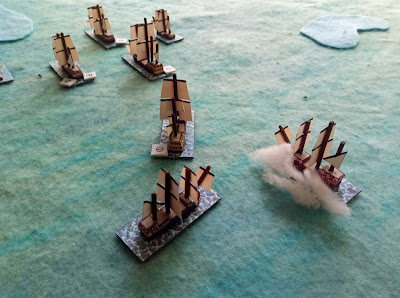 The Swedish ship caught fire, and the crew rushed to contain the blaze. 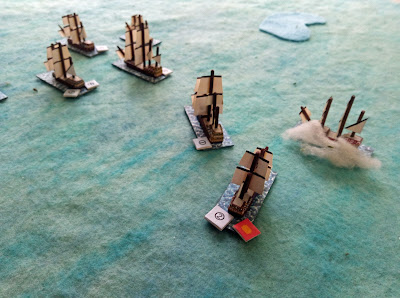 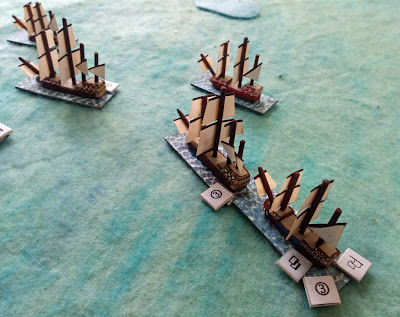 The Stora Kronan's crew were in some confusion now and paying little attention to their helm. They found themselves steering straight for the Dannebroge. With no alternative they threw out grapples and rushed to board the Danish vessel. Initially they had the upper-hand ... 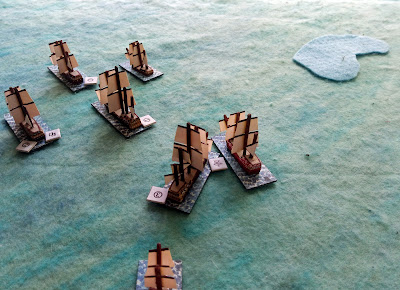 However the Dames quickly rallied, and the Dannebroge forced the battered Swedish flagship to strike. 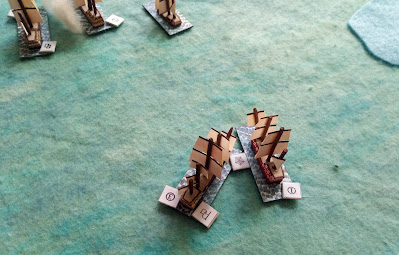 Whilst this dramatic series of events had been taking place, Draken and Christianus V had been firing at each other, and both ships were close to striking. Draken had to steer to avoid the shallows ... 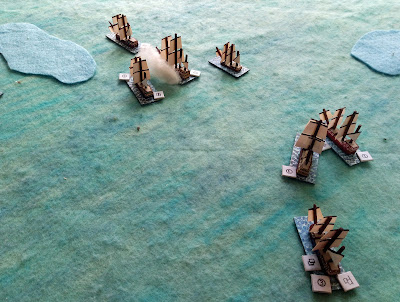 ... and collided with Sophia Amalia. The resulting damage was too much for the surviving Swedish battleship, and it struck. 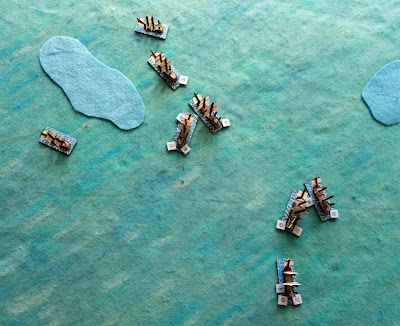 This just left the Swedes with the Fenix, which fled. Neither frigate had been seriously engaged.

The Swedes lost all three of their ships of the line. The Danes had been seriously battered though, with both Christianus V and Sophia Amalia being crippled. Only Dannebroge had escaped serious damage.

This was a much more satisfying game, with both squadrons maintaining some semblence of order for most of the battle, but a lot of it hinging on failed activations leading to rolls on the terrible All At Sea table.

I made two small changed. Excess Hull criticals would only cause a ship to sink if it was, or had previously been, holed. And if a ship took excess damage from a collision, it would sink on a D6 roll of 1-3 and remain afloat but strike on a 4-6. I'll write up my excess damage rules and add them to my house-rules at some stage.