I am terrible for leaving projects half-finished for ages. And this is one of them. I started writing this blog post over a year ago when I decided that what my scratch-built ship collection really needed was some massive Chinese treasure junks. As I did each stage of the build process, I took photos and uploaded them to this draft post. And halfway through the project ... I stalled. So this post has sat in draft form since June last year, and three ships have sat half-painted for that time as well.
Today I finished them!
So here we go. This is how I made some Ming Dynasty treasure junks.
I used the larger lolly sticks for these models. I wanted them to be as big as was practical for my table. They are 60mm long and 15mm wide - about twice the dimensions of my other ships. But I used the same layered construction.

The pencil marks were for positioning the masts. 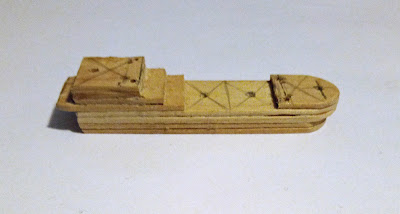 I wasn't quite sure how wild to go with the masts on these ships; some reconstructions show a considerable number, some of them side by side. I opted for six masts in the end, with a pair towards the stern. 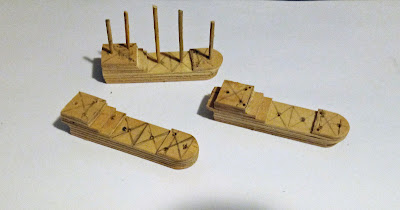 Here's one of the ships next to a galley, so you can get an impression of their size. 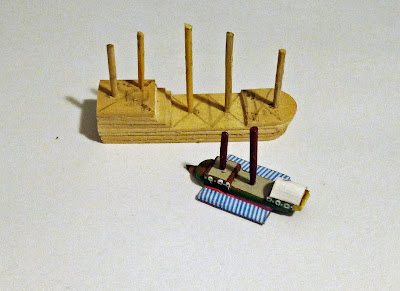 I added some superstructure made from card. With hindsight I think I should have added more, and that's still a possibility. 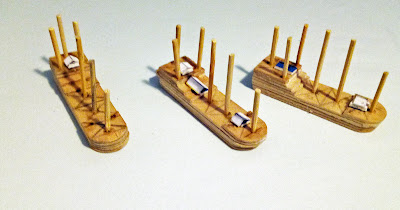 Then I undercoated them. 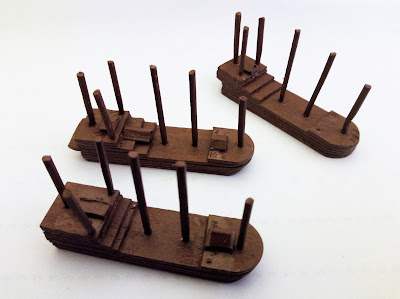 Most reconstructions showed the junks being colourful, so I went with that. This was the start of the painting. And I added some sails made from scored craft-paper. 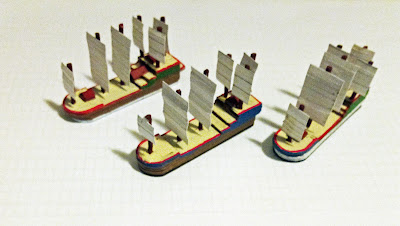 And that's basically how they sat for over a year. I had painted most of the details, but the sails, final detailing and basing still had to be done.
Today I did that, and here's the finished models. 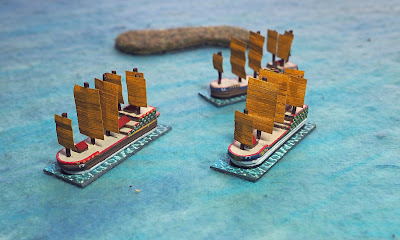 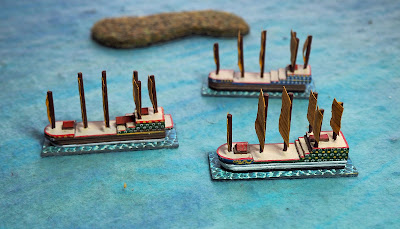 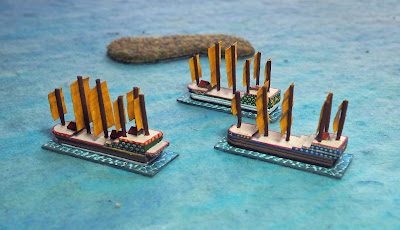 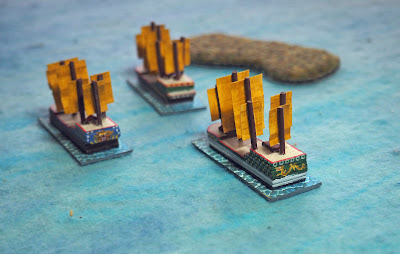 Again, here they are with one of my European ships so you can get a feel for the size. 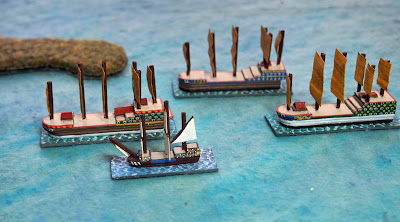